Tax in Europe: what corporations need to know

With the tax environment in the US – and Germany specifically – in flux, corporations need to be equipped for changes ahead 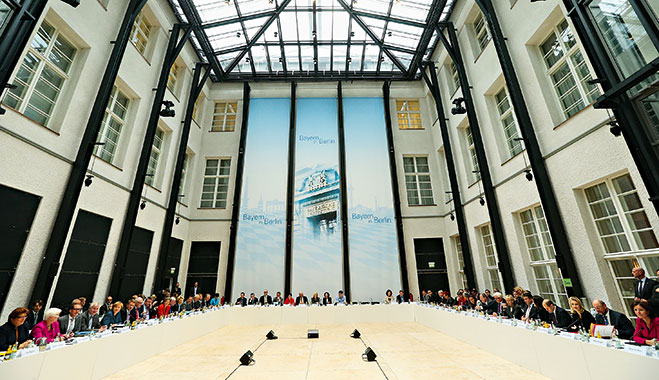 Members of the German coalition arrive for negotiations at the Bavarian state capital: Their decisions about tax will have many implications for corporations in Germany and Europe
Tax | Wealth Management
Author: Alexander Hemmelrath

Alexander Hemmelrath has unparalleled experience in tax advice in Germany. With 30 years of experience in international tax law as a tax practitioner and a university professor, Hemmelrath has observed a changing tax environment in Europe. He has now brought his expertise to Norton Rose Fulbright, in a bid to combine their international legal know-how with his skills in tax structuring. Here, he talks to World Finance about the evolving global tax environment and what companies can do to remain efficient.

What are the most significant tax concerns affecting Germany and Europe right now?
We do not yet know what the new government will implement in terms of tax. After this year’s general election a coalition between the Christian Democrats and the Social Democrats formed the new government in Germany. The Social Democratic Party has already announced a number of ideas about where they want to increase taxes and to develop new taxes, but in their election campaign the Christian Democratic Party had stated that they do not want to increase taxes. The Social Democrats have also suggested implementing a new net-worth tax. The coalition agreement does not provide for any immediate tax increases. But we simply do not know what the coalition will decide during the forthcoming four years, and whether Germany will eventually end up with tax increases or new taxes.

Presently, I think Germany has a strong economic position, not only domestically, but within the EU

Presently, I think Germany has a strong economic position, not only domestically, but within the EU and in a global context; we are still gaining from the reforms implemented by Gerhard Schröder during his time in government – such as the so called “Agenda 2010”. In this set of policies, corporate taxes were decreased and new developments including labour laws were implemented which formed the platform from which the German economy developed significantly. If the tax environment were to change or taxes were to be increased, the environment for employers and corporations would deteriorate, which might in turn damage the German and the European economy. While this would not happen from one day to the next, new amendments to Agenda 2010, that may be implemented today, will have an influence over the next five to ten years. For the time being, we can only hope that the new government will be wise enough not to try to implement a new legal environment, which may potentially cause a negative turn for the economy.

What are the most significant tax trends you have observed?
On an international level there is an ongoing discussion about how to close any existing tax loopholes. There is a rather large debate going on between governments all over the world to try to avoid the erosion of their tax base to the advantage of other countries. Therefore, tax planning in an international environment is getting more and more difficult.

After having had discussions about big international groups who managed to decrease their tax loads internationally to substantially lower rates through resourceful tax planning, governments are now trying to save their own pieces of the international tax cake and are doing so by trying to implement domestic tax laws that avoid too aggressive tax planning in an international sphere. However, these measures to prevent misuse of the tax regulations in place do also increase the risk of double taxation. Another issue, particularly from a German point of view, is that the possibility to invest money abroad, without being closely observed by the authorities, is getting more and more difficult. The burden for investors is becoming increasingly heavy.

[T]he possibility to invest money abroad, without being closely observed by the authorities, is getting more and more difficult

There is also a trend among international authorities to urge individuals and corporations to be compliant with the applicable tax laws. This is also affecting our opportunities to structure taxes in a way that make investments efficient. Using different tax jurisdictions for investment structures means that investors are – more than it has been the case in the past – frequently on the verge of non-compliance. There are of course still possibilities, but tax planning and structuring is becoming more and more complicated.

You’ve recently joined Norton Rose Fulbright. How will this benefit your clients?
Norton Rose Fulbright is a global firm; it is one of the only ones in the field that have offices all over the world. The benefit for the clients is in the international style and profile of the firm, as many of them have international investments and international interests. This internationality is really important for my clients, as I am personally able to concentrate on tax advice, while Norton Rose Fulbright’s lawyers can support me globally with the legal part of what I am structuring tax-wise, as well as drafting contracts and negotiating what my clients need in order to get the most suitable tax structure. Nothing will change due to me joining Norton Rose Fulbright as far as my clients are concerned. I will continue to do what I have done over the past 30 years. The main focus of my business will not change. What will change, however, are the internal mechanics of the job, as I am currently busy building a team of corporate tax lawyers in Germany. Right now I am concentrating on the acquisition of good staff. In addition to my client work, this will require a lot of my attention.

In what ways are you hoping to expand Norton Rose Fulbright’s tax services?
Norton Rose Fulbright – particularly the Norton Rose part – follows the typical UK approach to tax in that tax advice is regarded as an additional service provided by a corporate law firm, but not as an autonomous business unit. What we are trying to establish is a tax department built in a way that it has its own clients and its own business environment and can be an independent unit within, of course, a strong team of corporate lawyers.

How has your career evolved over the years?
My career started in the early 1980s, at Peat Marwick – what is today called KPMG. I started in the tax department of this major accounting and auditing firm. This was the basis for establishing my own firm in 1987, which was a multidisciplinary firm of lawyers, tax advisors and certified public accountants. In Germany it is possible to combine auditing, tax advice and legal advice, which is not the case in most other countries in the world.

In 2005, many of my team joined me when I went to work with Mazars, another audit firm. I tried to build up legal and tax advice there, but because of many conflicts of interest I decided to leave and join a German tax consulting firm linked to Siemens. However, as this firm solely provided tax advice, I decided to leave in search of a firm that could offer me the legal support I need for my clients. That was when the partners of Norton Rose Fulbright approached me in Germany. I was attracted by their international background and really strong legal practice, which can help me with the implementation of my core business of tax planning.

Does your past experience in accounting have a part to play in your tax services?
Auditing and tax are a common combination. The big four auditing companies are combining audit and tax advice services. But the combination of auditing, tax advice and legal advice is challenging, because you can end up with a conflict of interests. The environment for lawyers is getting more and more complex all over the place, while at the same time auditors really have to remain independent and can no longer offer tax and legal advice in situations where they are auditing. Therefore, it is becoming more difficult for audit firms to offer tax structuring advice and legal advice.