Hellenic Asset Management: the Greek economy is finding its feet after years of financial woe

The 2008 global financial crisis brought Greece to its knees. Although it has taken time, the country now has the foundations in place to bring reliable and long-lasting strength to its economy 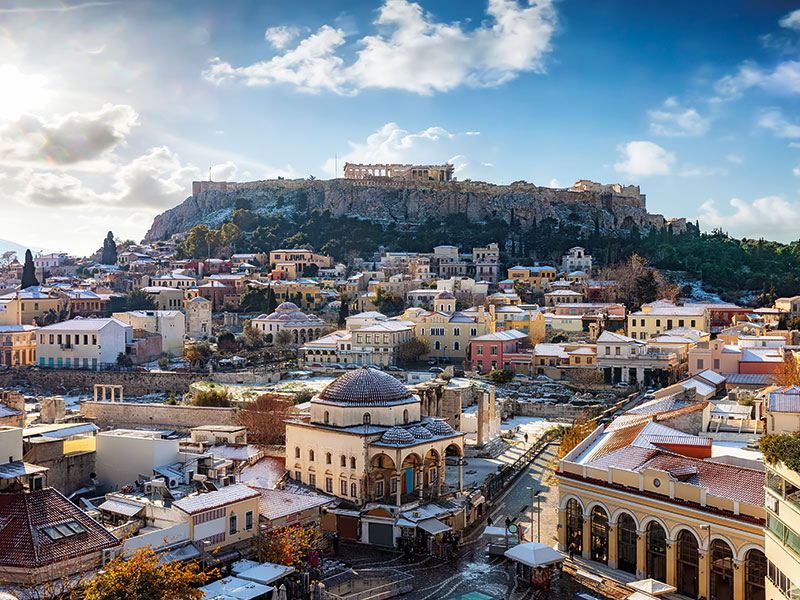 Athens, Greece. In recent years, there has been a huge demand for assets in Athens, Thessaloniki and other major cities in the country
Asset Management | Featured | Wealth Management
Author: Michail Kougioulis, Investment Strategist, Hellenic Asset Management

On December 31 last year, members of the Athens Stock Exchange celebrated not just the arrival of 2020, but also being named the best-performing stock market in the world in local currency terms. This was a return to form for a stock market that faced a collapse in valuation in the years following the global financial crisis. Investors must question what happened between 2008 and 2018, what caused the turnaround in 2019, and if the country will see flat or negative performance this year.

The global financial crisis of 2008 hit the debt-fuelled country with fury. Once the flow of cheap funding dried up, Greece was forced to deal with its perennial balance deficit by cutting spending and increasing taxes. Unfortunately for the private sector, the public sector was able to coerce successive governments to tilt the balance towards increasing taxes rather than cutting inefficient public spending. This, together with the tax authority’s inability to broaden its tax base, led to unproductively high taxation on property instead of income. The result was a collapse in domestic GDP, an explosive increase in corporate and personal bankruptcy and record unemployment.

In free fall
To put some numbers behind Greece’s collapse, GDP fell by 26 percent between 2007 and 2014, unemployment hit a high of 27.8 percent in September 2013, and nearly 500,000 Greek professionals emigrated between 2010 and 2015 in search of a better future. Banks, which were the traditional vehicle of funding in the economy, found themselves suffering from losses to their Greek government bonds (a haircut of which was agreed on by Greece’s creditors in 2011), as well as a staggering increase in non-performing loans, which hit 48 percent of outstanding loans in September 2016.

The severe economic collapse Greece was facing did not only lead to reduced wages for those who stayed and mass emigration for those who could afford to leave – it also dealt a death blow to the bipartisan politics that was the norm in the decades that followed seven years of military dictatorship. The agent of change was the radical left Syriza party, which came into power promising to go against the Brussels diktat. Its threat to leave the eurozone was met with polite acceptance in the corridors of power and massive money transfer out of the Greek banking system by domestic account holders.

With the country operating outside the agreed framework with its creditors, the European Central Bank was forced to end its support of Greek banks. Capital controls were introduced to avoid a bank run, signalling the low point of the country’s financial crisis. The Syriza government tried to stabilise the country, but the mix was always pro-public-sector, anti-privatisation and ultimately anti-growth. However, this episode was not without merit, as it convinced enough of the electorate that anti-establishment policies are, at best, theoretical constructs with limited applications or, at worst, populist ideas masquerading as realistic alternatives to painful remedies.

By 2019, the government had lost a big proportion of its electoral support, and market participants – both local and foreign – started looking ahead to a new government. This government would be based around the centre-right New Democracy party and its new liberal-conservative leader, Kyriakos Mitsotakis. As the date for elections approached, the stock market started reflecting the hope that New Democracy would win an outright majority and be able to steer the country in a new direction, unburdened by the complications of power-sharing in a coalition government.

Indeed, in 2019, the Athens Large Cap index was up 39.98 percent for the year until the election date. Mitsotakis lost no time in passing laws throughout the summer foregoing the traditional summer break of Greek governments past. However, it is crucial to recognise that much of the positive stock market performance was in anticipation of economic or policy improvements, and not a result of government actions. The yield of the 10-year Greek government bond fell from 4.4 percent in January 2019 to 2.16 percent just before the elections. While markets were still shut for Greek corporations, sectors such as real estate started seeing increased investor demand and high year-on-year increases in valuations. On the up
Today, investors the world over are questioning whether the new government will deliver and if Greece’s economic recovery has longevity. At Hellenic Asset Management, we believe in Greek recovery. On the macro front, GDP figures for the third quarter of 2019 showed the 10th consecutive quarter of positive real GDP growth (see Fig 1), while the EU Commission predicts Greece’s economy to grow by 2.3 percent in 2020.

In addition, Greek bond rates have been falling, with the 10-year bond trading below one percent for much of February. Rating agencies have also improved their outlook on the Greek economy, although it is worth noting that government bonds are still rated below investment grade. At present, investors are showing great demand for new corporate issues, senior corporate debt and subordinated bank debt. The improvement in government bond yields can be partly attributed to the adjustment process starting to bear fruit.

Excluding interest payments, Greece now runs a fiscal surplus and the current account deficit has contracted by more than 12 percent since its peak in 2007. Moreover, as a result of a comprehensive agreement with its creditors, Greece’s debt profile is on a sustainable downward path, expected to dip below 100 percent by 2060. The government’s commitment to structural reform could reduce the agreed-upon primary surplus as a percentage of GDP from 3.5 percent to something closer to two percent, which could provide a huge boost to growth through tax cuts and development funds.

On the corporate side, following internal devaluation and a collapse in local wages, Greece has regained competitiveness compared with other European countries. Moreover, the new government has already slashed corporate tax rates from 28 percent to 24 percent. Social security contributions have been cut, dividend tax has been reduced to 10 percent and a much-maligned property tax, which was thought partly responsible for the collapse in real estate prices witnessed after 2010, has also been lowered. These measures, together with an increase in positive consumer sentiment, are poised to benefit Greek businesses that, having survived the crisis and capital controls, are now operationally geared towards growth.

Beyond financial markets, the sector with the greatest momentum in Greece right now is real estate

The banking sector is still plagued by large non-performing exposure (NPE). All systemic banks have undertaken a huge effort to cut costs, sell assets to private equity funds and utilise the government’s NPE-reduction programme. These efforts should contribute to higher credit growth and the turnaround of zombie businesses.

The final leg
Beyond financial markets, the sector with the greatest momentum in Greece right now is real estate. In recent years, there has been a huge demand for assets in Athens, Thessaloniki and other major cities in the country. Investors are concentrating on prime properties that have the potential to be redeveloped into high-end hotels or A-rated offices.

To put this into context, residential real estate saw its peak in the third quarter of 2008. Prices subsequently fell by 43 percent until they bottomed out in the fourth quarter of 2017. Since then, the market has increased by 11.9 percent according to the most recent data from the Bank of Greece. Increases in real estate valuations and the ever-growing demand for buildings in major Greek cities are beneficial not only to the buildings’ owners, but also to Greek banks who hold a large number of properties as collateral to non-performing loans.

The final leg of this recovery story is the privatisation programme, which is gathering momentum after the previous administration’s half-baked efforts. The massive Hellinikon Project – an €8bn ($8.7bn) infrastructure plan – has received the go-ahead, and we are expecting bulldozers to hit the ground in the first quarter of 2020. Complications with permits for the Skouries gold mine have been resolved, allowing its owner to proceed with investments of approximately €1bn ($1.1bn). Piraeus Port Authority’s upgrade master plan has been approved, releasing an estimated €600m ($653m) of funding. Additionally, the sale of a portion of Athens Airport, Hellenic Petroleum and DEPA will all increase investment in the country’s infrastructure. All in all, Greece is making the right moves to increase foreign direct investment and reduce unemployment.

The key to Greece’s growth is the desire of both the country’s government and its citizens to break with the past and embrace best practices in the management of the country and its corporations. While this is a difficult process, made more complicated by Greece’s fragile geopolitical situation, we are seeing positive effects. Fast-money managers have confirmed their desire to participate in Greece’s recovery through ownership of Greek government bonds. All eyes are now on corporations, big and small, to test the waters with increased foreign direct investment flows. Anecdotal evidence suggests the economy is already benefitting; our bet is that Greece’s recovery will continue to go from strength to strength.