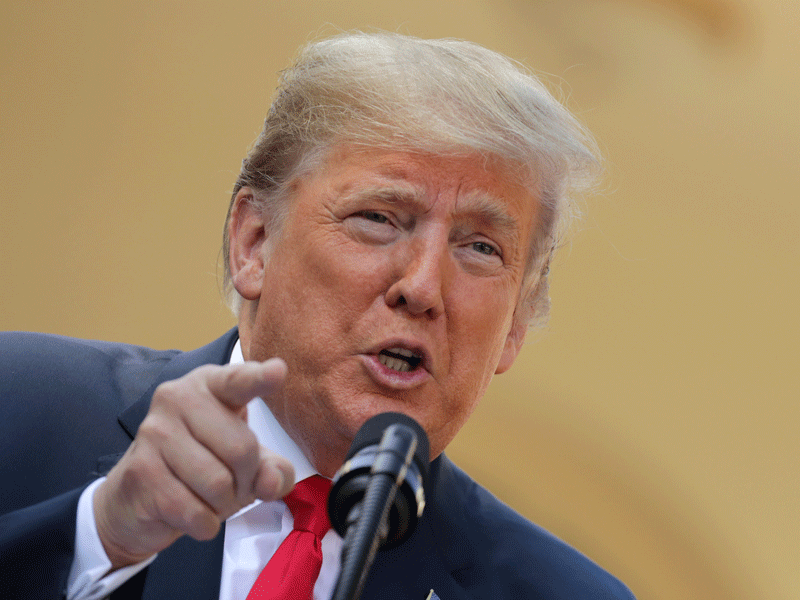 As well as the potential illegality, the newspaper's report casts significant doubt on much of Trump’s rhetoric regarding his status as a self-made man
Tax
Author: Sophie Perryer

New York state tax officials have opened an inquiry into the Trump family’s business dealings, prompted by the results of an extensive investigation by the New York Times, released on October 2.

The centrepiece of the material comprised tax returns from the president’s father, which substantiate claims that Trump avoided tax through a variety of deceptive practices

The investigation challenges Trump’s claim that he is a ‘self-made billionaire’ by revealing that he received at least $413m in today’s currency from his father’s property empire, much of it as a result of fraudulent tax dealings in the 1990s.

The paper trail
Journalists at the New York Times studied over 100,000 documents that detailed the machinations of Trump’s father’s business empire. These included documents from public sources such as mortgages and deeds of properties owned by the family, as well as confidential files including bank statements and invoices.

The centrepiece of the material comprised over 200 tax returns from Fred Trump, the president’s father, which substantiate claims that Trump avoided tax through a variety of deceptive practices.

The investigation highlights ‘dubious tax schemes’ as well as ‘instances of outright fraud’ that the family engaged in. These include the establishment of a sham corporation by the president and his siblings to conceal millions of dollars of gifts, as well as the filing of incorrect property valuations to reduce tax bills.

Over the course of their lifetime, Mary and Fred Trump transferred over $1bn in wealth to their various children, which under the 55 percent tax rate imposed on gifts and inheritances at that time, should have incurred a tax bill of over $550m. However, Donald and his siblings paid a total of $52.2m, only around 5 percent, according to tax records seen by the publication.

A firm rebuke
Charles J. Harder, a lawyer representing the president, provided the following statement on October 1: “The New York Times’ allegations of fraud are 100 percent false and highly defamatory. There was no fraud or tax evasion by anyone. The facts upon which the New York Times bases its false allegations are extremely inaccurate.”

This statement would suggest that the president is employing his typical ‘fake news’ rhetoric to pour scorn on these allegations. The President’s dislike for liberal media outlets such as the New York Times is well-documented and he has been known to accuse the paper of falsifying reports on various occasions in the past.

Many others, however, are not willing to set aside these allegations so lightly. One of those parties includes the New York State Department of Taxation and Finance. It told World Finance: “The Tax Department is reviewing the allegations in the New York Times article and is vigorously pursuing all appropriate avenues of investigation.”

The US tax system is filled with loopholes, and enterprising tax lawyers cautiously walk the line between legal tax avoidance and illegal tax evasion to get the best deal for wealthy clients. The investigation indicates, however, that the Trump family may have trespassed into illegal territory on multiple occasions.

It remains to be seen whether there will be any penalties for Trump as a result of this investigation. Professor Alex Raskolnikov, a specialist professor in international tax law at Columbia University, explains: “The internal revenue code does have a statute of limitations for civil offenses and for criminal ones as well.  Both statutes have run for returns discussed in the New York Times article.”

He added: “However, civil fraud is not subject to the statute of limitations. Moreover, even when a tax return is audited and ‘closed’ by the IRS, if the IRS later discovers fraud it can reopen the tax year. If it does and finds fraud (civil), the penalty is 75 percent of the underpayment. That penalty, plus interest for many years, can amount to a large sum.”

There are also other ways in which Trump could be investigated for these claims. Alistair Bambridge, Director of Bambridge Accountants, told World Finance: “It is well-documented that one of the main things that Trump relies upon financially is a series of losses and credit from carryovers. No-one knows when these carryovers started, due to the fact that Trump has not released his tax returns to the public, so they could date back to 20 or 30 years ago. Therefore, although the statute of limitations has run out on the original losses, if they were carried over into any of the past three years, the IRS could still investigate. The same goes for any of the allegations relating to Fred Trump – although the IRS cannot posthumously investigate his tax record, if Donald Trump or any of his siblings have received benefits from Fred’s assets or trusts in the past three years, that would be grounds for an enquiry.”

Bambridge added: “The question is whether the IRS has the appetite to pursue the President of the United States – they may opt to go after periphery figures instead.”

The self-made fantasy
The investigation also calls into question much of Trump’s rhetoric surrounding his status as a self-made man. It also brings to light the inaccuracy of his well-rehearsed story that he accepted a $1m loan from his father and transformed it into a $10bn empire.

The New York Times states in its report: “what emerges from this body of evidence is a financial biography of the 45thpresident fundamentally at odds with the story Mr Trump has sold in his books, his TV shows and his political life.”

Much of Trump’s presidential campaign rested on his supposed responsibility for his own success. He has previously claimed that he received very little financial help from his father. However, the documents examined by the report highlight that the president was earning $200,000 annually by the time he was three years old, and was a millionaire by the age of eight. The financial aid that he received from his father continued to grow year on year until his death in 1999.

Change of fortune
The release of the New York Times investigation findings also coincided with a Forbes report stating that Trump has fallen 138 spots on the publication’s list of the richest people in the US.

Forbes’ valuation of the president’s net worth is also at odds with Trump’s own declaration. In a break with decades of precedent set by past presidential nominees, Trump refused to release his income tax when he ran for office, instead electing to disclose his net worth, which he claimed to be “$10bn”.

However, according to the Forbes 400 list, Trump was only worth $4.5bn in 2015 when he ran for office, and since becoming president, that number has fallen to $3.1bn.

Measuring the aftershock
This is not the first time that Trump’s credibility with regards to the financial transparency of his business dealings has been challenged. An investigation by the Palm Beach Post found that Trump and his lawyers had omitted details from a written agreement with Palm Beach officials to ensure that he would get a $5.7m tax break on his Mar-A-Lago property back in 1993. This tax break deduction previously appeared on the IRS’ list of “Dirty Dozen Tax Scams.”

The New York Times’ investigation, though, is the first significant assembly of documents of this sort and represents a huge investment of time and manpower by the paper. It is also the first time that a sitting president has been accused of a personal financial scandal of this scale.

Responsibility to decide on the appropriate legal proceedings now lies with the New York tax department. But decisions on the larger moral implications of this investigation lie with the American people. Tax evasion is not usually a partisan political issue, but in the US’ current, highly polarised political climate, it may become one.

Personal implications of this allegation for Trump himself could be two-fold. Concerning the legal aspect, this could force the president into being more transparent about his own business dealings. With regards to his reputation, the impact of these revelations on voter confidence will be borne out in his approval ratings, as well as in the run-up to the 2020 election. In the meantime, while the White House brushes off the claim in a vain attempt to move on to the next news cycle, many others will not be so dismissive.