Europe’s financial sector is bracing itself for one of the most complicated and broad-reaching pieces of legislation to come out of the EU. MiFID II will cost firms billions 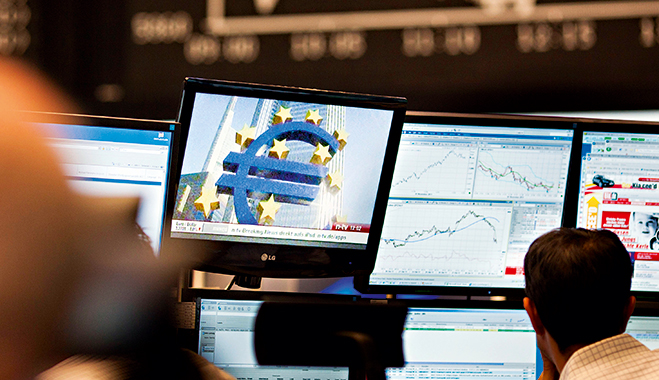 MiFID II, one of the most expensive regulatory systems in recent years, is set to reach Europe's financial sector in 2017
Wealth Management
Author: Sandra Kilhof

ESMA, the EU’s overarching markets regulator, has recently faced questions from banks and trade bodies about the Markets in Financial Instruments Directive, Mark II (MiFID II), which is set to sweep Europe’s financial sector in 2017. Concerns over this upcoming 720-page directive and its accompanying regulation, MiFIR, include costs, which will most likely amount to billions of euros; a lack of clarity in the stipulations of the legislation; and the sheer impact it will have on the European economy.

With the UK financial sector recently having ‘survived’ the implementation of the retail distribution review (RDR), many firms in London have only just gotten round to dealing with other regulation such as AIFMD. The UK financial sector saw a slew of M&A after the RDR was put in place a few years ago, as many smaller independent financial advisers (IFAs) were unable to support the compliance costs necessary under the new rules.

Now, with MiFID II looming in the distance, European trade bodies are increasingly concerned that banks, investment firms and wealth managers will be facing yet another massive bill that will bring many firms to their knees and push their resources to the very limits.

The key points of the directive include a new framework for EU financial services; new cost disclosure agreements designed to show how costs affect investment returns; new definitions of independent/restricted advice; an extension of the commission ban to discretionary fund managers; and the establishment of target markets for financial products and distribution.

It also stipulates that investment research cannot be tailored or bespoke in content; that inducements must be quantified and that it must be clear how they improve client services; telephone recordings with clients must be kept for up to seven years; that the top five executive venues used by a firm must be recorded; and that natural and legal persons need to have a client or legal entity identifier before trading.

In essence, all this entails the production of a significantly larger amount of data for every financial transaction made or client had, and that again will demand serious resources from firm’s compliance and IT teams.

Cost concerns
Britain’s Wealth Management Association, a trade body representing 250 fund, portfolio and wealth management firms, is understandably concerned about the costs of the directive. At this stage, said Ian Cornwall, Director of Regulation, “there’s not enough detail for us to determine costs, but it will be very expensive,” he told World Finance in an exclusive interview. “MiFID II is not as great as MiFID I in terms of headlines, but firms will have to manage a lot of data and in terms of financial impact, MiFID II will require a large resource allocation up until January 2017.”

The uncertainty related to the impact of MiFID II, is based on the legislation only having reached ‘level 1’, consisting of vague principles and rules, as well as ESMA having recently consulted interested parties such as the WMA on technical details and implementing measures for ‘level 2’. The directive is still in a starting phase, but soon enough, these rules will become law and this is why trade bodies were given two months to process the 700 pages of legal language.

“There are bits we want to re-write even now. We’ve had to race through this lengthy stuff,” said Cornwall, adding there are five key problems in the new legislation that could prove expensive and which firms need to look out for. These include the handling of trading volumes, transaction monitoring, telephone recordings, disclosures of costs, and loss thresholds of discretionary managers.

One notable change is the plan to ban inducements, which are quite broadly defined and therefore could impact a large part of the finance industry. “It looks as though almost all external research provided to fund managers, except that which is deemed ‘very generic and widely distributed’, may be viewed as an inducement, and so payment for this would have to be unbundled from dealing commissions,” Citi said in a recent research note.

If the plans make it to law, asset managers will either conduct more research in-house or use their own money to pay for external research, with both strategies increasing costs significantly. As such, Citi estimated that asset managers’ operating margins would fall from 35-40 percent to 25-30 percent as a result of the inducements ban alone.

“If ESMA does not change its opinion at this point, its ‘technical standards’ could in practice prohibit investment firms from providing investment research on the basis of a CSA. If execution brokers would have to ‘unbundle’ investment research from execution and sell research separately for a cover price per dossier, this would result in cutting off small buy side firms from access to research and thereby significantly reduce the amount of research, which can be sold to market participants with a severe negative effect in particular for smaller issuers,” said Sterzenback.

“We are of the opinion that investment research, even when it is provided on the basis of a CSA, is not an inducement but a service paid for, and that CSAs offer a fair pricing model, which allocates the cost of research proportional to the volume of trading activities and therefore does not create any conflicts of interest and is beneficial to buy side firms, investors and issuers of any size,” he maintained.

Stricter transparency
In comparison to MiFID I, the directive will make things even tighter for firms, covering organised trading facilities or swaps, consolidated tape which reports the latest price and volume data on sales of exchange-listed stocks and the handling of so-called dark pools – the secretive electronic alternative trading systems. In this respect, MiFID II/MiFIR is a response to market fragmentation and information distortions revealed in the wake of MiFID I.

With regards to the retail market, investment firms that execute clients’ orders will have to make public (annually, for each class of financial instrument) the top five execution venues in terms of trading volumes where they executed clients’ orders in the preceding year and information about the quality of execution obtained, in the name of transparency. However, Cornwall has his reservations.

“Our problem here is going to be the sheer cost of producing the data. What is meant by the terms ‘each class of financial instrument’, ‘trading volumes’ and ‘quality of execution obtained’? What is the time period to produce the data? There are potentially huge system costs with little benefit for retail clients”, he says.

In addition, changes to transaction reporting mean investment firms that transmit orders to another investment firm will still be able to rely on that firm to report the transactions, but will be obliged to provide much more information and sign a written obligations agreement between the two parties. There also needs to be client identifiers and a trader ID attached to every transaction.

“It sets out 93 data attributes which firms will need to fill out when submitting a transaction report, an increase from the current 25 attributes. So there will be an increased dependency on static data for reporting, which firms should be concerned about. Their current data systems might not be adequate and will probably need some major changes,” said Cornwall.

Investor protection
In addition, MiFID II sets out a new regime for communications regarding client orders. Rather than recording six months, firms will have to record up to seven year’s worth of client communications and dealings that can be accessed by regulators. The directive also calls for the disclosure of all costs and charges in connection with investment services, on an annual basis, to clients.

In this enhanced reporting to clients lies a key concern for the industry, the WMA said. According to MiFID II, firms will have to report losses above agreed thresholds of 10 or 20 percent. However, such movements within an investment account could be based on transfers between accounts, ISAs, pensions etc. and not be based on an outright loss. As such, mandatory loss reporting could lead to unnecessary concerns or panic among clients, Cornwall argued.

Whereas ESMA has been particularly clear on the matter of loss thresholds, other parts of MiFID II are lacking in clarity. The trade bodies World Finance spoke to all said terms such as costs, switch and suitability needed further elaboration, as did things such as the amount of reliance a firm might place on other parties for compliance. What’s more, the UK’s Financial Conduct Authority (FCA) has been surprisingly quiet on how it will handle MiFID’s relationship with the RDR, which could prove a tricky field to manoeuvre for firms in London.

A key concern for firms and trade bodies will be how MiFID II fits in with the current regulations and directives on a national basis. In the UK there are relevant concerns that MiFID and MiFIR overlaps with the RDR, which UK firms have spent years and billions of pounds on, in order to comply.

MiFID II appears to permit an override by national regulators to enable them to continue to impose their own rules, but whether that means the RDR will survive is unclear, as there are some key points of the directive that are incompatible with RDR stipulations.

“MiFID and the RDR have different definitions of independent and restricted services, which could mean the UK has to change its rules again barely a year after a significant overhaul,” explained Cornwall, who also asked whether there “will be an RDR II to clean up the mess? In my own view, we ought to change the RDR to match what’s happening in Europe.”

Whether or not London can expect changes to the RDR remains to be seen and either way, the FCA will not put out their consultation paper on MiFID II until late 2015 or early 2016, and that will be the first indication of whether or not the two pieces of legislation are compatible.

Bigger picture
National concerns aside, the broad consequences of MiFID II are also worth mentioning. No matter what ESMA or other authorities say, the eventual outcome of the directive is going to be a series of expensive systems upgrades.

“There will have to be a lot of prep on the part of firms, mainly starting in the last six months of 2015. We are trying to create awareness of the cost of i.e. products, so firms can manage their expectations. 2016 is going to be a pretty dismal year and I expect that we will see more consolidation,” said Cornwall.

The costs will most likely lead to another surge in M&A, similar to that which swept the UK in 2012 and 2013. For larger firms, it will just be another regulatory burden, but for smaller companies, such as those which are dominant in Germany, the costs may be unbearable and concerns have arisen that competition in the European financial sector will take a severe hit when smaller IFAs are forced to consolidate.

Again, MiFID II will most likely cause a hike in client costs and see financial activity drop as a result. For a recovering European economy, MiFID II could be very bad news indeed. Nevertheless, it’s hard to predict whether the directive will have as sweeping an effect as RDR had on the UK financial sector. Trade bodies are only hoping that ESMA will take note of these concerns in order to limit the financial burdens inflicted by compliance as much as possible and thereby cushion the inevitable blow to Europe’s finance industry.