Hungary’s financial services sector is no stranger to change. We spoke to ING Wholesale Banking in Hungary about the country’s banking sector, and how it can help facilitate foreign investment 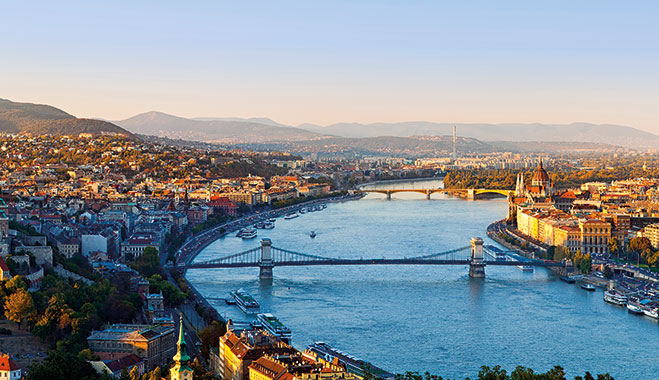 The financial system in Hungary underwent significant changes even prior to the economic transformation that started in 1990. The foundations of the two-tier banking system were laid in 1990, before a wave of privatisation swept the financial sector and large, foreign-owned credit institutions became the backbone of the financial system. Then again, since joining the EU in 2004, Hungary’s financial sector – and its economy generally – has shown extraordinary promise.

Never one to shy away from a challenge, Hungary’s banking sector has undergone quite a dramatic transformation, and while more changes are needed, the sector is still among the region’s most resilient. World Finance spoke to István Salgó, Country Manager of ING Wholesale Banking in Hungary, about the changes across the nation and how the bank’s services stack up against the competition.

What impact has joining the EU had on Hungary’s financial services?
The country has gained new knowledge, technology, capital and direct funds that have enabled many aspects of its economy to be transformed. In practical terms, a new highway infrastructure was constructed, and the environment is cleaner with improved air quality.

Hungarians are also better educated and have more opportunities: they can work for global companies or in skill-based sectors, much more than 10 years ago.

Hungary has gained new knowledge, technology, capital and direct funds that have enabled many aspects of its economy to
be transformed

A less tangible – but no less important – achievement over the past decade is the increased openness of Hungarian society. Hungarians are now free to travel or relocate across Europe, although Hungarians are known to be less mobile than other nations in Central and Eastern Europe (CEE). Hungarian attitudes have been changed by increased interaction with other Europeans: an increasingly large number of foreigners are choosing to move there. Hungary now has a modern economy and exports more as a percentage of GDP than any other CEE country.

Partly as a result of Hungary’s high public sector debt in the years immediately after accession, economic growth has been lower in the past decade than might have been anticipated when the country joined the EU, partly due to the global financial crisis. However, while average growth has been below the CEE average, it has been well above the EU average.

Hungary’s location, low costs, relatively good infrastructure and high education standards ensured that it was one of the largest recipients of foreign direct investment in CEE even before 2004. The Hungarian Government encouraged investment in the manufacturing sector by harmonising tax, legal and business rules in line with EU requirements, helping to create an attractive investment climate.

The EU has also helped Hungary to improve its relationships with its CEE neighbours. Hungary’s relationship with the EU, however, has not always been smooth. Enthusiasm for the EU has waned: immediately after joining the EU, a record 92 percent of Hungarians said that they felt attached to Europe. Now, just 44 percent of Hungarians trust the EU. This seemingly sharp change in public opinion has several explanations many people had overly high expectations of the speed with which Hungary would converge with the EU in terms of living standards and opportunities. There have been huge improvements in its citizens’ prosperity and life chances, but over time people inevitably become accustomed to new ways of living and discount the scale of change.

Hungary’s future clearly lies within the EU. It has an open and fully integrated economy, and its laws are closely aligned with those of other EU member states. Most importantly, while there may be disillusionment with the EU among Hungarians – similarly to some other EU countries – citizens are EU citizens: they value the freedom and the opportunities that EU membership has delivered and no one wishes to wind the clock back 15 years.

What changes still need to be made to improve financial services in Hungary?
A stable operating environment is a necessity, but in itself does not form a sufficient condition of investment. In the last few years, partly as a consequence of the financial crisis, and partly due to the need of balance sheet adjustment, fiscal and monetary regulation changed frequently and compliance with these regulations sometimes required higher resource allocation. A calmer regulatory environment seems to be crucial. Looking forward, we are optimistic since Hungary slowly left the crisis behind, just like fiscal and households’ deleveraging.

On the other hand, not just the macro, but also the micro matters. Intensive competition in the banking sector decreases the margins and fee type of incomes; therefore banks should have more risk on their books in order to maintain profitability. That is not necessarily healthy for the banking sector as a whole, and that excess risk can spill over to the fiscal side as well (similar to what has been witnessed in Ireland), or other parts of society. A consolidation of the banking industry is needed to restore fair costs of its services, and that can trigger investment and research in the sector.

What do these patterns mean to investors looking at Hungary?
Hungary’s outward-looking approach has resulted in significantly increased exports in the past decade: exports as a percentage of GDP have risen from 63.3 percent in 2004 to 96.2 percent in 2014, with only a brief decline in 2009 following the financial crisis. Exports to the EU have remained fairly constant as a percentage of total exports over the past decade, although the percentage exported to new EU members has increased markedly.

Hungary is a very open economy with significant connections to western Europe and integrated more and more into the CEE region. Based on its geographical location, the country is in the heart of Europe, and therefore provides exceptional trade opportunities for western European countries that wish to reach the East, and Asian countries.

How does ING help facilitate foreign investment into the country?
If we look at our clients, more than 90 percent of them derive from the global network of ING Group, and we provide the same look and feel as in every other country for our international clients. Product-wise crossborder cash management, international cash pooling and global trade finance services are also available in Hungary – as being a network location for ING and adding value to ING’s global Transaction Services business is a core focus area of ING’s offering.

ING Wholesale Banking has one of the strongest European presence of all international banks at 28 countries, including Hungary. It is strong in local products and support as well as international solutions, and so it is in a front-runner position in Benelux and CEE. ING offers the ability to deliver crossborder solutions on the back of ING’s strong international network, along with senior support to further develop and strengthen the transaction and lending services franchise.

How else does ING provide a valuable service to the economy?
ING Bank Hungary is a member of ING Group, which is of Dutch origin and belongs to the top 20 financial institutions in Europe. Established in September 1991 and started as one of the first 100 percent foreign-owned banks in Hungary. In regards to several products and services, ING Wholesale Banking in Hungary has achieved a leading position in the field of corporate and investment banking in its niche market. It is a market leader in foreign exchange transactions, and has attained outstanding results trading in government securities.

How does ING stand out from its competitors in Hungary?
As a branch we have access to major ING knowledge centres and operate as an integral part of a global network. ING Wholesale Banking in Hungary is taking advantage of earlier decisions made prior to the financial crisis in 2009. The post crisis operations show a clear and pure wholesale banking portfolio, and due to the fact that ING Wholesale Banking in Hungary was never entered into foreign currency denominated retail lending and real estate financing business lines, ING in Hungary was not exposed to major provisioning.

ING Wholesale Banking is streamlining its procedures and channels to make daily banking easier and faster for our clients. ING Bank is introducing its new service called InsideBusiness. This will be an omnichannel strategy that will allow our corporate clients that bank with us across countries a single point of access to the services and products they need wherever they are in the world via safe apps.

Our customers are at the heart of what we do. Our more than 52,000 employees globally offer retail and commercial banking services to customers in over 40 countries, including Hungary, where 155 dedicated and committed local employees provide wholesale banking services to local and international corporate and financial institutions.

Our strengths include our well-known, strong brand with positive recognition from customers in many countries, our strong financial position, omnichannel distribution strategy and an international network. Moreover, ING is currently the number one diversified financials company on the Dow Jones’ Sustainability Index, providing more and more to customers in relation to helping sustainable transitions for their businesses and life.

Our strategy aims to create a differentiating customer experience, enabled by simplifying and streamlining our organisation, striving further for operational excellence, enhancing the performance culture within our company and expanding our lending capabilities.