Despite facing several economic setbacks, Sri Lanka has established itself as an upper-middle-income country. The financial stability provided by the likes of Sampath Bank has helped create the right conditions for such progress 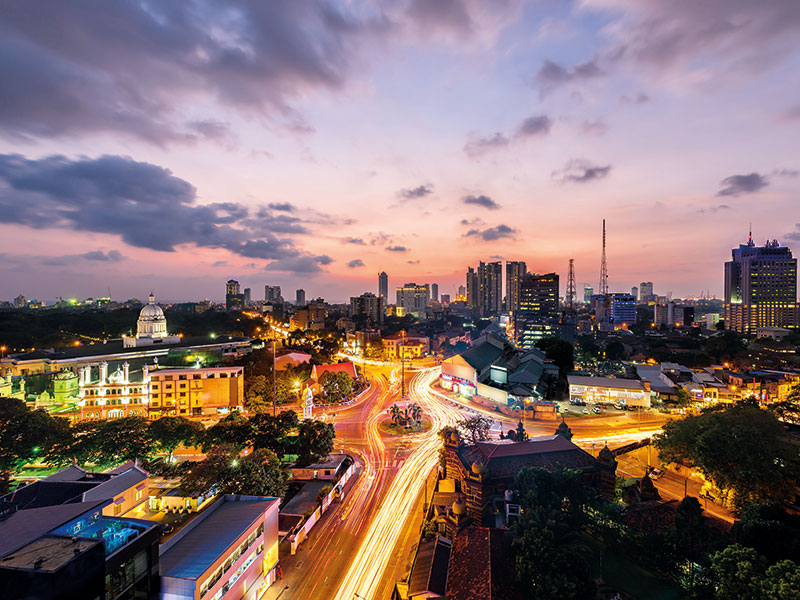 It’s no secret that modern banking is very different from what it was 33 years ago, when Sampath Bank first opened its doors as a private commercial bank in Sri Lanka. Since then, the organisation has become a powerful force in the local banking sector, establishing itself as the country’s third-largest bank with a robust market capitalisation of LKR 62bn ($333m) as of December 31, 2019.

Sampath Bank has been at the forefront of reshaping the national economy, proving a key contributor to Sri Lanka’s progress from a low-income economy to a middle-income and, subsequently, upper-middle-income one. The bank’s commitment to its Sri Lankan roots has enabled it to gain the trust of the public and claim a commanding share of the local market. These solid credentials have allowed it to remain resilient and well equipped to face even the severest economic headwinds.

Hard times
For the Sri Lankan economy, 2019 was another trying year as challenges continued to mount. Just as it appeared the economy was gaining much-needed momentum after months of sluggish growth, the Easter Sunday bombings in April shattered the socioeconomic fabric of the nation and left the country reeling. It should come as no surprise that economic activity took a nosedive in the months following the attack.

Although it was evident that the tourism, leisure, transport and logistics sectors bore the brunt of the impact, the cascading effect left most sectors facing bleaker prospects in 2019. The fact that it was an election year only exacerbated the situation, adding to the uncertainty and deepening discontent among the investor community. Lacklustre performance in all key sectors left the economy well short of last year’s GDP targets.

On a positive note, subdued conditions facilitated the continuation of low inflation for most of 2019. Also commendable were the government’s tighter fiscal policy controls, which helped bolster Sri Lanka’s external sector. A moderate improvement in export earnings stemming from the reinstatement of Generalised Scheme of Preferences Plus concessions and the trade boost from US-China tensions contributed towards an improved external sector.

In yet another notable positive, Sri Lanka moved up the rankings to claim a spot in the highly coveted upper-middle-income category of the World Bank’s 2019 country classifications, which are based on per capita gross national income (see Fig 1). This no doubt points to the success of long-standing efforts by successive governments to raise the country’s socioeconomic profile.

Sri Lanka’s banking sector, which typically takes its cue from the country’s economic activity at any given time, experienced what can only be described as a turbulent year. Characterised by generally low aggregate demand and a diminished appetite for credit due to muted business activity, the earning potential of the banking sector shrank. On top of this, net interest margins came under pressure in the second half of the year due to the low-interest environment. And with widespread economic instability affecting businesses and individuals alike, the banking sector was left struggling to cope with the burden of higher non-performing loans (NPLs), which proved to be another major drawdown for the sector’s profitability.

This decline was reflected in terms of both return on assets before tax and return on equity after tax, which dropped to 1.4 percent and 10.3 percent respectively in December 2019, down from 1.8 percent and 13.2 percent the previous year. NPLs, meanwhile, had grown to 4.7 percent by the end of 2019, up from 3.4 in 2018.

In testimony to its underlying stability, the banking sector continued to maintain liquidity buffers that were comfortably above the minimum regulatory requirements. The statutory liquid assets ratio remained above the required level, while all currency liquidity coverage ratios were maintained at healthy levels well above the regulatory minimum of 100 percent.

Committed to the cause
Last year can easily be labelled as one of the toughest 12 months in Sampath Bank’s 33-year history. As weak credit appetite began to affect growth prospects, the bank’s management reinforced its commitment to moving in the right direction, albeit more cautiously. At the same time, it declared a year of consolidation, moving to critically investigate every aspect of its business model in a bid to reinforce bank-wide defensive mechanisms and improve Sampath Bank’s resilience against economic headwinds.

Several key priorities were identified, among them prudent risk discipline and a lean cost structure to safeguard performance outcomes. As a testament to the swift action taken, Sampath Bank reported pre-tax profits of LKR 15.5bn ($83.3m) and post-tax profits of LKR 11.2bn ($60.2m) in 2019. Although 15.5 percent and 8.2 percent lower than the figures reported in 2018, these results are nonetheless commendable in light of the challenges encountered during the year.

We also intensified our capital raising activities, showing a staunch commitment to maintaining the required capital buffers to comply with the Basel III requirements introduced by the Central Bank of Sri Lanka. By issuing its third successive Basel-III-compliant debenture in February 2019, Sampath Bank raised LKR 7bn ($37.6m) to augment its Tier 2 capital, while LKR 12bn ($64.5m) was raised by way of a rights issue in June 2019 to boost the Tier 1 capital position. A combination of these efforts ensured that Sampath Bank’s year-end Common Equity Tier 1, total Tier 1 capital and total capital adequacy ratio remained at a healthy 14.22 percent, 14.22 percent and 18.12 percent respectively – well above the minimum regulatory requirements.

Further, as competitive and regulatory pressures continued to build and the operating environment became more complex and unpredictable, a firm call to action to strengthen internal defences was seen as vital, specifically when it came to increasing Sampath Bank’s readiness to face the next decade and beyond. Our Triple Transformation 2020 (TT20) agenda, which was launched in 2019, marks the beginning of a long-term transformative journey to reform three core areas: business, technology and people. The bank hopes the TT20 agenda will create a solid foundation that allows it to move forward
over the next three to five years.

The road ahead
Our overall effort to build a stronger and better bank was supported by efforts to reinforce Sampath Bank’s oversight and leadership in certain strategic areas that are likely to play a pivotal role in our onward journey. Following a deep dive to measure the quality and capacity of our existing board structure, several new directors were appointed to augment the board’s capacity in terms of human resources and IT knowledge.

While strengthening its defences against external threats, Sampath Bank remained firmly anchored to its core purpose as a bank. This was exemplified by our ongoing digital transformation initiative, which was further accelerated in 2019 to migrate more customers to digital mediums that are altogether more convenient and easier to use. We have achieved several key milestones by increasing our investment in digital infrastructure to make our value proposition accessible to mainstream customers across Sri Lanka – notably, the release of our WePay wallet, which enables users to digitally make payments to hundreds of registered merchants across the country via their smartphone.

Not just another payment alternative, the WePay mobile wallet will likely serve as a powerful tool to expedite Sri Lanka’s journey towards becoming a cashless society in the years ahead. Another significant development was the appointment of more than 170 Sampath MYBANK agents, who were granted the authority to perform routine banking services with the help of a point-of-sale terminal that is digitally connected to the bank’s core system. These efforts demonstrate the bank’s digital superiority compared with its peers, but more importantly reflects Sampath Bank’s true purpose: to reach out to and serve all Sri Lankans across the country.

Despite having overcome the challenges of 2019 reasonably well, it is quite likely the bank will find itself facing even more hurdles in the years ahead, especially in light of the economic fallout arising from the COVID-19 pandemic. With the spread of the virus still evolving, the impact on core markets and the bank’s financial results cannot be accurately estimated at present. It can be reasonably assumed, however, that the impact will be unprecedented. Evidence suggests the spread of SARS-CoV-2 has caused widespread disruption to business and economic activities around the world – naturally, this will affect a large cross section of Sampath Bank’s clientele in various industries and sectors.

Moreover, the debt moratorium announced by the Sri Lankan Government to provide relief to individuals and businesses affected by the lockdown, along with the announcement of reduced interest rates, is likely to have far-reaching consequences, including a negative impact on the bank’s earnings, cash flow and liquidity position. Sampath Bank will remain vigilant, however, continually reviewing and updating its contingency plans and risk management measures as the situation evolves and taking the appropriate preventative action to mitigate the potential impacts before they materialise.