Germany’s radical fiscal policy shift, and why it won’t last

Germany has a long history of saving for crises. Now that it’s in the midst of one, the country’s fastidious commitment to budget-balancing has been vindicated 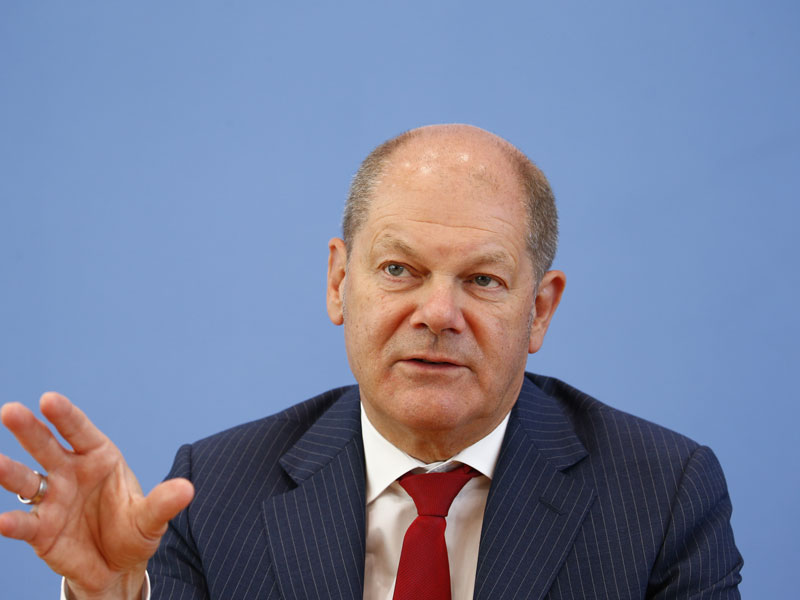 It’s no secret that Germany is a nation of savers. German households save about 10 percent of their disposable income, twice as much as the average American or European. This personal preoccupation with saving has been called a national obsession. Thrifty finance ministers are celebrated, not vilified. In Dusseldorf, a clock counts up how many years the country has been debt-free for. So when Europe’s largest economy announced a €130bn ($154bn) stimulus package to lessen the blow of coronavirus – one of the world’s largest fiscal responses to the pandemic – analysts balked at what looked like the end of Germany’s longstanding commitment to frugality.

“The U-turn German policymakers have made over the last couple of months is remarkable and significant,” said Carsten Brzeski, Chief Economist at ING. “Germany has moved from austerity champion to big spender. No more austerity fetish.”

The spending spree is nothing short of a radical departure from the fiscal stance Germany has held for over a decade. However, it doesn’t necessarily spell a new economic era for the country. In fact, it’s more likely the recent stimulus package will only vindicate policymakers who have long argued that Germany should tighten its purse-strings during good economic times, in order to prepare for the bad.

A history of frugality
It could be said that frugality is embedded in the national character. “Even German households do not like to have debt,” said Alexander Kriwolusky, Department of Macroeconomics at the German Institute for Economic Research in Berlin. “People like to save and so they also would like to see the government save.”

This proclivity for saving is nothing new; it began centuries ago. The world’s first savings bank was founded in Hamburg in 1778. As early as 1875, over two million people in the German state of Prussia held a savings account.

Today, the much-loved symbol of austerity in Germany is the black zero or ‘schwarze Null’ policy, which refers to a balanced budget with no new government spending. The architect of this policy was Wolfgang Schäuble, Angela Merkel’s finance minister between 2009 and 2017, who introduced it to bolster the economy in the aftermath of the Eurozone debt crisis. Even while economic activity slowed in 2019, the government continued to cling to the black zero. It’s now been government policy for over a decade.

“A lot of people in Germany thought that this was a very sensible policy right coming out of the European debt crisis,” said Kriwolusky. “It became very popular in Germany over the last couple of years. It was highly regarded among Conservative voters. Even the Social Democrat Olaf Schulz – who has been the finance minister now for quite some time – kept it because it was so popular among the voters in Germany.”

Indeed, enthusiasm for this policy is even shared across political parties. “Once you put somebody from the Social Democrats into the office of finance minister, he miraculously turns into an adherent of the black zero that comes with the office,” said Holger Schmieding, Chief Economist at Berenberg Bank.

According to Schmieding, the recent stimulus package has only reaffirmed the conviction among policymakers that saving is the way to go. “We have always said we need to save for a rainy day,” he said. “Now that we have saved, we actually can afford to do much, much more than almost anybody else – except, in a way, the US with its dollar as the global currency.”

Schmieding also thinks that the burden of saving has not weighed too heavily on Germans’ shoulders. “All in all, Germany’s economic performance, while it brought its debt levels down, was actually fairly good,” he said, “and so the feeling over here is the policy was right. It didn’t harm us. It was not bad austerity which cost us dearly; for example, we had virtually no unemployment. And now we can afford – at very low interest rates, with a lot of fiscal credibility – to get into deficit for a number of years.”

Crumbling infrastructure
However, despite its popularity, the black zero policy has come under fire in recent years. Before the pandemic, Germany was already coming under pressure to provide extra fiscal stimulus, with borrowing costs sinking and foreign demand weakening. European leaders have been particularly critical of the country’s reluctance to spend more, since this impedes the economic output of the whole bloc; French President Emmanuel Macron said that Germany’s penchant for balancing budgets always occurs “at the expense of others”.

What’s more, Germany’s fiscal prudence means there has been very little investment in the country’s infrastructure. “The austerity of the last few years has eaten up the country’s economic capital with a lack of investments in digitalisation, infrastructure and education,” said Brzeki. At the end of 2019, its municipal investment backlog stood at €138bn ($152bn), according to the state development bank.

However, not all of this can be attributed to a lack of funds. Schmieding points out that Germany’s infrastructure problems are partly due to its limited construction capacity. “The biggest bottleneck in Germany on infrastructure investment for actually a long time – meaning for five years – has been the lack of available labour and available planning capacity,” he said. “It’s easy to say we want to have more infrastructure investment, but if you don’t find the Dutch or Polish company who actually repairs the bridges, we can’t. There aren’t enough German companies around to do it.”

In fact, far from failing to make funds available, Germany has struggled to spend the money it has allocated to infrastructure. At the end of 2019, unused funds stood at €15bn. “What we would like to see – and have started to see, to some extent – is an effort to streamline the procedures for approving projects and then hopefully finding the companies to actually do the job,” said Schmieding. “This is now being sped up and you could say that with the overall labour market weaker and with business investment being weaker, it is likely that in the future, we can actually do some of the infrastructure investment because we will have fewer construction companies working on other projects.”

It’s vital Germany addresses this gap soon, because its investment gap weighs heavily on business activity in the country. According to a poll by the German Economic Institute, two out of three companies in Germany say poor infrastructure is affecting their operations.

However, Kriwolusky doesn’t think the recent €130bn stimulus package is enough to rectify these problems. “Most of the stimulus package is related to the cut in the consumption taxes, some of it goes to firms so that they do not go bankrupt and then part only a small part of the package was related to these infrastructure investments,” he said, “and I don’t think that’s a sufficient amount. For example, I do not think that that’s sufficient to deal with these huge, huge efforts that are necessary in order to deal with climate change.”

Returning to the black zero
There has been a growing belief among economists that the lack of new spending is a major contributing factor behind the country’s low growth. According to the Federal Statistics Office, Germany’s growth fell to 0.6 percent in 2019, down from 1.5 percent in 2018.

Last year, patience with the black zero policy seemed to be seriously waning. In November 2019, Germany trade unions and businesses formed an unlikely alliance to call for a €450bn public investment drive from the government. Angela Merkel swiftly rejected the call. It was important to reduce debt during good economic times, she argued, and not saddle future generations with a heavy debt burden, particularly given Germany’s rapidly ageing population.

Kriwolusky believes the coronavirus will have revived the public’s faith in the policy. “In my opinion, it’s not the end of the era of the black zero. But it seems to be a short-term shift,” he told World Finance, “motivated by the lessons from the financial crisis. At that time, the fiscal stimulus package in Germany was quite successful for getting the economy back on track. The coalition government then was almost the same – it was also an Angela Merkel-led government of conservatives and Social Democrats. So I think they decided a huge stimulus package is what’s needed to get out of the recession because it worked so well 10 years ago.”

As a result of this new borrowing, Germany’s debt-to-GDP ratio has inevitably soared. The finance ministry has warned that debt could surge to 77 percent of GDP this year. However, Germany’s finance minister Olaf Scholz pointed out that, when Germany’s debt-to-GDP hit 81.8 percent after the financial crisis, strict budgetary policies meant it fell to below 60 percent relatively quickly.

That said, it may be some time before Germany is able to return to its frugal ways. Schmieding predicts that GDP won’t reach pre-coronavirus levels until late 2022. “Even for a strong economy like Germany, it will take two years after the trough – which is pretty much happening now – to get back to the previous level,” he said. “And even if we get to the previous level of GDP, it will still be partly because of more government spending. It will not be because private and business spending, household consumption and business investment is back to where it was. So it’s probably not until 2023 that we can talk of trying to balance the budget again. Of course, it all depends on politics. This is, I would say, the aspiration of the conservatives, not of whoever their coalition partner is.”

Germany has been able to harness public finances during the pandemic in a way that no other nation has. As a result, its economic recovery may be more rapid than its European neighbours’. Whereas Italy’s economy is expected to shrink 12.8 percent this year, according to the International Monetary Fund, Germany’s is expected to shrink by 7.8 percent.

But Germany won’t be the only beneficiary of its stimulus package. As the Eurozone’s largest economy, its spending spree bodes well for the future economic stability of the region as a whole. “This fiscal stimulus will not only strengthen the recovery and help bring forward structural changes to the economy,” said Brzeski, “but will also help further European integration.”