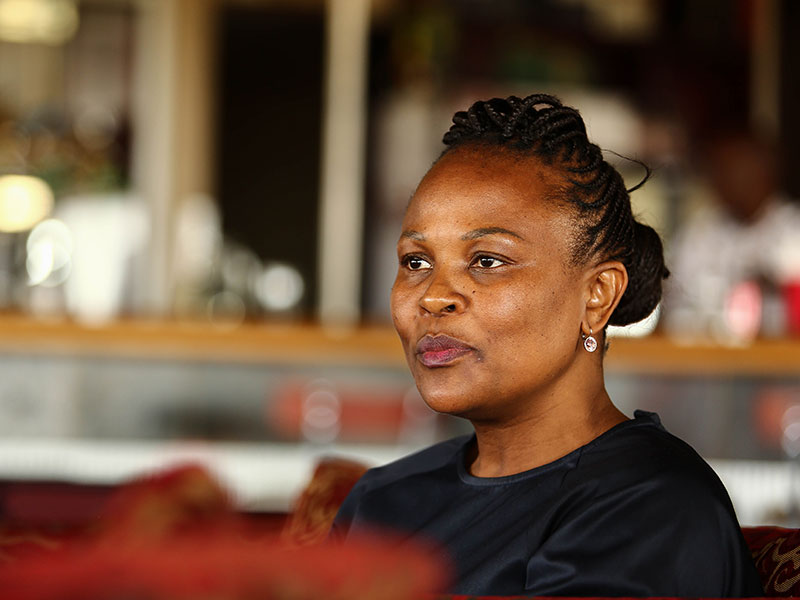 The Public Protector of South Africa, Busisiwe Mkhwebane, has proposed a mandate change that would see the South African Reserve Bank's primary focus move away from that of price stability
Banking | Central Banking
Author: Kim Darrah

The South African Reserve Bank has fought back against a proposed mandate change, which would see its primary focus change from that of price stability to a focus on the “socioeconomic wellbeing of the citizens”.

Public Protector Busisiwe Mkhwebane instructed parliament to make the changes during a press conference on June 19. Following this conference, the value of the South African rand dipped sharply, falling 2.05 percent against the dollar.

In response to the proposed change in its mandate, the South African Reserve Bank has filed a complaint to the high court, arguing that the move consisted of “gross overreach” in the public protector’s institutional power. In the court filings, Governor of the South African Reserve Bank Lesetja Kganyago stated: “In the impugned remedial action, the public protector instructs parliament to amend the constitution to strip the Reserve Bank of its primary function – to protect the value of the currency. The public protector has no power to amend the constitution, let alone to instruct parliament to do so.”

He called for the proposed mandate change to be stopped in its tracks, saying that from the moment it was announced, “it has had a serious and detrimental effect on the economy and, for as long as it remains in place, it holds the risk of causing further rand depreciation, further ratings downgrades and significant capital outflows”.

If the mandate changes go ahead, the South African Government would be moving against a global consensus regarding the role of central banks in upholding economic stability. In the court filings, Kganyago fought the case for protecting the current mandate and its focus on prioritising price stability by saying that, if implemented, the proposed change would strip the Reserve Bank of the core function of other central banks.

He added that the move “threatens to undermine the critical contribution that the Reserve Bank makes to the stability of our financial system, which is central to sustainable growth and development, job creation, the reduction of inequality and poverty alleviation”.

Any change to the constitution, however, would be a slow process. According to the court papers, arguments that oppose the suggested changes must be filed before July 26. Furthermore, even in the event of the high court application being unsuccessful, a two-thirds majority in parliament would be necessary to make the proposed changes.