Drawing in the reins

The IMF’s Special Drawing Right has struggled to meet its potential, but rising protectionist attitudes could help it to create a truly global reserve currency 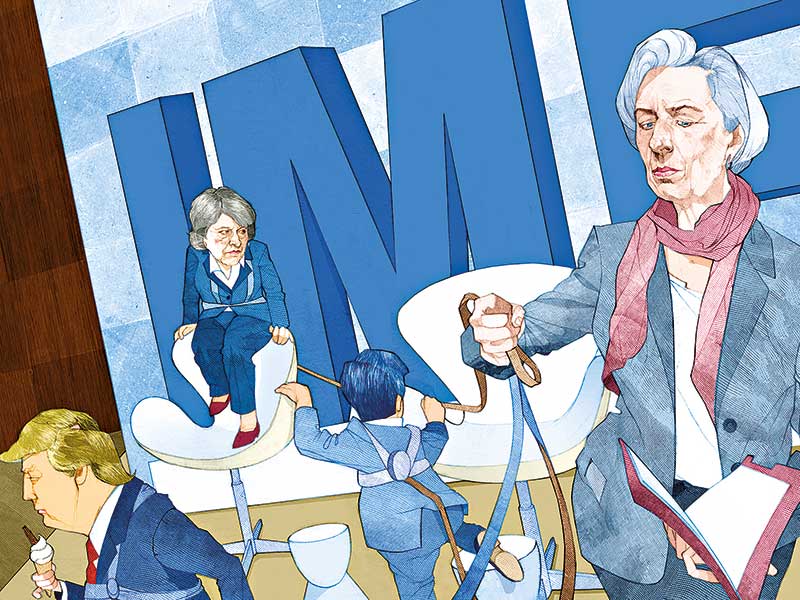 The rise of anti-globalisation political movements and the threat of trade protectionism have led some people to wonder whether a stronger multilateral core for the world economy would reduce the risk of damaging fragmentation. After all, lest we forget, the current arrangements – as pressured as they are – reflected our post-World War II forebears’ strong desire to minimise the risk of ‘beggar-thy-neighbour’ national policies, which had crippled growth, prosperity and global stability in the 1930s.

Similar considerations fuelled the launch, nearly 50 years ago, of the International Monetary Fund’s (IMF’s) Special Drawing Right (SDR) as the precursor to a global currency. And with renewed interest in the stability of the international monetary system, some are asking – including within the IMF – whether revamping the SDR could be part of an effective effort to re-energise multilateralism.

Safeguarding the monetary system
The original impetus for the SDR included concerns about a national currency’s ability to reconcile the need for global liquidity provision with confidence in its role as the world’s reserve currency – what economists call the ‘Triffin dilemma’. By creating an international currency that would be managed by the IMF, member countries sought to underpin and enhance the international monetary system with a non-national official reserve asset.

Legal and practical factors, as well as some countries’ political resistance to delegating economic governance to multilateral institutions, have prevented the SDR from meeting its creators’ modest expectations, let alone the grand role of a truly global reserve currency that anchors the cooperative functioning of a growth-orientated global economy. Information and other market failures have added to the challenges, as have weak institutional infrastructure and inadequate branding. The result is a substantial gap between the SDR’s potential and its performance.

That gap has meant missed opportunities for the global economy – particularly in terms of asset-liability management, responsive liquidity, adjustment between deficit and surplus countries – and thus a gap between actual and potential growth. With the SDR providing a stronger glue at the international monetary system’s core, prudential currency diversification could have been made easier, the need for costly and inefficient self-insurance could have been reduced, and the provision of liquidity could have been made less pro-cyclical.

The winds of change
So, do today’s anti-globalisation winds – caused in part by poor global policy coordination in the context of too many years of low and insufficiently inclusive growth – create scope for enhancing the SDR’s role and potential contributions?

Legal and practical factors have prevented the SDR from meeting its creators’ modest expectations, let alone the grand role of a truly global reserve currency

Addressing this question, were it to gain traction, would involve a focus on an ecosystem of SDR use, with the composite currency – which last year added the Chinese renminbi to the British pound, euro, Japanese yen and US dollar – potentially benefiting from a virtuous cycle. Specifically, the SDR’s three roles – an official reserve asset, a currency used more broadly in financial activity, and a numeraire – could ensure greater official liquidity, expand the range of new assets used around the world in public and private transactions, and boost its use as a unit of account.

Of course, given the advanced economies’ embrace of more inward-looking, populist and nationalist politics, a ‘big bang’ approach to reinvigorating the SDR is highly unlikely. Even an incremental approach, starting with practical low-hanging fruit that does not require amendments to the IMF’s Articles of Agreement, would face political challenges. But it would be worth considering.

Areas of focus would include using the SDR for some bond issuance and trade transactions, developing market infrastructure (including payments and settlement mechanisms), improving valuation methodologies, and gradually developing a yield curve for SDR-denominated loans and bonds. This would also help to leverage the interconnectedness of the SDR’s roles, in order to reach critical mass quickly and have a foundation for further incremental gains. For the effort to succeed, the IMF’s approach would need to evolve – just like it did on country-specific issues.

Delivering on promises
When I joined the IMF in the early 1980s, discussions with non-government counterparts, whether on country or policy work, were discouraged. The situation today is very different. Broader national engagement with NGOs, local media and a broad set of politicians is now viewed as an integral part of effective country advice and programme implementation, as well as being essential for the fund’s ‘surveillance’ function under its Articles of Agreements.

A similar pivot is needed if the IMF is to deliver better on the supranational issues that are now migrating up its policy agenda. Specifically, the fund would need to complement its traditional core constituency of governments and other multilateral institutions (particularly the World Bank) with systemically influential subnational and private counterparts. The resulting public-private partnerships would enhance issuance, the development of market infrastructure and liquidity provision for the SDR.

While it is not easy to combine developmental and commercial activities, the implications for global growth and stability of not doing so suggest that it is an effort that should be explored. Moreover, the IMF could start small, focusing on interactions with other official multilateral and regional institutions, sovereign wealth funds, and multinational financial companies – all anchored by an active coalition of the willing among the G20.

In an ideal world, the SDR would have evolved into more of a reserve currency during the era of accelerated trade and financial globalisation. In the world as it is today, the international monetary system faces two options: fragmentation, with all the risks and opportunity costs that this implies, or an incremental approach to bolstering the global economy’s resilience and potential growth, based on bottom-up partnerships that facilitate systemic progress.