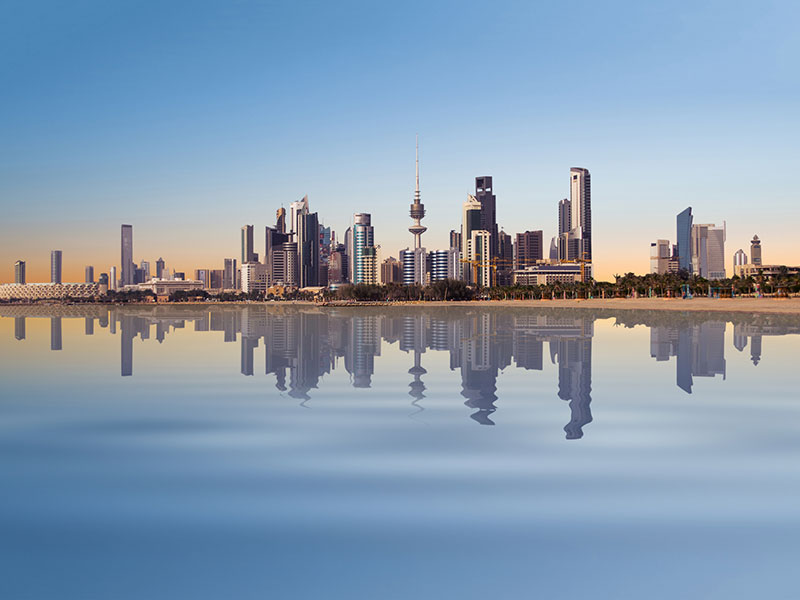 Over the course of 2016, we witnessed a major upheaval of the global economic environment. With the UK’s shock decision to leave the EU, the equally unforeseen outcome of the US presidential election, and Chinese growth at its lowest rate in more than two decades, the global economy is facing a challenging and uncertain future.

As the banking industry looks to effectively respond to this ongoing economic and geopolitical turbulence, the challenge of ensuring stability is perhaps most important for the oil-rich Arab states of the Arabian Gulf. The global drop in oil prices poses a significant threat to the Gulf Cooperation Council’s (GCC) crude-driven economies, and so GCC nations have seen a marked change in government spending, foreign investment and implementation of development plans.

In light of this ongoing oil-related instability, the IMF has dramatically cut its annual economic forecast for the region, reporting GDP growth in the Gulf states slowed to just 1.8 percent in 2016.

Despite such challenges facing the region, one vital element of the Gulf states’ banking industry has continued to thrive: Islamic finance, a system of banking based exclusively on the principles of Sharia law, has been expanding rapidly in recent years. According to the consultancy and accounting firm EY, Sharia-compliant banking grew at an annual rate of 17.6 percent between 2009 and 2013, and is now projected to grow by an estimated 19.7 percent annually by 2018.

This rate of growth far outpaces that of conventional banks, putting pressure on traditional financial institutions to diversify their operations by including Sharia-compliant services. With the Islamic financial market becoming evermore competitive, leading Islamic banks are now exploring innovative solutions to enhance their position and deliver the best possible service to a growing pool of customers.

Staying competitive
As new competitors flood the Islamic finance market, established Islamic banks must reassess their strategies in order to remain at the top of the industry. At Kuwait International Bank (KIB), which became an exclusively Islamic bank in 2007, maintaining a competitive edge has become a major priority, and is set to shape the future direction of the bank.

“The Islamic banking sector is in a constant state of growth and development, and competition is only getting fiercer”, Sheikh Mohammed Al-Jarrah Al-Sabah, Chairman of KIB, told World Finance. “Not only are we seeing an increase in the number of Islamic banking institutions, but there is a definite push among conventional banks to diversify their offerings and enhance their competitiveness by entering the Islamic banking market, with some of them establishing an Islamic banking arm to their business.” Over the course of its 45-year history in Kuwait, KIB has developed a strong presence in the nation, firstly as the only real estate dedicated bank in the country and more recently as a full-service Islamic bank. Since converting to exclusively Sharia-compliant services in 2007, the bank has paved the way for Islamic finance in Kuwait, establishing a strong presence for the industry in the nation’s financial landscape.

According to EY’s calculations, Islamic banking assets now account for 45.2 percent of Kuwait’s total banking assets (see Fig 1), and this figure is only expected to rise as the industry continues to grow. Yet despite this increasingly competitive market, KIB is confident it can be the Islamic bank of choice in Kuwait for both customers and employees.

In order to reach this ambitious goal, KIB has recently been implementing a comprehensive transformation strategy, designed to revolutionise operations at every level of the bank.

“The changing economic climate and the evolving state of the Islamic banking sector have prompted KIB to adopt a more aggressive approach”, said Al-Jarrah. “With a new, focused strategic outlook, we hope to elevate our presence within the industry and augment our competitiveness.”

This innovative transformation plan is currently being rolled out throughout the bank in three distinct phases. Launched in 2015, the first stage of the new strategy focused specifically on enhancing the bank’s organisational structure. This brought about a significant change in both KIB’s franchise operations and its day-to-day activities. The second phase of the transformation, which was implemented during 2016, aims to develop and enhance the bank’s product and service offerings.

In addition to reviewing the services currently on offer to customers and boosting the KIB product portfolio, this vital stage of the strategy also looks to reinvigorate all internal operations at the bank, in order to maximise effectiveness and efficiency. The final stage of the plan, which is scheduled to take place during 2017, will focus on boosting KIB’s competitive edge within the Islamic banking sector and the wider banking industry as a whole.

By dividing this ambitious transformation plan into three manageable phases, the bank has successfully adapted to the changes to its organisational structure and has, in turn, enjoyed a boost in performance.

“The cornerstone of our strategic plan is our vision of becoming the fastest growing bank in Kuwait”, said Al-Jarrah. “Now, thanks to our transformation strategy, we are well on our way to achieving this goal.”

Strategic success
Since launching its transformation plan in 2015, KIB has gone from strength to strength, reporting impressive growth in a range of key areas. In addition to restructuring its core departments, establishing new business units and divisions, and bringing fresh talent to the executive management team, the bank has also focused on developing its digital banking experience. Recognising the growing importance of an efficient, on-demand banking service, KIB has invested heavily in upgrading its IT infrastructure and its portfolio of Sharia-compliant digital services. This is an investment that appears to be paying off, with the bank reporting a strong overall performance for 2016.

“Since the launch of our transformation strategy, we have seen significant growth across a number of crucial areas”, Al-Jarrah explained. “Overall in 2016, we achieved a net profit of KWD 13.5m ($44.3m) at the end of the third quarter, up 15 percent from the same period last year, when profits totalled KWD 11.8m ($38.7m).” The bank also reported strong growth in specific areas such as financing revenues, which rose by 21 percent compared to the same quarter in 2015.

Similarly, KIB’s total assets rose by five percent, to reach a total of KWD 1.83bn ($6bn), compared with KWD 1.74bn ($5.71bn) by the end of the same period the previous year. This impressive performance is also reflected in the bank’s asset quality, with its non-performing loans remarkably decreasing to reach a low of 1.39 percent – down from 4.39 percent for the same period in 2015.

“In addition to our strong and stable financial core, our growth strategy has played a key role in boosting our performance across all sectors”, said Al-Jarrah. “Furthermore, our new, experienced and focused management team has significantly bolstered our continued growth and success.”

Weathering the storm
While the Gulf states have been rocked by a period of economic instability, KIB has enjoyed success against the odds. Indeed, the Kuwaiti bank has fared so well the international credit agency Fitch Ratings recently upgraded KIB’s viability rating, while also reaffirming a stable outlook for its long-term issuer default rating of A+.

By maintaining prudent policies and implementing strategies that minimise risk and promote stability, the bank has managed to achieve strong results despite an uncertain economic climate. With KIB looking towards a promising future, the bank’s continued success reflects the strong overall performance of Kuwait’s thriving baking sector. “Despite the challenging economic circumstances affecting the region, the Kuwaiti banking sector continues to be one of the most important pillars of the country’s economy”, explained Al-Jarrah.

Kuwait’s banks are fortunate to receive ample support and regulatory insight from the government, and in particular from the Central Bank of Kuwait. The country’s central bank has long been a vocal champion of the country’s banking sector at large, providing banks with the support they need to prosper and remain strong in the face of testing economic conditions.

Furthermore, while the slump in crude prices has seen many oil-dependent Arab nations tighten their fiscal policies and resort to debt capital markets to address their budget deficits, the Kuwaiti Government has responded somewhat positively to the sharp fall in prices. Remarkably, decreased oil revenues appear to have motivated the government to diversify its GDP and boost the nation’s market performance by launching a number of innovative development projects.

“This approach to the sharp fall in oil prices not only reflects the government’s commitment to moving ahead with its development plans, but it also signals that capital spending – the main driver of the Kuwaiti economy – will not be affected by the drop in oil revenues”, said Al-Jarrah.

Bolstered by an evolving economy, along with generous government support, Kuwait’s Islamic banks are well positioned to weather the economic storm currently facing the oil-rich Gulf states. With a successful transformation plan now in place, KIB is adapting to this rapidly changing market, forging a competitive edge and solidifying its commitment to become a global leader in Islamic finance.