A renewable energy transition is on the horizon

The energy sector needs to change rapidly and radically if the climate crisis is to be averted. Long hailed as a revolutionary low-carbon fuel, the day of green hydrogen is finally dawning to complement the role of electricity, says utilities firm Iberdrola 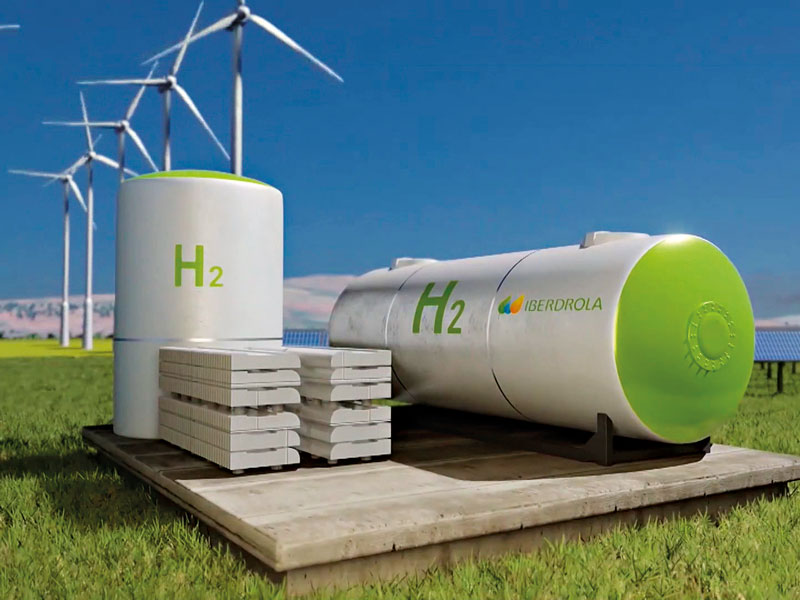 Around the world, momentum is growing behind the renewable energy movement. Nations are searching for solutions to power a cleaner, greener future, and bold plans are being set out to reduce carbon dioxide (CO2) emissions. The race is on to transition to a net zero energy system by 2050, and thus avert the crisis of global warming by limiting the world’s temperature rise to 1.5 degrees Celsius, as set out at the Paris Agreement.

Yet while countries around the globe look to put a stop to rampant CO2 emissions, energy demand is expected to tick ever higher as economies demand more power to facilitate their continued growth and development. The International Energy Agency (IEA) predicts energy demand will rise between 25 and 30 percent in the years to 2040.

Reaching the net zero milestone in a matter of decades while energy use continues to rise will require businesses to innovate and seek out sustainable solutions that are both accessible and efficient. One of them could be hydrogen.

A progressive fuel
Solutions for the renewable energy transition can often be found in plain sight in the natural world. Take solar, wind or hydropower. Hydrogen is the most abundant chemical element and as such is found throughout the earth. Its atoms make up water, plants, animals and humans, and in its rarer gas form it is an incredibly valuable fuel. Just take into account hydrogen is always in a compound form.

Today, green hydrogen is used as a cleaner alternative to high-polluting fuels, offering a critical tool in countries’ net zero journeys. While fossil fuels like oil, coal and natural gas cause damaging greenhouse gases when burnt, the only waste product created by hydrogen is water vapour. As a universal, light and highly reactive fuel, its place in the energy mix is key. For years, hydrogen has been heralded as a commodity with the power to revolutionise the energy industry.

But obtaining hydrogen is not cheap, and high costs have restricted its growth. With hydrogen’s green credentials calling the attention of global investors, however, this is finally changing. The Hydrogen Council expects at least $300bn to be invested globally in green hydrogen over the next decade. Meanwhile, the global demand for hydrogen for use as feedstock (in the fabrication of ammonia or its inclusion in chemical processes in refineries or industry) has tripled since 1975 to reach 70 million tonnes a year in 2018, according to the IEA.

Its popularity is no wonder, but its environmental impact is not so clear cut. When fossil fuels are used to create hydrogen, carbon dioxide emissions find their way into the atmosphere despite hydrogen’s clean credentials. Currently, hydrogen is almost entirely supplied from fossil fuels, with six percent of global natural gas and two percent of global coal going directly into hydrogen production. This makes hydrogen responsible for more than two percent of total global CO2 emissions, which is equal to the carbon emissions produced by the UK and Indonesia combined.

Renewable technology
Hydrogen generated from natural gas, or methane, is also known as grey hydrogen, and it is the form of the fuel that is most commonly produced today. Blue hydrogen is created when the carbon generated by obtaining hydrogen is captured and stored underground through carbon capture and storage (CCS) before it can pollute the atmosphere, although carbon capture is an expensive and not yet commercially viable technology.

Green hydrogen is the cleanest version of hydrogen available, and it is produced when renewable electricity, created by solar or wind power, is used in a chemical process called electrolysis, which sees the hydrogen atoms that make up water (H2O) being split from the oxygen atoms. Green hydrogen is a small but growing segment of the energy market, currently making up just 0.1 percent of overall hydrogen production, according to the IEA.

The World Hydrogen Council predicts that production costs for green hydrogen will drop by 50 percent by 2030, opening the floodgates for green hydrogen to power the future. As the decarbonisation of the economy progresses around the world – a process that is well in motion – and companies continue to build the necessary infrastructure, renewable energy will become cheaper, thus lowering the cost of green hydrogen and making it more widely available. In the longer term, green hydrogen will be important in niche areas that cannot be electrified, such as shipping, aviation, long-distance freight and steelmaking.

Realising its potential
Barriers persist, however. Iberdrola itself has invested in renewables for nearly two decades, but further progress is needed. Replacing all the grey hydrogen in the world will require a whopping 3,000 terawatt hours per year (TWh/year) from new renewables, equal to the current demand of Europe.

The shift will be critical for creating a cleaner energy system, as producing green hydrogen that emits no carbon dioxide into the atmosphere would slash the 830 million tonnes of CO2 that is emitted annually by obtaining grey hydrogen through traditional fossil fuels.

For green hydrogen to replace dirtier, polluting fuels, it must be produced at scale. Until the cost of renewables falls, green hydrogen will remain expensive to generate. Electrolyser farms, fuel cells, and other equipment that is used to obtain and manage green hydrogen, will all see their costs fall from mass manufacturing.

Another aspect to bear in mind is the added safety requirements needed when using hydrogen. Hydrogen is a highly volatile and flammable element, so extensive safety measures must be put in place to prevent leakages and explosions. While these hurdles cannot be overlooked, the benefits of hydrogen extend well beyond its sustainable status.

Hydrogen is also transportable and versatile, as it can be transformed into electricity to power a wide variety of industries, as well as ships, and planes. What’s more, hydrogen could be stored, allowing it to solve some of the mismatches between supply and demand, an issue that is often at the heart of the renewables debate. While prices for new solar and wind power are falling, batteries or other storage solutions are needed for the days when the wind doesn’t blow, or the sun is hidden behind clouds. Hydrogen, which can be obtained through renewables and then stored and used after it is produced, as well as being mixed with other energy sources, offers a flexible solution. Hydrogen can also be transported from renewable-energy-rich countries to areas with less access to green forms of energy, or manufactured in situ if the renewable electricity is transported using the electrical networks up to the consumption areas. A long-standing relationship with industry has also proved beneficial to hydrogen. Having been used to fuel cars, airships and spaceships since the beginning of the 19th century, today, hydrogen fuel cells are increasingly common for vehicles. Scaling green hydrogen in industries such as the production of fertilisers, steel, shipping and aviation is crucial to hydrogen’s contribution to a clean energy future (see Fig 1).
The electrification of the economy using renewable energy is the world’s best bet at decarbonisation, but decarbonised materials like green hydrogen have an important role to play in sectors where electrification is not yet competitive or technically possible, like steelmaking, shipping or aviation.

A promising future
Iberdrola, a longtime pioneer in renewables, is a leading force in the development of green hydrogen today. Having already fronted projects to transform sectors like the ammonia industry with green hydrogen, the group has announced plans to launch a large-scale green hydrogen project based on photovoltaic energy starting its initial phase in Puertollano, Spain. By 2030, Iberdrola is set to produce 85,000 tonnes of green hydrogen.