As the global economy adjusts to the political shocks of 2016, expert Richard Attias provides World Finance with an insight into those nations looking to make the biggest inroads in 2017 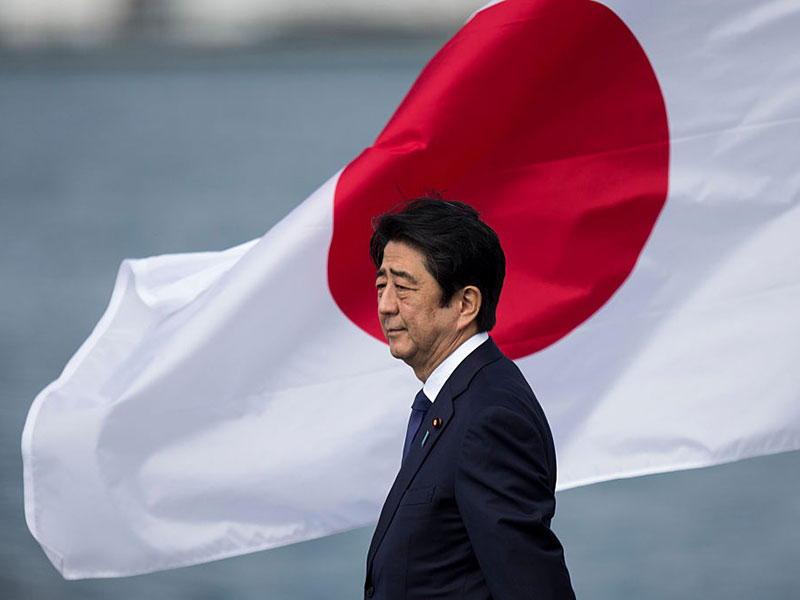 Following 2016’s populist revolts in the US, the UK and Italy, 2017 could provide a unique opportunity for several under-the-radar nations like Canada, Argentina and Japan to exert wider influence in a dramatically changed global landscape.

Just as companies must carefully nurture their brand image to achieve success, these countries understand that their reputations – how they position themselves and how others perceive them – are vital to their economic growth and diplomatic and cultural influence. Strong branding is essential to everything from attracting foreign investment and adding value to exports, to promoting tourism and wielding ‘soft power’.

Top Trump
Of course, no discussion of the power of national brands in 2017 can begin without examining how “Brand USA” will be impacted under the leadership of President Donald J Trump.

Regardless of your political stance, the story of President Trump’s rise from a bankrupted entrepreneur to President of the United States is, in many ways, a reflection of the American brand: the American dream. Myths are one of the most powerful reinforcers of brands and there is no better illustration that anything is possible in the US than Trump’s establishment as the leader of one of the most powerful countries on Earth.

One president, however, can only have an incremental impact on a solid brand like the US ­– a country strongly defined by longstanding values, iconic products, vast cultural output, superstar athletes and celebrities, popular tourist destinations and more.

President Trump, though, could potentially play a more influential role in one area that is critical to a nation’s brand: its reputation for good business. How he moves forward with his plans to invest in America’s infrastructure and support its thriving technology industry will be a key indicator of the impact he will have on the US brand.

Brave new world
While Trump is likely to make most of the headlines, his peer to the north, Canadian Prime Minister Justin Trudeau, also has a clear opportunity to propel his nation’s increasingly strong “New Canada” brand forward in 2017.

Proclaiming Canada is “not just about natural resources, but about resourcefulness”, Canada has moved beyond energy and minerals to become a hub for technology and innovation, a leader in human rights and climate control, and a nation viewed as open, vital, and on the rise. Trudeau’s bid to win a seat on the UN Security Council signals the country’s intentions to have a greater influence in shaping international affairs in the years to come.

Beyond the US and Canada, global watchers should keep these countries on their radar in 2017:

Argentina
President Mauricio Macri successfully returned the country to the international markets and put Argentina back on the map through an array of ambitious initiatives including gathering more than 4,000 business leaders and investors in Buenos Aires for the first-ever Argentina Business and Investment Forum last year. The International Monetary Fund estimates Argentina’s economy will grow at least three percent through 2019.

Saudi Arabia
Its record-breaking global bond sale in 2016 – the largest ever by a developing country – put a spotlight on the Kingdom’s efforts to diversify its economy and move away from its reliance on oil. Keep an eye on Saudi Arabia’s dynamic, 31-year-old Crown Prince Mohammed bin Salman, who is leading initiatives aimed at enlisting young Saudis to play a role in transforming the country into a centre for renewable energy, entrepreneurship and tourism as part of its ambitious Vision 2030.

Japan
After years of challenges, the Japanese economy finally appears to be on a path to recovery and is expected to show stable growth in 2017. With Prime Minister Shinzo Abe enjoying high approval ratings following a historic visit to Pearl Harbor last month and a recovery in the Japanese economy, watch for him to take a larger role on the world stage by becoming the leading advocate for an open international trading platform – especially if the Trans-Pacific Partnership is scuttled by President Trump.

Senegal
Under the leadership of President Macky Small, Senegal’s economic growth rose to 6.5 percent in 2015, making it one of the top 10 fastest-growing economies in the world, one of the most stable democracies in west Africa and the region’s leading business hub. In 2017, Senegal is poised to become a more influential player in the energy sector thanks to new offshore oil and gas discoveries.

Most of these countries share traits that provide a model for other nations seeking to strengthen their brands in a new world – a world in which globalisation and the leadership of the elite is being met with fresh challenges and questions. Nations with energetic leaders, who speak with an authentic voice, who understand the power of optics and digital media and who are committed to creating jobs and economic growth, have demonstrated the power of a new type of national branding. Now, all eyes will be on them to see how they can continue to move their nations forward and face the unexpected challenges that surely await them in the coming year.

Richard Attias is the Founder and Executive Chairman of nation branding and global communications consultancy firm Richard Attias & Associates. He produced the World Economic Forum in Davos from 1993 to 2006 and founded the Clinton Global Initiative and the Nobel Laureates Conference.