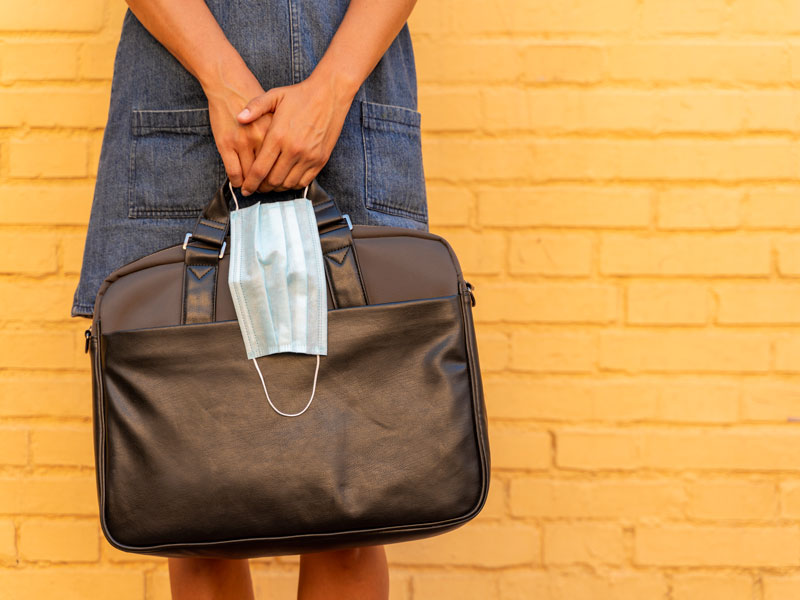 In his 1516 fictional work, Utopia, the philosopher Thomas More describes a conversation between Portuguese traveller Raphael Nonsenso and the Archbishop of Canterbury, John Morton, in which the former argues that cash handouts provided by the state could reduce theft in the city of Antwerp. “No penalty on earth will stop people from stealing, if it is their only way of getting food,” Nonsenso says. “It would be far more to the point to provide everyone with somne [sic] means of livelihood.”

This is thought to be the earliest written example of a concept that’s still considered radical today: universal basic income. Its advocates argue that the state should provide any individual with regular income, regardless of other factors such as their employment status, personal wealth or ability to work.

The concept of universal basic income has typically been popular among left-leaning economists and academics. Until recently, it had only been trialled in a number of small-scale pilots, including one in Finland and another in the Canadian province of Manitoba. Usually relegated to academic discussions, it was not a concept at the forefront of politicians’ minds.

But the coronavirus pandemic could change this. The crisis has led to unprecedented levels of government spending, with European nations guaranteeing wages through furlough schemes while other countries increase welfare provisions. More and more policymakers and politicians now believe that enacting unconditional universal basic income could mitigate some of the worst effects of the pandemic.

Desperate times, desperate measures
In March 2020, over 500 academics and public figures from around the globe signed an open letter urging governments to enact emergency basic income during the pandemic. Jens Lerche, Reader in Agrarian and Labour Studies at SOAS University of London, was one of its signatories. He explained his reasons for signing to World Finance.

“Across the world, millions of people have lost jobs and livelihoods because of the pandemic. The relief packages put in place only provide cover for some of them. Millions must rely on charity or survive on bare minimum support,” he said. “The only simple and straightforward system that could carry everyone through the crisis is universal basic income. It could ensure that no one fell through the cracks.”

Its proponents argue that an emergency basic income could provide vital support to small businesses and the self-employed, many of whom have been neglected in governments’ financial stimulus packages during the pandemic. Some commentators have also argued that universal basic income could limit the virus’s spread by increasing social distancing. They reason that, without the need to work, less vulnerable people would put themselves at risk of contracting the disease.

Some countries are already taking the idea more seriously. On 15 June 2020, Spain – one of the hardest-hit countries at the start of the pandemic – offered monthly payments of €1,015 ($1,145) to the nation’s poorest families. Germany announced in August that it was trialling such a system in a three-year study, giving monthly payments of $1,400 (€1,200) to 120 Germans and aiming to compare the results with 1,380 people who do not receive the payments.

A number of arguments have been put forward in favour of this. One is that universal basic income could heal some of the wealth inequality created through capitalism. “As the share of the wealth generated in society for the last decades has disproportionally benefited the super-rich, while many wages have stagnated, universal basic income is also a way of redressing skewed wealth distributions,” said Lerche. “In the long run, it could lead to less divided societies.”

Some also believe that, with the rise of automation and artificial intelligence, universal basic income could become a necessity. “The need for people to have a basic income that is linked not only to work is likely to become even more important in future as the progress in automation will lead to a shrinking job market,” said Lerche. In fact, the economist John Maynard Keynes predicted in 1930 that the grandchildren of his generation would work only fifteen hours a week, because their material needs would be satisfied. The fifteen-hour work week hasn’t yet materialised, but many academics continue to predict the decline of the global labour force.

Some economists argue that universal basic income could even benefit the economy. A 2017 study by the left-leaning Roosevelt Institute found that giving every adult in the US $1,000 a month could grow the economy by $2.5trn by 2025. Finally, it could also significantly improve people’s lives, by providing people with more income to spend on diet and by potentially eliminating homelessness.

Barriers to adoption
Despite its potential benefits, there are a number of reasons why governments have been reluctant to embrace universal income programmes. Unsurprisingly, a big one is cost. But proponents argue that universal basic income is much more affordable than people think.

In a working paper for the United Nations Development Programme, Eduardo Ortiz-Juarez and George Gray Molina estimate that the cost of providing temporary basic income to all people living below the poverty line could cost between $200bn and $465bn per month depending on the specific policy. Considering this could keep 2.78 billion people out of poverty, it’s a relatively modest amount. Meanwhile, the economist Karl Widerquist has found that, to fund a UBI of $12,000 per adult and $6,000 per child annually, the US would have to would raise an additional $539bn a year – much less than the trillions of dollars usually forecast.

“The cost issue is easily exaggerated but clearly more work and more political attention on this aspect is required; the fact that a universal basic income is affordable must be shown again and again,” said Lerche.

The feasibility of a basic income programme also depends on the existing institutional framework of a given country. Arguably, European welfare frameworks are better suited to a universal basic income than the welfare system of the US.

However, it’s not just a question of cost, existing institutions or political willpower. Some of the barriers to adoption are psychological in nature. “I think the biggest barrier is a kind of generalised sense that people can’t get money for nothing,” said Fouksman.

Fouksman argues that this mentality is deeply ingrained within capitalist society. “Of course, once you start picking this apart, you realise very quickly that it makes no sense,” she said. “Plenty of people get money for nothing by, for instance, investing in the stock market. But we don’t critique the wealthy for multiplying their money through passive investing.”

A change in mentality
An accusation often levied against universal basic income is that it could make people lazy. When Finland experimented with universal basic income for nearly two years between January 2017 and December 2018, the researchers concluded that while it may unemployed people happier, it did not lead to increased employment.

However, there were several problems with this study. The trial involved only 2,000 people and participants had to take cuts to other forms of government support. Both of these factors made it hard to measure the programme’s impact.

Moreover, as Fouksman points out, other studies have shown the opposite effect. “We actually know from tonnes of randomised control trials experiments and pilot programmes around the world dating back as far as the 1960s is that when people have a guaranteed income, actually, most of the time their participation in the economy increases,” she said, “whether it’s because they are more able to get jobs because they can migrate to places that actually have jobs, or because they’re able to finish their education and apply for more skilled for jobs, or because they now have the capital and the social insurance to take a risk and start their own businesses do all of these roots.”

The idea that it would support entrepreneurism is one shared by many tech leaders. Facebook CEO Mark Zuckerberg said in his Harvard Commencement speech in 2017 that he could only build the company thanks to his family’s financial stability. “The greatest successes come from having the freedom to fail,” he said. “Now it’s our time to define a new social contract for our generation. We should explore ideas like universal basic income to give everyone a cushion to try new things.”

According to Zuckerberg, a universal basic income would unlock equality of opportunity. It’s this line of thinking that has led some to conclude that it should be a basic human right. “You could think about it as a way of righting the wrongs of having an unequal initial distribution of resources, or giving people a rightful share of the wealth generated by previous generations that is currently being captured unfairly or unequally. Or you could think about it as simply a fundamental human right to life – in that, in order to live, you need basic resources.”

However, it could be a long time before the wider population share this view. Perceiving a universal basic income as a fundamental right, rather than another “handout”, would require a huge shift within the belief system of capitalist society. But now could be the optimum time for that shift in perception. Moments of crisis can often serve as catalysts for socio-economic change. Already, populations have had to adjust to new modes of working and more extensive welfare provisions as a result of the crisis brought on by COVID-19. It’s not unfeasible that universal basic income could become part of the legacy that the coronavirus pandemic leaves behind.