Are shareholders adequately informed about the future of fossil fuels? 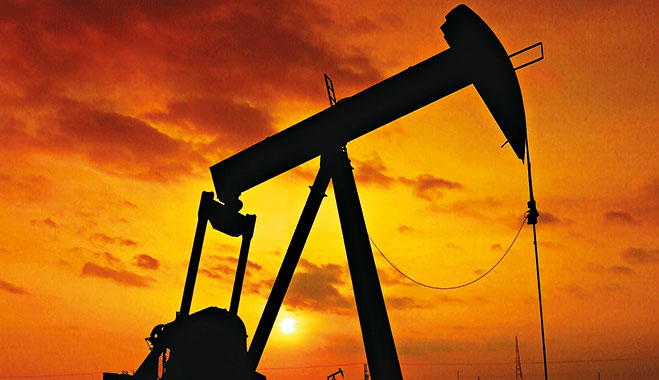 A crude oil pumpjack. As the fossil fuel industry continues its operations with a business-as-usual outlook, some fear that that shareholders are being misled about the future of the sector
Corporate Governance | Strategy
Author: Matt Timms

A recent Carbon Tracker report, entitled Lost in Transition, found that fossil fuel industry thinking is “skewed to the upside, and relies too heavily on high demand assumptions to justify new and costly capital investments to shareholders”. Going by this and other reports, it would appear the consensus too often dictates that demand for fossil fuels will climb in the coming decades and make up an overwhelming majority of the global energy mix.

More reasonable projections about the future energy market show this not to be the case, and the fear holds that shareholders are being misled – or at least misinformed – about the future of fossil fuels.

A reactionary industry
The risks for investors are manifold, and while rosy assumptions are giving them reason to feel optimistic, a wilful ignorance towards a likely slump in demand could leave them out of pocket. According to the Carbon Tracker report: “Investors need to challenge companies who are ignoring the demand destruction that the market sees coming through much sooner than the business-as-usual scenarios being cited by the industry. Otherwise they will be on the wrong side of the energy revolution.”

Another report by Critical Resource, entitled The Heat is On, likewise shows there to be a disconnect between the changes required to meet the legal two degree target and the mitigation strategies employed by companies so far. “There are a growing number of positive and encouraging fossil fuel industry initiatives, both company-level and collaborative, aimed at tackling climate concerns”, admit the report’s authors. However, “the industry has so far generally been locked in defensive mode, reacting to external pressures”.

While rosy assumptions are giving shareholders reason to feel optimistic, a wilful ignorance towards a likely slump in demand could leave them out of pocket

A consortium of institutional investors shared a similar sentiment in May when Aiming for A criticised Royal Dutch Shell for its failure to “fully address” the risks posed to its business by low carbon alternatives. This same group scored a notable victory in January when Shell finally bowed to shareholder pressure and agreed to recognise climate risks in its annual reporting.

Matt Crossman, who works across Ethical Research and Corporate Engagement at Rathbone Greenbank Investments, said of the resolution: “The issues of operational emissions management and long-term portfolio resilience in a carbon constrained world have never been more pressing for long-term investors. It is therefore heartening that the management of the company considers the areas would to be worthy of much improved consideration and disclosure. Decisions such as this are an important moment for shareholder engagement and stewardship.”

Moving with the times
Despite a string of little victories, the criticism holds – and for good reason – that fossil fuel companies are failing to adequately inform investors about the risks posed to their bottom line in a carbon-constrained world. Going back to the Carbon Tracker report, the authors found that typical industry scenarios assume coal, oil and gas use will grow between 30 and 50 percent and make up a three quarters share of the global energy mix by 2040.

These assumptions are a consequence of ‘straight-line syndrome’, where forecasters assume demand will continue unchanged. It’s an assumption that could cost shareholders dear. A refusal to accept climate-change-induced concessions also means there is little reason not to invest in costly projects and, as well meaning as these assumptions are, refusing to concede risks further down the line succeeds only in painting a false picture of where the industry’s opportunities lie.

It is not only activist shareholders and environmentally minded research groups that have challenged companies on this point: last year, former heads of BP and Shell expressed concerns about the industry’s refusal to act on climate change. The two, former CEO of BP Lord John Browne and former chairman of Shell and Anglo American Sir Mark Moody-Stuart, agreed there is a “significant disconnect” between the changes needed and the changes made to address mounting pressure to slash fossil fuel use.
Similar to how the banking sector has submitted “living wills” to show how they might withstand a financial shock, the two suggested the fossil fuel industry do much the same to show how they are planning for a “radically different future”.

While it’s too much to expect companies will plan – and spend – according to a worst-case scenario, it’s surely not too much to ask that they do more to adequately inform shareholders about the potential downsides of fossil fuel investment. An optimistic outlook is to be expected, although there is space to consider outlooks that take downside demand potential more into account.