In a new Republican framework, President Trump has promised to cut corporation tax to 20 percent to make US businesses more competitive internationally 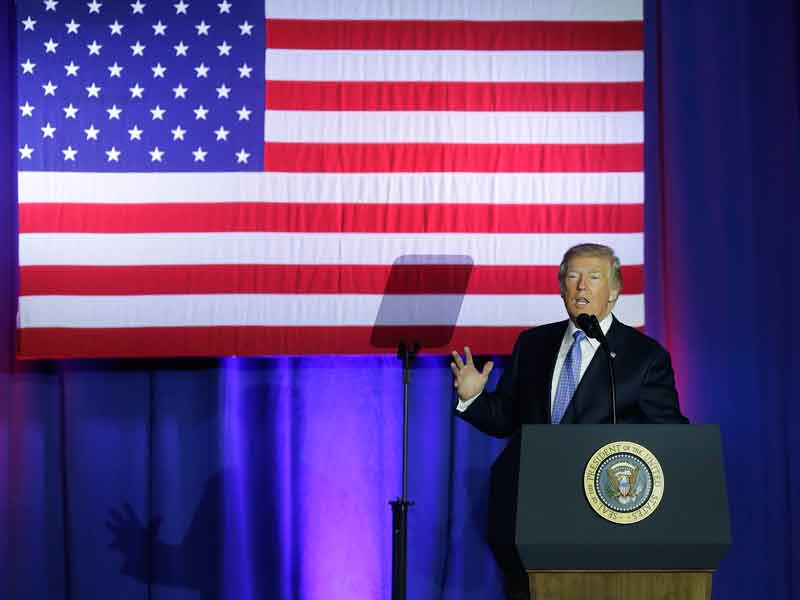 US President Donald Trump looks set to fulfil one of his longest-held campaign pledges after publishing a tax reform plan on September 27. The nine-page Republican framework is short on details, but it is still being viewed as a major step in the administration’s attempts to overhaul the US economy.

Among a host of changes to individual and business tax rates, the headline figure is a reduction in corporation tax from 35 percent to 20 percent. The average corporation tax rate currently stands at 22.5 percent in the industrialised world, and so the move would make US businesses more competitive internationally.

“The Trump Administration, the House Committee on Ways and Means, and the Senate Committee on Finance have developed a uniﬁed framework to achieve pro-American, ﬁscally responsible tax reform,” the document reads. “This framework will deliver a 21st-century tax code that is built for growth, supports middle-class families, defends our workers, protects our jobs, and puts America ﬁrst.”

The average corporation tax rate currently stands at 22.5 percent in the industrialised world, and so the move would make US businesses more competitive internationally

The full report details a host of other tax reforms, including a new three-tier personal tax system and a one-time repatriation tax for all overseas assets owned by US companies. Difficult questions remain unanswered, however, primarily with regard to how the cuts will be financed.

Concerns also remain about the likelihood that the new framework will be passed. The president has already suffered a number of high-profile legislative setbacks during his time in office, with his failed attempts to repeal the Affordable Care Act, better known as Obamacare, proving particularly noteworthy.

There has been talk, however, that the Trump administration could use special budget rules to pass the new tax framework via a simple Congress majority, thereby avoiding another embarrassing defeat. For a presidency that has been short on political support, successful tax reform would provide a much-needed boost as Trump moves towards his second year in office.