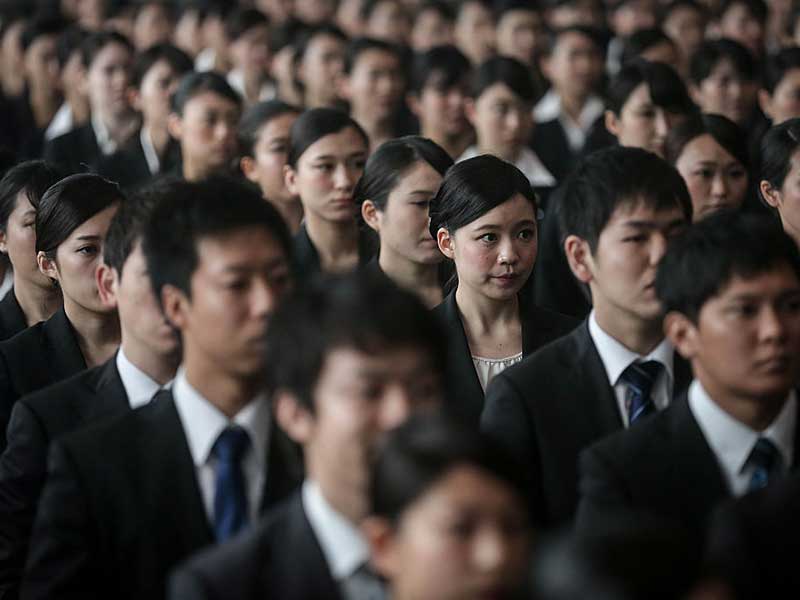 According to the latest data released by Japan’s Ministry of Internal Affairs and Communications, the job-to-applicant ratio exceeded expectations in May, reaching its highest point in 43 years. For each applicant in Japan there were an average of 1.49 job vacancies, up from 1.48 in the previous month. The numbers reflect a shortage of labour even more extreme than witnessed during the heated economic climate that preceded the 1990 financial crisis.

Japan’s growing unemployment rate can be explained by an increase in the number of people choosing to seek work, rather than a decrease in those employed

In a seemingly illogical twist, Japan’s unemployment rate actually increased during the same month. According to seasonally adjusted figures, the unemployment rate rose from 2.8 percent to 3.1 percent month-on-month. This quirk, however, can be explained by an increase in the number of people choosing to seek work, rather than a decrease in those employed. Indeed, the labour force participation rate has now reached its highest point since 2008.

More generally, however, unemployment is sitting at a historically low level. The key issue regarding Japan’s workforce has centred on a lack of wage increases coupled with stagnant inflation. Despite labour shortages, wage levels in Japan have seen only minor increases, and inflation is likely to fall short of the Bank of Japan’s target of two percent. The official inflation forecast for 2017 currently sits at 1.4 percent.

While the target inflation rate remains some way off, it seems likely there will be some upward pressure in the future. In an interview with Bloomberg, Takeshi Minami, Chief Economist at Norinchukin Research Institute, said: “Labour participation may be peaking due to supply shortage, which should push up wages and prices… it hasn’t occurred at all yet, but I do think we are getting there soon.”