Taxation during a pandemic: challenges and perspectives

Now is the time to rethink tax. How can we use it in a more diversified way to help us overcome the challenges brought about by the global pandemic? 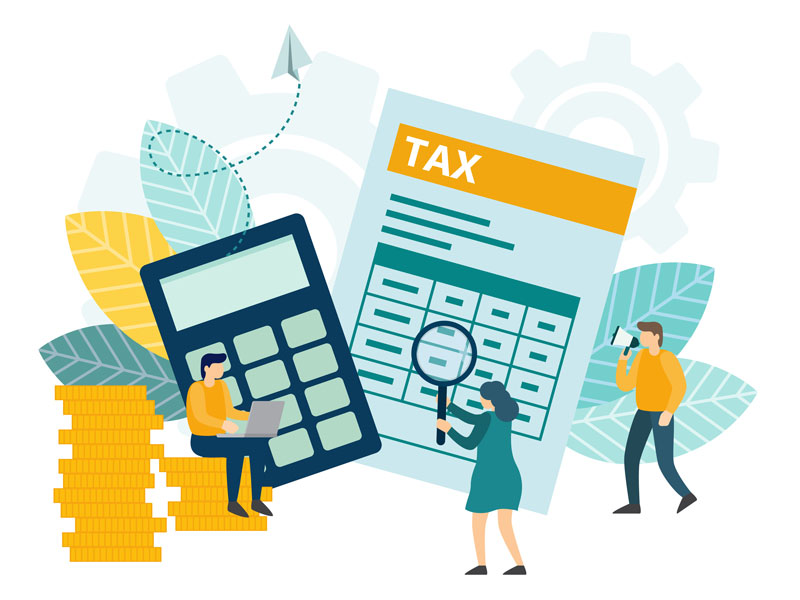 We live in strange times. The COVID-19 crisis has seriously disrupted the world order, while at the same time putting significant pressure on public finances. Firstly, the flow of tax revenues is patchy and irregular, due to the decrease in the global taxable base, or the lengthening of the time taken by taxpayers to pay their taxes. Secondly, the numerous state aid, while insufficient to compensate for the real damage suffered by the affected taxpayers, is increasing the deficit over the successive lockdowns. The same applies to measures designed to mitigate the effects of the crisis on businesses, such as exceptional carry-overs of tax-eligible losses. At the same time, a significant proportion of taxpayers have been stripped of their resources, with this problem affecting both natural and legal persons.

The question is, how will states manage to balance their budgets, preserve their GDP and finance themselves, in particular through taxation, without putting the taxpayers, who are already in great difficulty, in an impossible position? This seemingly impossible-to-solve equation highlights another reality: the inadequacy of the tax system as it exists today, consisting of centralising the management of most of a country’s resources at state level.

As regards the balance of the budget, the first step that is immediately necessary is of course to reduce public expenditure. However, the decrease in public spending should be offset by an increase in private expenditure, otherwise GDP and economic activity will contract. Today, however, there is both a reduction in demand (impoverishment of certain sections of the population and a climate of insecurity unfit for spending) and of supply (prohibition of operation or discontinuous operation of enterprises). Therefore, one should boost business operations and empower consumers to spend more. It is, in fact, high time to remember that taxation is not only a financing tool but can also be used as an instrument of economic policy, especially since, even within the EU, the states still have autonomy in matters of fiscal policy.

We believe that, although this may seem paradoxical, the solution is to give up part of the expected tax. This is done by means of tax reduction mechanisms, tax cuts or exemptions subject to investing and/or hiring. States could then safeguard their GDP and, in the long term, their budgets. Thus, rather than collecting resources immediately through taxation, they could trust market participants to achieve better results in the medium and long term. In the short term, states could still borrow to meet their immediate needs, especially since current rates are close to zero and the Stability and Growth Pact (SGP) has been suspended in Europe.

Business taxation post COVID-19
The pandemic will end, and it would be illusory to think that the announced growth alone would be enough to solve the problem, since it would, at most, be a return to the current disrupted balance. Corporate taxation will have to be reviewed, with greater emphasis on the overall tax burden and not just on the nominal corporate tax rate. Indeed, if, at first glance, tax is usually calculated on profit, a multitude of other taxes and fiscal charges would reach that profit before being subjected to tax. If we add the wage cost, which is disproportionate to the economic achievements and production costs, we note that companies are severely handicapped. Reducing these tax and extra-tax burdens would increase hiring and investment, while avoiding outsourcing and other subcontracting to countries with lower taxes and/or labour costs. The same requirements apply to individual companies and to the liberal professions.

Of course, tax relief must take place following a precise strategy and with a ‘going concern’ focus. Indeed, the goal is not to increase the profitability of companies only for the benefit of their shareholders, but to transform them into a vector of growth benefiting all the players in the economy. This would allow the increase of the global tax base in a more healthy way, and ultimately reduce rates. The simple reduction of the nominal tax rate is therefore not sufficient: it is imperative that we have a system where businesses have an incentive to hire and invest. Particular emphasis should be placed on investment, in equipment and personnel, in research and development as well as in technological innovation.

If we add the wage cost, which is disproportionate to the economic achievements and production costs, we note that companies are severely handicapped

Indeed, the crisis has not only revealed the essential character of these fields, but also the dependence of states on the private sector, when the situation gets beyond their control. Therefore, it seems both appropriate and justified to promote the activities of such undertakings, mainly by introducing tax incentives, in order to enable these operators to develop their activities. Moreover, the development of these sectors, like many others, would contribute to the creation of high-value-added jobs, while attracting investors, and therefore capital. States would also benefit from this, by taxing the individuals and entities involved in these projects. These measures would certainly have a cost from a budget point of view, but the economic growth and the reduction of unemployment would greatly reduce the fiscal burden, which would ultimately have favourable tax consequences for all taxpayers.

This approach aims to achieve the ideal situation in tax matters, namely the situation where the need of the state to finance itself can be combined with the need for companies to make profits and the necessity for individuals to have a job: a very large taxable base, subject to a tax at a modest rate. To do this, it would naturally be necessary for states to agree to transfer, de facto, part of their prerogatives to the private sector, since the management of resources would mainly take place at enterprise level and following the strategy adopted by it.

In this way, not only would the measures be more targeted, but in the long term, the state would regain its natural place in the market, which, at most, is one of arbitrator and not of actor. The crisis has also brought back to the table the question of whether to tax GAFAM and other online sales or services companies, most of which will emerge stronger from the crisis. States may well consider introducing taxes based on turnover in their territories, either temporarily or permanently. Such a tax could be set at a modest rate, in order to prevent these companies from passing on the increase in their taxes to consumers and to ensure that such taxation is not seen as punitive, as some political statements could unfortunately suggest. However, given the significant importance of the expected taxable base, the revenue deriving from this tax would cover, at least in part, the cost to each state of the new measures recommended above.

And what about individuals?
In the area of taxation of individuals, states face two problems: the increase in full or partial unemployment, and the significant decline in the income of taxpayers (including those declared bankrupt following the crisis). The crisis has thus aggravated the usual asymmetry between the obligation to pay tax and the limited financial capacity of the debtor, or more simply, between the legal obligation to contribute to the state’s expenses and the debtor’s capacity to contribute, especially since the effects of the crisis are felt more or less strongly depending on the social group in question. In light of the above, states will necessarily see a decrease in tax revenues, since taxes mainly affect personal income and consumption. The impossible equation mentioned above reappears here: how could countries bring money into the state coffers while protecting already weakened taxpayers?

Once again, it would be wise to act in the long term, even if it means increasing government debt in the short term. In this context, one could imagine revising the system of progressive taxation, in particular by widening tax brackets, while introducing incentives for consumption and investment in specific areas of general interest. In this way, part of the direct taxes that the state would deprive itself of would return to it through VAT. These would be specific taxes on certain products, and also income tax levied on those who would have benefited from the increase in the buying power and investment of taxpayers. Indeed, it is clear that, for a stalled economy to restart, capital must flow, not remain confined to derisory – and currently negative – interest rate bank accounts.

It is said that in every crisis lies the seed of opportunity. The current situation could thus provide an opportunity for states to use tax in a much more diversified way than in the past. New tax legislation should be adopted, in order to adapt the current rules to the requirements of the market and needs of the society, as these needs are shaped by the new realities.