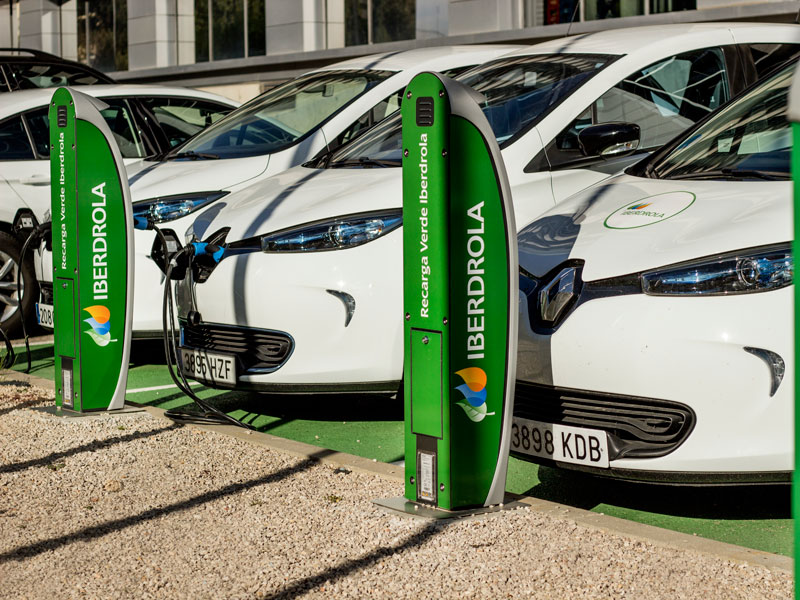 Sometimes society’s most important advances come from the most counter-intuitive ideas. In the 1970s, marine conservationist Bill Ballantine won a battle to open a protected marine reserve off the coast of New Zealand, overcoming concerns that it would harm the region’s fishing trade. Within a few years, the protected zone witnessed the desired increase in marine life. Yet it was what happened beyond the zone that amazed all concerned: the opportunity for catches outside the protected area increased to levels higher than fishermen had previously enjoyed inside it. Such was the rate of breeding inside the zone that fish had spilled out into the areas beyond in great numbers.

In the battle against global warming, our best hope could well be to use more electricity, not less

In the world of energy, it is high time for a similar piece of counter-intuitive thinking, as the fight against climate change grows more urgent every day. Whole countries are starting to feel the effects of global warming on their economies, while progress on the 1.5 degree warming target set in the Paris Agreement remains too slow. As the world continues to talk about decarbonisation, reducing emissions and increasing energy efficiency, electricity would seem to be a natural enemy. After all, just under 40 percent of it is still generated by burning coal, according to the International Energy Agency (IEA).

And yet, in the battle against global warming, our best hope could well be to use more electricity, not less. By increasing the amount we use, the world can finally kick its fossil fuel habit. This is because our cars have always run on oil-based fuels like petrol and diesel, our homes are still heated by burning gas, oil or coal, and our lives have long been powered by electricity generated in fossil fuel plants.

But this doesn’t need to be the case anymore. Advances in technology mean that by switching our transport and heat to methods powered by electricity and by taking advantage of the reduced price of the renewable energy used to create this electricity, we can make a decisive shift away from polluting fossil fuels. Globally, the IEA says that only 20 percent of energy demand today is met by electricity. Yet the winds of change are blowing.

A case for renewables
The fall in the cost of renewable energy generation has been spectacular. Iberdrola made a decision 18 years ago to invest in this opportunity, and today – with almost 30,000MW of renewable generation capacity to its name – the company is one of the world’s largest clean energy producers. Its UK business, Scottish Power, generates 100 percent of its energy from renewable sources, while the application of blockchain technology in Spain means that customers can track how their energy is generated and be assured that it is from renewable sources.

of energy demand is met by electricity

of electricity is still generated by burning coal

Drop in the cost of solar energy since 2010

Today, others are following suit, driving the cost of renewable electricity down further. This revolution has been so effective that in 2017, the UK enjoyed its first ever day of electricity generation without coal. Globally, the closure of coal-fired power plants continues apace, while Bloomberg New Energy Finance has recently predicted that wind and solar will account for half of the world’s energy generation by 2050.

The contribution that wind and solar are making to the global energy system and the transition away from fossil fuels demonstrates that government and bill-payer backing for renewable technologies has been well spent.

Projects can now be built quickly, are reliable, and are proven to both operate at scale and reduce carbon emissions. Today, onshore wind is the cheapest of any new-build energy-generation technology, while the cost of offshore wind has been reduced by over 50 percent in a short space of time, generating affordable power for thousands of households worldwide. The potential is enormous. Iberdrola’s East Anglia ONE offshore wind farm in the North Sea will power 500,000 homes once it is fully operational.

Solar energy, too, is coming of age. Previously a technology that relied on government subsidies, it is now an attractive commercial proposition. A 2018 report by the International Renewable Energy Agency found that the cost of solar energy has fallen by 73 percent since 2010, with further drops expected.

The battle for clean generation over fossil fuels is being won, but there remains much to do. Energy demand is still rising, and increasing the electrification of the economy is the only effective way to cater for rising energy demand while delivering on emissions reduction commitments.

Driving electrification
Today, there are clear areas of the economy that are responsible for high CO2 emissions and are ripe for mass electrification. A prime example is transportation: electric vehicles have taken time to gather momentum, but the pace of adoption is accelerating. Fortunately, advances in motor technology and ambitious government targets to phase out internal combustion engines and reduce air pollution are driving the development of electric vehicles forward.

Barriers remain, though. For instance, building sufficient charging infrastructure for a world where entire societies will shift to electric cars is a huge challenge. Another is how we will design electricity grids to cope with surges in demand when everyone plugs in at the same time.

Collectively, we must solve these challenges in order to ensure that the mass transition to electric vehicles runs smoothly. And crucially, this will require both private sector investment and supportive government policy. Get this right, and other sectors of the economy will quickly open up to the potential of electrification.

Iberdrola is already making great strides. In early 2019, a joint partnership with car manufacturer Nissan was announced to develop chargers for their electric vehicles, drawing on Iberdrola’s network infrastructure. The project will initially begin in Spain and will then be extended to other countries, including the UK and the US.

Heating, which is still driven almost exclusively by burning fuels, is another prime candidate for electrification. Heat pumps offer the most logical solution here, but the technology remains in its infancy and lacks the policy support required for it to fully take root. A successful transition to an electrified transport system could provide the much-needed confidence to help move things forward in other areas as well.

The storage conundrum
We also need a better solution for storing the renewable energy that is produced, which will provide baseload support for when natural resources cannot be relied on. Batteries are the common solution to this problem – however, they are not always the right one.

Current research and development of battery technology is not mature yet, with little consensus as to the best technology for the job. On a domestic level, batteries in homes are unlikely to be the answer for most people, given the size and scale of the installation required to sustain power and the fact that users will still need to be connected to the grid.

It is clear that more development of this technology is required. Happily, an alternative storage solution exists that is cost-effective and proven at scale, with several gigawatts of capacity available. It is called pumped hydro storage, but in many ways it functions like a natural battery.

On days when the wind doesn’t blow or the sun doesn’t shine brightly, water is released from a reservoir and flows downhill to generate power. When a windy, sunny day comes along, the pumps reverse and the opposite happens. Water flows uphill back into the reservoir, acting like a rechargeable battery that is ready to be used again. The potential for this technology is proven, and failure to invest in it at scale would be a huge missed opportunity.

Into the future
In the West, electricity feels central to our lives. Yet, counter-intuitively, the electrification of society has only just begun. And there’s one more ingredient missing: improved regulation.

The right regulatory framework is one that incentivises innovation and the necessary upgrades to power networks to cope with an electrified economy. It is one that takes a progressive approach to financing the development of new electric technologies, and it is a system that accelerates decarbonisation by employing a strong ‘polluter pays’ principle to ensure the costs of climate action are shared evenly.

It has been 270 years since Benjamin Franklin first experimented with electricity and introduced the concept to the world. As the effects of climate change continue to intensify, we cannot wait any longer to complete the journey he started us on.