Paul Ryan, the Speaker of the US House of Representatives, has pledged to see President Trump’s tax reforms implemented in 2017 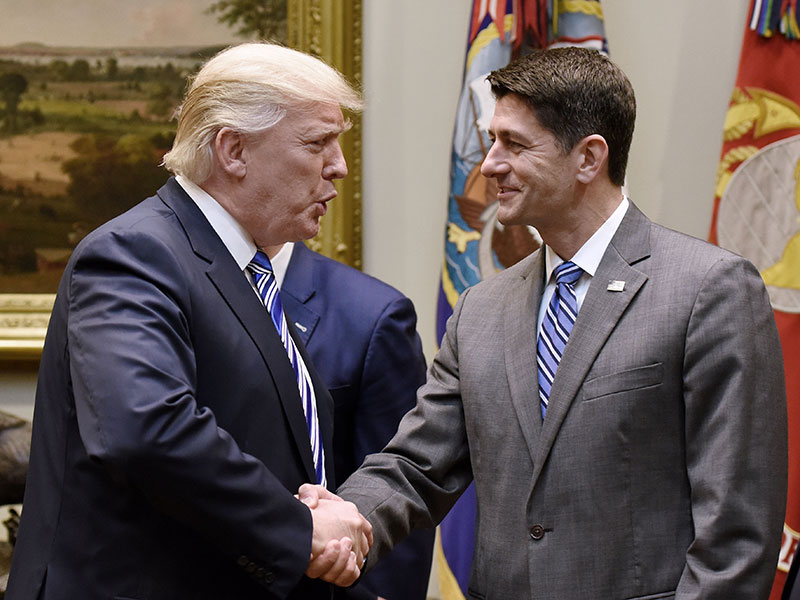 US President Donald Trump and Speaker of the US House of Representatives Paul Ryan. Ryan has reaffirmed Trump's commitment to imposing major tax reforms by the end of 2017
Strategy
Author: Rachel Connolly

In a speech to US manufacturers released on June 20, US House Speaker Paul Ryan asserted that Congress and the Trump administration are moving “full speed ahead” to deliver fundamental tax reforms. These reforms, promised during the Republican presidential campaign, are due to be enforced by the end of 2017.

Plans to cut tax rates for individuals, small businesses and US corporations while investing heavily in infrastructure to boost jobs and spending were the cornerstones of US President Donald Trump’s 2016 presidential bid.

Some promises made on the campaign trail have proved contentious with voters, business leaders, or both

Pledging the biggest overhaul to taxes since the Reagan era, Trump’s campaign revolved around reinstating economic prosperity for ‘left behind’ Americans. Some of his promises were uncontroversial: for example, measures to simplify the US’ proliferous tax code by reducing the number of individual tax brackets from a confusing seven to a more manageable three were welcomed by many.

However, some promises made on the campaign trail – and in the months since winning – have proved contentious with voters, business leaders, or both. These include raising tax rates, cutting corporation tax from 35 percent to 15 percent, and taxing American companies on profits earned through products sold in the US, but made abroad.

Republicans are under increasing pressure to make progress towards passing tax reforms in order to maintain their majority of the House of Representatives and the Senate in upcoming 2018 midterm elections. However, the party has struggled with infighting on other key Trump promises, such as the abolishment of Obamacare, suggesting that, despite the Republican majority, passing Trump’s tax reform will prove difficult.

With the hopes of unveiling the legislation by September, Ryan has been working with Senate Majority Leader Mitch McConnell, Treasury Secretary Steven Mnuchin and Chief Economic Advisor Gary Cohn to try and come to an agreement over the proposed tax reforms.

Ryan did not set out exactly which reforms he is determined to see implemented in his speech to US manufacturers, but he did assert that this is a key priority: “We are going to get this done in 2017… We cannot let this once-in-a-generation moment slip.”