How to solve the productivity puzzle

As productivity growth continues to stall in the developed world, Rachel Connolly asks, can frontier firms give some insight into the solution? 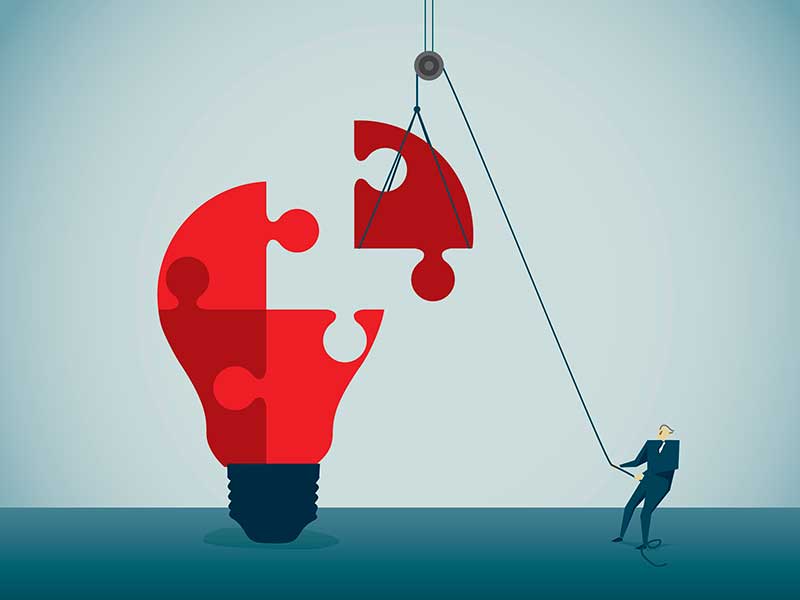 It is hard to overstate the role productivity has played in the prosperity we enjoy in the developed world today, and harder still to exaggerate the dire ramifications we now face as the OECD’s productivity growth grinds to a halt. The patchwork of reasons offered to explain the slowdown in production has failed to pinpoint the true cause, but recent research into ‘frontier firms’ has suggested they may provide some clue as to the solution.

Coined by Paul Krugman, the widely adopted assertion “productivity isn’t everything, but in the long run it is almost everything” identifies two crucial points: first, the extent to which productivity shapes an economy, and second, the metric through which we discuss productivity’s impact on living standards.

Productivity, by definition, is the fraction of GDP produced per hour worked, so it’s easy to see the vital role any growth in productivity plays in the wealth of a nation. It’s also important to note – in terms of raising living standards – growth should be considered relative to a state’s own past, and not compared to other countries.

Historically, high levels of productivity growth have afforded citizens of the developed world privileges so ubiquitous they have been construed as rights, but this may not be the case for coming generations. Until 2000, OECD area countries maintained a steady growth rate of around two percent year-on-year, while in emerging markets this was often zero, or even negative. This is why living conditions in richer countries improved colossally in the second half of the 20th century while developing economies witnessed little change.

High levels of productivity growth have afforded
citizens of the developed world privileges they have construed as rights, but this may not be the case for coming generations

This sluggish productivity will likely create two distinct problems for younger generations: for the first time in living memory, children in the developed world won’t experience a better quality of life than their parents, and, perhaps more worryingly, with debt payments contingent on GDP rising, developed countries will struggle to pay off mounting levels of public and private debt.

Unproductive problems
The stall in productivity has been particularly pronounced in Europe: in 1995, productivity growth in Europe stood on par with the rest of the world at two percent, but has since slumped to 0.5 percent. This figure trails the 3.2 percent registered in emerging economies, as well as the one percent posted in the stalling US.

Ageing populations and a fall in the number of births within the eurozone have only acted to compound the issue, with the workforce expected to shrink in the coming years. Therefore, if productivity remains flat, GDP is expected to fall across Europe. In the worst-case scenario, GDP could decrease by as much as 14 percent in Germany, 16 percent in Italy and 22 percent in Spain by 2050.

The effects of this slowdown are already visible in the UK, where productivity growth has been among the worst in Europe. Since the recession, wage growth in the UK has been paltry, with data published by the OECD showing wages grew faster in France, Germany and Italy. This downturn has also impacted public investment, with literacy among the UK’s 18 to 24 year-olds trailing Europe’s elite.

But, while the problems resulting from a slowdown in productivity are clear, the reasons behind the slump are less so. Productivity growth is driven by labour saving inventions, and is, therefore, contingent on firms investing funds into new technologies. A lack of investment during the recession has not helped the problem, but, equally, cannot be held wholly accountable, as the slowdown predates the financial crisis. Some economists, notably Robert Gordon, argue the problem is due to a lack of good innovation, rather than a lack of investment.

Frontier firms vs. laggard firms
However, recent research examining so-called ‘frontier firms’ casts doubt on Gordon’s pessimistic take. Frontier firms are companies that exist at the top end of productivity in any industry. Tech companies such as Google or Amazon are obvious examples of frontier firms, as are the likes of BMW, L’Oréal and Nestlé. Firms like these are often quick to adopt new technologies and implement innovative management practices, meaning if Gordon is correct, and the fault lies with technology, then these companies should have also suffered a slowdown in productivity – this has not been the case.

Speaking to World Finance, Daniel Andrews, a senior economist at the OECD and author of Frontier Firms, Technology Diffusion and Public Policy, said: “Productivity performance [among these firms has] continued to grow quite strongly… the problem was everyone else, or, rather, what we call laggard firms.”

With wage growth across OECD countries remaining low since the recession, companies haven’t been forced to invest in labour saving innovations…  simply put, the cost of investing in new equipment isn’t worthwhile

While frontier firms are still investing and innovating, Andrews believes “the benefits of their innovation and productivity aren’t diffusing to everyone else”. Andrews explained this discrepancy between hyper productive firms and laggards may lead to an upheaval in developed economies: “What we had before was a growth model in which the most technologically advanced firms innovate and the benefits of these innovations spill over into other firms, that has essentially driven economic growth for the last 50 years or so – since the Second World War. There seems to be a number of indications that process has broken down in the early 2000s.”

The reason for this lack of “innovation diffusion”, as Andrews calls it, is still unclear. Certainly, the cost of implementing new technologies is one barrier. But Andrews also cites bad management, and the fact laggard firms are “not doing the things that are complementary to technology adoption”.

As Andrews is quick to point out, if firms lack a carrot, they also lack a stick. With wage growth across OECD countries remaining low since the recession, companies haven’t been forced to invest in labour saving innovations. Simply put, with labour so cheap, the cost of investing in new equipment isn’t worthwhile.

“This is also about lack of competition in the market”, Andrews said. “Zombie firms – that is really weak firms – are increasingly able to survive in the market because they’re kept alive by creditors and weak banks.”

Developing frontier skills
There have, of course, always been frontier firms, but a combination of globalisation and heightened connectivity has given rise to what Andrews calls “winner takes all dynamics”. Andrews suggests this could occur even if firms were only “fractionally better than the next best firm”, with the best digital technology firms able to “essentially capture all of the market”.

A troubling side effect of the breakdown in innovation diffusion is the negative impact it seems to have on wages, with a growing inequality between salaries at frontier firms and their laggard counterparts.

Andrews also identified a mismatch in the level of skill: “On average across the OECD, about one quarter of workers have skills that don’t align with their job… it’s two-and-a-half times more likely that this reflects overskilling than underskilling… there are a lot of talented people trapped in quite marginal firms.”

The wage divergence between frontier firms and laggards means not only are talented people trapped in low skill jobs, they are also trapped with low wages. This may mean that, on top of a decline in living standards, the productivity crisis will limit the skills and salaries of future generations, with frontier firms hiring relatively few people.

The wage divergence between frontier firms and laggards means not only are talented people trapped in low skill jobs, they are also trapped with low wages

According to Huw Morris, an advisor to the Education Secretary in Wales, this is increasingly becoming an area of policy focus. Morris said: “[Frontier firms] tend to take on a small number of very, very skilled young people; they’re not interested in the bulk of graduates.” The opportunities to join a frontier firm also diminish as a person climbs the career ladder, and Morris believes this is compounded “because young people have indebted themselves so much, they’re not able to pay for their own training later in life”.

Morris also suggests our education systems are increasingly ill equipped to provide people with the necessary skills for a changing economy: “Technology is moving so quickly that lecturers in universities don’t have the skills to teach what industry wants”. This has been made worse by a lack of in-work training. Morris added: “I anticipate people in their 20s now, as they move up the career ladder will tell younger generations to think twice before doing a degree.”

Therefore, in order to avoid a future in which living standards are frozen and pay varies drastically depending on the employer, the productivity problem needs to be solved. Encouraging innovation diffusion throughout the entire economy will be key to any solution, and this could take the form of levies on companies failing to invest in staff training, schemes in which senior staff from frontier firms teach good management practices to those in laggard firms, or even a rethink of traditional one-subject degrees.

As Andrews puts it: “[The] productivity benefits are potentially unbounded, so you don’t want to come down too hard on frontier firms… but there are challenges to [the] old policy [which need to be] raised.”