While the country has strong economic growth prospects, Argentine’s tax regulations means nearly half of its GDP is sidelined 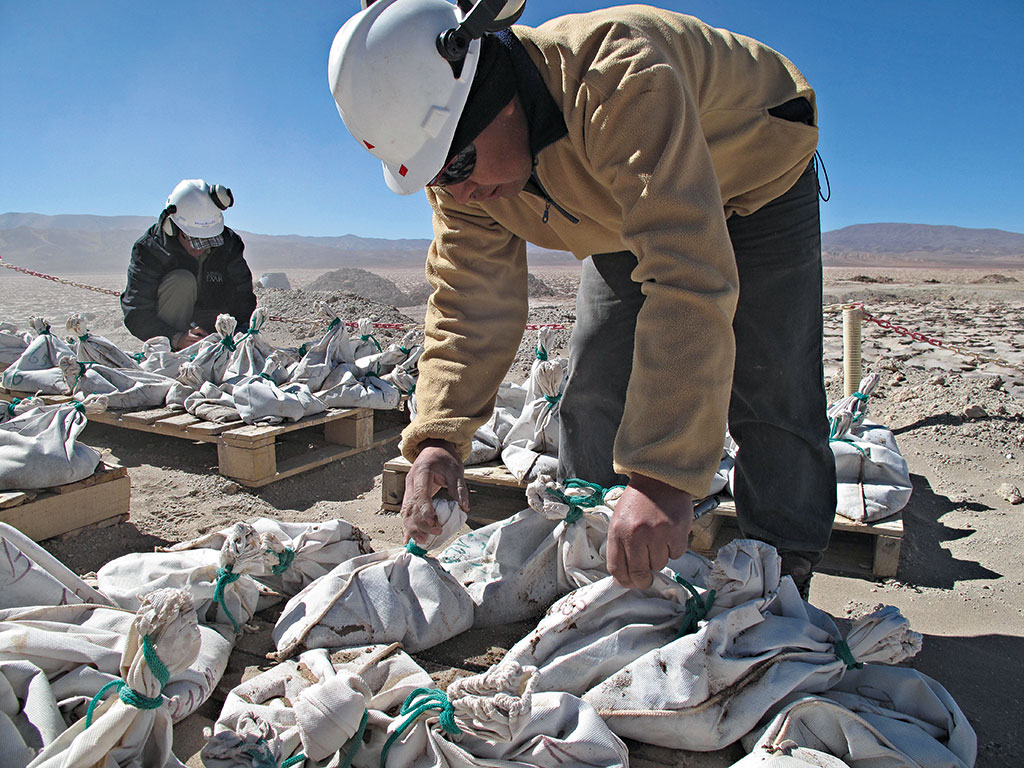 The second largest country in Latin America and the eighth at global level, Argentina has an estimated population of around 40 million. Its developing economy is based mainly on primary exploitation and the manufacturing of natural resources, through local employees trained for that job. Argentina’s growth potential can be related to the non-conventional hydrocarbons field (shale gas), which is known locally as ‘Vaca Muerta’ (Dead Cow). It is considered the second biggest field in the world regarding non-conventional hydrocarbon gas reserves, and fourth in terms of oil. It is estimated that the appropriate exploitation of this field could, in the future, place the country as a global player for oil and gas in an approximately 10-year horizon.

The country is one of the few that possess abundant reserves of lithium, which is fundamental for the production of electric batteries. Together with Bolivia and Chile, these three countries represent more than half of the global reserves of the strategic mineral. In an estimated total of 40 million worldwide, Argentina has six million lithium tons reserves.

A new contender for BRICs
The appropriate development of these natural conditions means Argentina may join a new generation of BRIC countries, defined by a high level of political stability, high growth rates, a great amount of natural resources, and a highly qualified workforce that also has favourable conditions to increase trade.

Already in 2006, Takashi Kadokura, researcher of the BRICs Research Institute of Japan, developed the VISTA concept, which included Vietnam, Indonesia, South Africa, Turkey and Argentina, as the new emerging generation to consider in the worldwide scenario. Currently, Argentina’s economy sustains its growth through the exportation of agricultural products, such as soya, wheat, seed corn and its derivative manufactured products. In that sense, Argentina is in third place as global exporter of soya, behind the US and Brazil.

The country also possesses a manufacturing sector oriented to the local market, and a strong services sector with high added value – software, audio visual content – that contributes to a considerable flow of export.

In terms of GDP, over the last decade Argentina has grown around seven percent annually. However, there were significant distortions in matters of taxation. Firstly, there has been a growth insurgence of the state related to the economic development of the country.

To finance the state’s growth, tax pressures have been noticeably increasing over the last decade. This has converted Argentina into a country with the highest tax pressure of Latin America, according to CEPAL – displacing Brazil from that position. In this sense, the tax pressure has increased 20 points, going from 22 percent of GDP to approximately 42 percent.

Regressive tax factors
This significant growth of public spending has been accompanied by the increase in the relative importance of non-sharing national revenues, from the national government to provincial governments (See Fig. 1). This fact received a contribution by the creation of taxes over the exportation of goods and over bank account transactions. The decrease of the relative weight of public resources in local government hands has resulted in the increase of tax aliquots of certain regional taxes such as stamp tax and turnover tax – both of which are collected by local governments.

From the origin of the state incomes point of view, Argentine tax collection is fundamentally based on income and VAT, which represent approximately the 14 percent of the GDP of the country. By definition, the VAT is considered a clearly regressive tax, as it affects each individual equally, independently of a person’s contribution capacity. This tax represents a collection of eight percent of the GDP, and the income tax the remaining six percent. The percentage of this last tax in respect of the GDP results quite inferior to international standards, due to, mainly, the existence of a portion of the informal economy still high in relation to the total country economy.

Even though the income tax considers the contribution capacity of the individuals, in Argentina, the lack of actualisation of deductions and tax scales in accordance with the increase of the general price index, means in practice, income tax has become regressive as a result of the payment of nominal incomes tax affected by an inflation rate around the annual 12 percent. Certain distortionary taxes such as exportation and importation right and bank transactions tax represent approximately the five percent of the GDP of the country.

As we previously mentioned, total tax pressure represents approximately the 42 percent of GDP. We arrive to this figure adding to the national taxes mentioned before (income tax, VAT, exportation and importation rights and bank transactions tax), provincial taxes such as turnover tax and stamp tax.

Within the last decade, Argentina has transformed a good tax system into one based on regressive and distortionary taxes that affect individuals

It is clear that this situation of high tax pressure has contributed to take away competitiveness from Argentine companies opposite the companies from the rest of the economies of the region and globally. Within the last decade, Argentina has transformed a good tax system into one based on regressive and distortionary taxes that affect individuals and the competitiveness of companies, interfering with business development and employment. In view of this scenario, a comprehensive tax reform should be put together with a sustainable and viable administration of public finance.

Therefore, the pillars of that reform should include applying the tax adjustment for inflation and the actualisation of deductions and tax scales that could stop the income tax payment over fictitious incomes. It should also include the reduction of distortionary taxes such as the bank transactions tax, letting its calculation be a payment on account of other taxes – specifically income tax in regards to exportation rights. Finally the setting-up of tax incentives to SMEs, as well as the reduction of informal economy should also be a factor.

The horizon of reforms
At Grupo GNP we believe that in the medium term the necessary reform of the tax system will occur, so as to generate the desirable convergence of Argentine tax pressure to more reasonable levels regarding international standards.

Meanwhile, companies based in the country and foreign investors who wish to invest in Argentina should, in view of the preponderance of tax factor in business, give a hierarchical structure to the analysis and decision-making in this business aspect. The focus for Grupo GNP is to perform efficient administration on outstanding tax matters in Argentina, and the rest of the countries in Latin America, as well as the strategic and business focus that has distinguished the organisation since it was founded, resulting in strong growth over the last few years.

Strongly specialised in tax and business consulting, the company offers high quality services and commitment, supported by a profound technical knowledge and focus on business, at a national and international level. The professional team is highly adept in the industry, working to the best tax strategies that allow clients to maximise the result of their business, with quick answers adapted to their needs.