In recent years, Bulgaria has been marred by political instability, natural disasters and global issues, but insurance firm Armeec has continued to grow 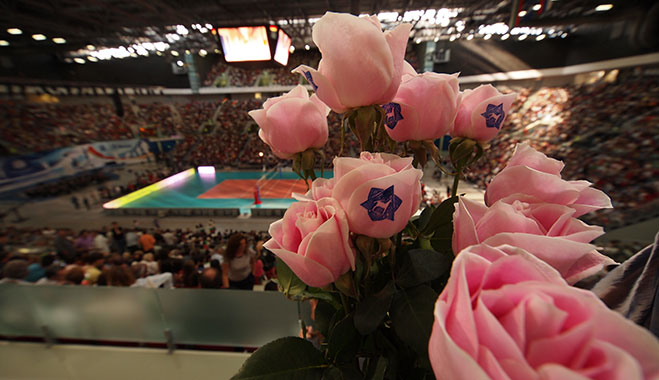 Armeec believes a company cannot develop a successful business in an unstable environment. It actively participates in a number of social initiatives and sponsors various cultural and sporting events
Insurance | Wealth Management
Interview with: Rumen Georgiev, Executive Director and Chairman of Management Board, Armeec

Bulgaria has had a rocky couple of years with political, financial and natural crises shaking the country and affecting its insurance services. Ranking first in Bulgaria’s non-life insurance market, however, Armeec has overcome those challenges and is treating the crises as a learning curve.

Rumen Georgiev, Executive Director and Chairman of the Management Board at Armeec, spoke to World Finance about the changing insurance market in Bulgaria, the importance of corporate responsibility and how Armeec has coped in a volatile few years.

In 2013, premium revenue from the non-life insurance market increased by 6.5 percent year on year – the first growth since 2009. Motor insurance had the largest share, accounting for 69.6 percent of the market, with premium income generated from third party liability seeing an increase of 10.8 percent over the year. From January to December 2013, motor casco insurance reported a decline of 1.9 percent from the previous year – maintaining the negative trend seen in previous years, mainly due to relatively few new cars being bought. According to data from the European Automobile Manufacturer’s Association, sales in the EU in 2013 were at their lowest since 1995 and dropped 1.7 percent from 2012.

What impact did the recent political crisis in Bulgaria have?
The political instability that began at the start of 2013 and came to a head in early 2014 resulted in slow GDP growth, increased levels of unemployment, and lower levels of consumption and credit demand. Frequent changes damaged the public’s confidence in the government, and the insolvency of one of the largest banks in the country in mid-2014 had a negative impact on financial institutions.

Despite the difficulties [in Bulgaria], premium income from non-life insurance companies has continued to increase

What challenges are there for the industry as a result?
Despite the difficulties mentioned, premium income from non-life insurance companies has continued to increase, with a year on year rise of 5.94 percent reported at the end of June 2014. Disasters that occurred this year, such as flooding and a hailstorm in Sofia, gave insurers in the country a chance to prove themselves and strengthen customer trust.

How has Armeec established itself in the market this year?
At the end of the 2013 fiscal year, Armeec reported growth in premium income for the 11th consecutive year and the company has continued to perform strongly in 2014. At the end of the first quarter it ranked first in the Bulgarian non-life insurance market, with a share of 13.2 percent, representing a year-on-year growth of around 20 percent.

Motor insurance accounted for the largest share in the company’s portfolio. Armeec ranked first in motor casco with a market share of 24 percent and it has been the leader in voluntary motor insurance since May 2011. In motor third party liability insurance, Armeec had a market share of 10 percent (representing a 28 percent increase from the previous year).

Armeec also ranked first for travel insurance with a market share of 24 percent (up 30 percent from 2013), while the premium income generated by accident insurance increased by 53 percent. Growth in revenue was also reported in liability, property, marine, aviation and cargo insurance.

How has the financial crisis affected Armeec and the industry as a whole?
Lower consumption and reduced credit led to a steady decline in premium income for the general insurance market in Bulgaria. But Armeec still managed to achieve continuous growth by ensuring a sensible pricing policy and strengthening its services.

What are the company’s strengths?
We offer high quality services with a strong customer focus and follow best practice guidelines. The company has a strong network, with more than 60 offices, and some of its products are also available from the Central Cooperative Bank (CCB). Permanent clients make up just over half of our customer base, which shows customers are drawn to our simplified procedures, constantly improving internal regulations and ability to respond to crises such as natural disasters.

Armeec has been carrying out market research through a specialised consulting firm since 2005 to analyse the sector and its individual segments with the economic situation in mind. This allows us to make earlier forecasts concerning customer trends. Regular ‘mystery shopper’ surveys are carried out to further monitor processes, and customer attitudes and satisfaction. Armeec also maintains direct contact with its customers at all stages of the insurance process. Special attention is paid to complaints so we can learn from each case and optimise our processes. Customer confidence is crucial to the company’s success.

Where is the company’s focus for development?
Armeec aims to strengthen its position as a leader in the market by improving operational performance and efficiency through new technology and staff training. The company is also expanding its channels by driving internet and phone sales, and its product portfolio will be adapted by the end of the year to meet current market needs to offer accurate, flexible and innovative policies at competitive prices. The company will continue to develop its network, driving direct sales with the aim of attracting new business. The company will further expand its regional activity and is set to collaborate with companies under Chimimport Holding through joint projects and partnerships.

What is Armeec doing to earn customer trust?
The company’s services are constantly being tailored to meet customer requirements and a new corporate website is currently in the process of being tested. The company has 15 claim-handling centres as well as a 24-hour customer service call centre and staff available who can assist on the spot if an accident occurs. Armeec offers excellent training to its employees to maintain its skilled workforce and has been actively working to simplify procedures and improve internal regulations.

Armeec, together with other leading companies, including those under Chimimport Holding, created the biggest loyalty programme, the Bulgaria CCB Club, which offers customers discounts when they purchase products in the network. The company is involved in various projects, including workshops to help students develop skills and gain professional experience. Armeec also funds and participates in national and international financial and economic forums with the aim of strengthening the financial sector in Bulgaria.

How important is corporate social responsibility to the company?
Armeec believes a company cannot develop a successful business in an unstable environment. It thus actively participates in a number of social initiatives and sponsors various cultural and sporting events.

In 2014 the company launched ‘Patriotism’, a year-long project carried out in cooperation with media and state institutions. It involved printing posters of the Bulgarian ‘Banner of Braila’ and six prominent Bulgarians in national newspapers on important dates in Bulgarian history. These prints are now being framed and donated to the schools, community centres, libraries and universities named after those pictured.

Since the end of 2012, Armeec has been part of the environmental conservation initiative ‘Let’s bring back the Saker Falcon in Bulgaria’. A percentage of every motor casco policy bought goes to the project.

Armeec is also the main sponsor of the Bulgarian Karate Kyokushin Federation and has partnered with Martin Choy, the country’s most successful motorcyclist. Since 2013 Armeec has been supporting mountaineer Dr Atanas Skatov to climb the seven highest peaks in the world.

In 2013 the company supported ‘Driving is Responsibility’, an initiative that aims to reduce road accidents, and in 2014 it took part in the international conference ‘Catastrophic risks in Bulgaria – a hierarchy of responsibility’ to discuss climate change, the role of insurance in catastrophic events and the potential for an insurance pool.

The company is participating in various other projects in cooperation with the Ministry of Physical Education and Sports.

What does 2015 hold for the firm in terms of projects and growth?
The experience gained in response to natural disasters will be transformed into a systematic anti-crisis action programme to further improve customer service. Our expectations are that in 2015 the majority of Armeec’s advertising and communication will be done via the internet and social networking sites, with customers and partners following our pages. This will allow customers to have daily contact with the company.