How the insurance sector found success following disaster in the Philippines

Natural disaster devastated the Philippines in 2013, causing billions of dollars worth of damage in the process. As a result, the insurance sector faced a challenging, yet successful year 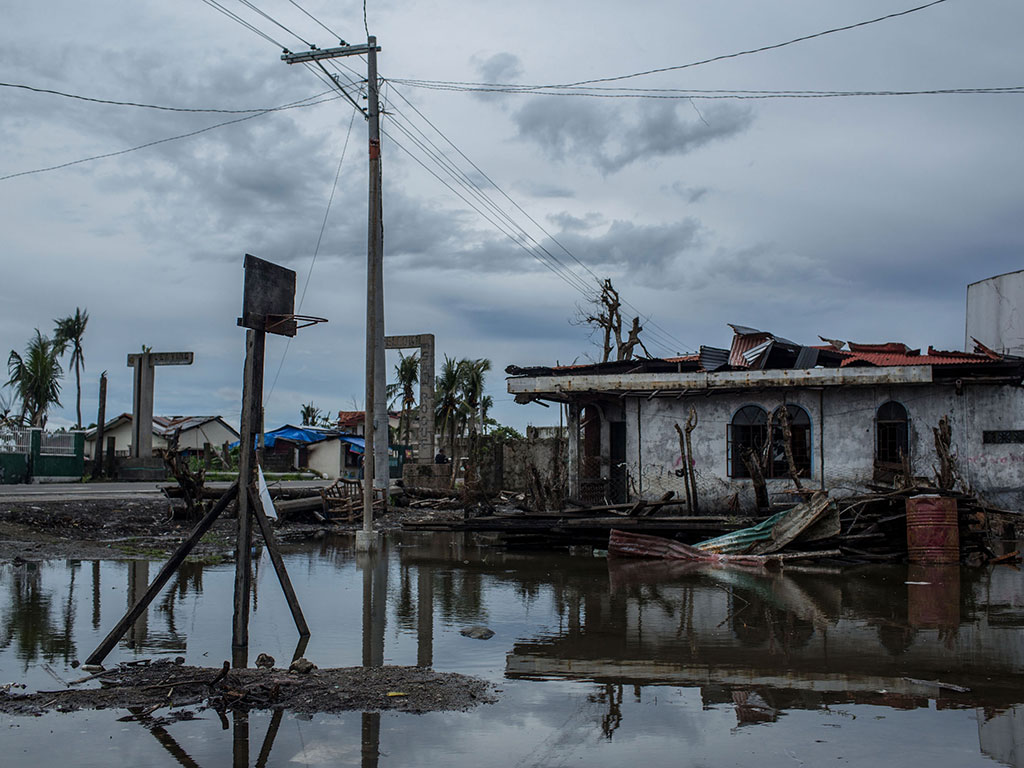 Typhoon Yolanda was one of the strongest cyclones ever recorded. In November 2013, it left a path of destruction through Southeast Asia, causing more than 6,000 deaths and over $2.5bn in damage. The Philippines was the worst hit.

Nevertheless, despite this and several other natural disasters occurring in the same year, the insurance sector in the Philippines posted a 47 percent increase in premiums for the year. Based on preliminary estimates, the combined premiums reached PHP210bn, up PHP67bn from the previous year. Such an upward spiral was primarily driven by strong growth in the life insurance sector.

In the same year, the economy in the Philippines grew by 6.5 percent. This goes to illustrate how strong growth in the economy directly benefits the insurance sector because it allows Filipinos more purchasing power, enabling them to appreciate the value of insurance. This is especially relevant for those who need it the most: those in the middle to low-income households. In fact, the proportion of Filipinos who purchased life insurance jumped to 24.25 percent in 2012, from just 14 percent in 2009. In addition, of the life insurance policies sold in 2013, 23 percent were micro-insurance, a testament that the aggressive marketing campaign for micro-insurance products has paid off.

This stronger appetite for life insurance products has become widely accepted during the recent years, on the back of the prevailing low interest rate environment. However, the growth in the non-life insurance sector was more conservative, primarily as a result of higher claims from catastrophes.

Non-life insurance
The insurance industry saw a steady increase in its penetration rate, measured as the proportion of the total premiums (both life and non-life) versus the country’s GDP, from a paltry 1.02 percent in 2009 to 1.9 percent as of the end of the third quarter 2013. The Philippine Insurance Commissioner attributes this to “the introduction of new products and channels of distribution as well as the improving micro-insurance industry”.

Nonetheless, this is still far below its counterparts within the ASEAN Region. The ambitious goal of the Philippine Insurance Commissioner is to increase penetration rate further, by as much as three percent.

The increasing trend of life and non-life insurance is perceived to continue into 2015, due to the country’s enormous growth potential, which is supported by the positive interplay of developments in both economic and regulatory environments. The recently approved Amended Insurance Code of the Philippines will encourage the further consolidation of the market, tighter regulations, loosening bancassurance restrictions, wider investment outlets, and financial reporting framework more aligned to internationally accepted accounting standards.

Some of the major changes are as follows: the graduated increase in capitalisation reaching PHP1.3bn by 2022 is now based on net-worth rather than paid up capital and the old manner of computing for solvency, previously known as Margin of Solvency (MOS), has been completely deleted from the code and shall now be computed based on internationally accepted solvency frameworks, leaning towards the Risk-Based Capital Requirements (RBC). With the increasing capital requirements, the non-life insurance industry expects more mergers and acquisitions among its members, or at worst, companies deciding to surrender their licenses altogether. To date, there are now 68 non-life insurance companies in the country.

These amended provisions are expected to pave the way for a stronger insurance sector, thus making it better prepared for the integration of member economies of the ASEAN in 2015.

The main growth drivers of the non-life insurance industry remain anchored on car and residential purchases – visible signs of continuing growth in disposal income. New car sales reached 181,283 units in 2013, hitting a new record of 16 percent growth from the previous year. Furthermore, based on data from ASEAN Automotive Federation (AAF), vehicle sales increased by 22 percent to 89,335 units in the first five months of 2014, from 72,988 units in the same period in 2013, making it the highest in the region, besting Vietnam, Singapore, Indonesia and Malaysia. This feat is expected to continue for the year with the introduction of new vehicle models and expanded dealerships nationwide.

In the meantime, the property sector remains vibrant too, showing no signs of slowing down, even as the country recuperates from the massive destruction caused by Typhoon Yolanda. Real estate developers continue to acquire and build, the business process outsourcing (BPO) offices continue to grow and prices in Makati central business district have been rising from seven to 12 percent.

Other growth drivers of the industry are expected to come from the many developments in other industries that likewise help drive insurance demand – the construction, BPO sector and IT outsourcing, education, energy, aviation, transportation, tourism and gaming sectors.

Weathering the storm
During a sales conference in 2014, Joel Brazil, Branch Manager of Ormoc Branch and Tacloban Extension Office, told of his own experience when Typhoon Yolanda hit.

At the height of the typhoon, to protect his family from the winds, Brazil held up a mattress over his wife and five children for four hours. After the worst was over, they slowly went out to survey the damage on their home. Upon seeing the extent of damage caused by the storm on his home, which had taken four years to build only to be extensively damaged in the fifth year, he was devastated. Still reeling, he noticed someone rushing up to his home who handed him an urgent letter. The letter was from one of his assured, filing a claim, but with a short note apologising for having to do so at such a time – when all of them were badly affected by the typhoon.

At that moment, he realised that despite his responsibility to his family, he had to face another responsibility in this time of need – the duty of delivering claims service to his clients. Unknown to him, this was the same thought in the minds of employees in Tacloban, an extension office to Ormoc Branch. A few days after the typhoon, they set up a table on front of the Tacloban Extension Office for the purpose of accepting claims.

This light bulb moment embodies the company’s response to natural catastrophes– to be always there for clients, when it is most needed.

Standard Insurance also competently weathered Yolanda and the other natural disasters that occurred in 2013. This feat is attributable to the concerted efforts by the company’s personnel in handling the resulting claims, as well as providing relief to our co-workers affected by these calamities.

[T]he company’s response to natural catastrophes – to be always there for clients, when it is most needed.

Equally important was the company’s internally developed total insurance structure, which has earned a solid reputation of dependability during the weather-related catastrophes of recent years. In fact, the insurance system and structure of the company has demonstrated a good track record of managing catastrophe related losses. This is underpinned by comprehensive risk modelling software and reinsurance protection from highly rated reinsurers, grounded on stringent risk underwriting, as well as visible and extensive infrastructure. This infrastructure includes the most extensive nationwide network of car-dealer business partners and the country’s largest and capable claims and technical adjustment team.

Our reinsurance support is financially strong and has the capability to respond to claims. The company’s reinsurance treaties, all under an excess of loss, are provided by highly rated international reinsurers, which have buffered the company from the impact of high severity losses as a result of disaster.

Integral to the insurance structure is the application of the company’s comprehensive risk modelling software, the internally developed Catastrophe Risk Management System (CRMS) where the Geographic Information System (GIS) or digitalised hazard mapping is applied to the assessment of natural hazards, such as earthquake and flood risks. Risk accumulations are thus controlled.

Therefore, throughout these difficult times, all risks were properly covered by reinsurance treaties with highly rated foreign reinsurance companies, and losses were manageable. More importantly, the company did not have any risk exposures to both Philippine Associated Smelting and Refining (Pasar) and the Philippine Phosphate Fertiliser Corporation (Philphos), supposedly the biggest single losses during Typhoon Yolanda in the Visayas, because of the company’s stringent risk underwriting.

How we handled Yolanda
The first thing the company did was to locate all employees in affected areas, which took a few days as all forms of communication were down. After which, using our Cebu branch as base, the company shipped out basic supplies such as food and emergency needs to Ormoc and other affected areas. Cash assistance was released and sent to the affected employees immediately, and when needed, additional low interest-bearing loans were extended to our people in Yolanda affected areas. After making sure that all employees were safe and provided for, company donations were disseminated to Tacloban, the most damaged area. Subsequently, the following were implemented to facilitate claims from the affected areas:

• We simplified claim document requirements and fast-tracked the adjustment of motorcar and residential claims;
• We deployed our claims and technical team to conduct inspection of damaged properties in Leyte and Panay Island;
• We granted interim payments to assist our clients in rebuilding businesses;
• We rented a yard in Tacloban to provide temporary storage space for flooded vehicles to avoid theft of vehicle parts;
• Our Recovery Management Head led the setting-up and manning of the Insurance Commission-mandated Claims Action Centre to assist claimants with all insurance companies. He likewise personally assisted our Tacloban office in handling claims and subsequent disposal of salvaged vehicles.

It has never been a more challenging time for the non-life insurance industry, nonetheless, the resiliency of the Filipinos once again saw us through one of the worst experiences one can ever imagine.