The rise of the titans

Today, the majority of assets in the investment industry are concentrated in the hands of large US passive fund groups like Vanguard and BlackRock. The COVID-19 pandemic could tighten their grip on the market 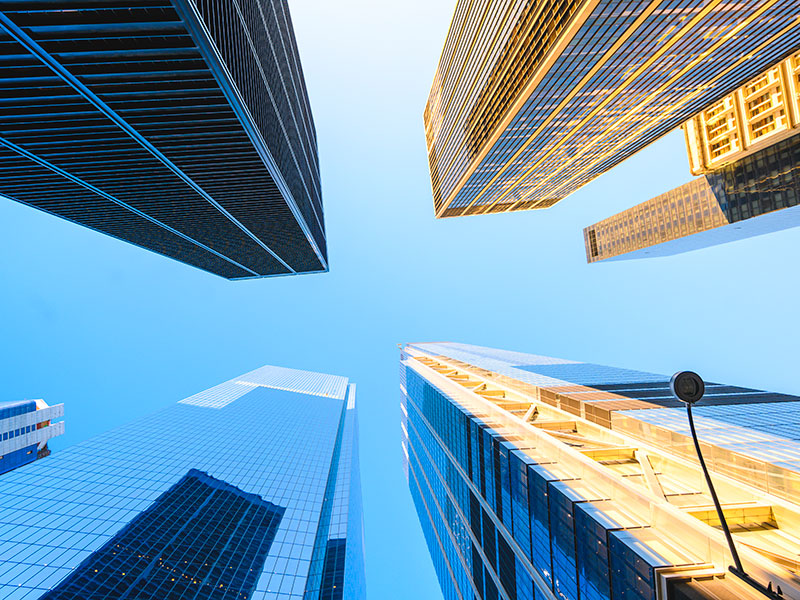 Before the financial crisis, passive investing was a little-known niche. Today, though, passive funds, such as index funds and exchange-traded funds, dominate global markets. Fund managers who entered the market early – namely, BlackRock and the Vanguard Group – now have over $6trn in global assets under management apiece. Contrary to analysts’ predictions that a period of extreme market volatility could chip away at their dominance, the COVID-19 pandemic may entrench it.

Success at any cost
Unlike active funds, passive funds are designed to match the components of a financial market index – such as the S&P 500 – in the belief that the market will outperform any individual stock in the long term. In the words of John Bogle, the late founder of the Vanguard Group: “Owning the stock market over the long term is a winner’s game, but attempting to beat the market is a loser’s game.” These funds have been growing in popularity since they first emerged in the 1970s, but it was following the 2008 financial crisis that their adoption took off. “Some of this is because of how poorly active management performed during the financial crisis and because people realised how much they were paying,” Todd Rosenbluth, Director of Mutual and Exchange Traded Fund Research at CFRA Research, told World Finance. “And then part of it is this snowball effect. So once money starts to go in, the scale increases, the fees come down even lower and that drives further and further adoption.”

Passive funds’ dominant position in the market is all down to cost. Without the need to employ the services of research analysts and others who try to select winning stocks, passive funds can afford to keep their fees much lower than active funds, giving them greater appeal among investors.

Ever since Vanguard first set the precedent on cheap products, passive funds have been aggressively slashing their fees in a price war that some analysts have dubbed ‘feemageddon’. In 2018, Fidelity Investments became the first financial services company to offer a zero-fee index fund.

“For newer entrants, if you’re going to enter the passive fund market relatively late, then you have to do so [by] either being different than everybody else or cheaper than everybody else,” Rosenbluth said. Meanwhile, active managers have been forced to join forces to remain competitive. In February, Franklin Resources announced it was buying rival Legg Mason for $4.5bn.

A big problem
According to Reuters, index funds now control half of the US stock mutual fund market. Michael Burry, one of the fund managers highlighted in the film The Big Short, caused a stir in 2019 when he claimed that index funds were the next bubble, comparing them to the collateralised debt obligations that sparked the 2008 financial crisis.

But Rosenbluth disagrees: “The people who are arguing that are people who stand to get hurt by the growth of passive management, and those are active managers. At the moment, there’s still a very small amount of securities that are held by passive investments… It’s not accurate that passive products are causing a bubble in the market. Stocks go up or down because people buy stocks. A very small percentage of people buying stocks are still using passive products to get their exposure.”

Even Vanguard’s Bogle expressed concerns that a handful of asset managers had become too big for their own good. Today, Vanguard is the biggest shareholder in almost every major listed US company. Regulators have raised concerns that its dominance could undermine corporate governance in the long term.

On the up
In theory, active managers who try to beat the market by picking winning stocks should thrive in times of volatility. That’s why, when the COVID-19 pandemic caused stocks to hit record lows, many analysts expected investors to pull out of passive funds. That was not the case, however: according to an analysis from US-based research group Flowspring, the migration of investors to these groups accelerated in the first three months of the year. “It turned out that not everybody rushed for the exits,” Rosenbluth told World Finance. “In fact, people ran in towards passive products. So I think it debunked the myth that these products were not as liquid as they were.”

Passive funds have reshaped global asset management with their provision of low-cost products. For the time being, a swing back to active funds looks unlikely. “We’ll see how active management performs,” Rosenbluth said. “If we end the year with losses, those typically cause people to then determine they’re not happy paying the premium for active management. That’s what we saw in the financial crisis.”