US economy stutters in 2016

A number of surprising developments last year posed challenges to foreign currency traders. By picking apart the biggest shocks of the year, currency analysts at XM’s Investment Research Department believe savvy agents can prepare for what 2017 has in store 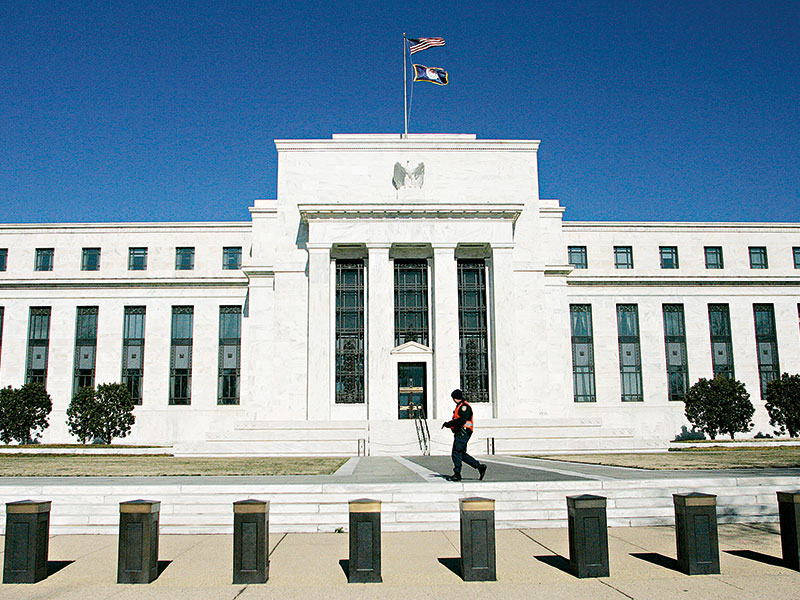 The year 2016 was marred by several unexpected developments: the UK’s shock decision to leave the EU; China’s struggle to stabilise its economy; the surprise election of Donald Trump in the US; and the persistent deflationary pressures engulfing most advanced economies. Perhaps a less widely publicised example, however, was the unanticipated slowdown of the US economy.

The US ran out of steam in the first half of 2016, as growth in the world’s largest economy slowed unexpectedly. Growth expectations for the year fell from 2.5 percent at the end of 2015 to 1.5 percent. Although consumer spending held up well during the year, business investment was weak and exports were held back by the strength of the dollar and lacklustre growth elsewhere in the world. The sluggish economic performance was one of the reasons the Fed refrained from raising rates during the first half of the year – despite initially planning one or two possible hikes.

Easterly winds
There were several headwinds following the beginning of the year that seriously worried policymakers. The year started with a fresh bout of volatility in financial markets, principally caused by the People’s Bank of China’s (PBOC) willingness to let the yuan depreciate against the dollar – the same source of panic that led to turbulence in the global market in the summer of 2015. This, in turn, renewed concerns over the health of China’s economy, and the subsequent knock-on effects it would have on other emerging market economies.

While the yuan remained on a steady downward path, financial markets became somewhat less concerned about any further depreciation of the currency. This appeared, in part, to be a result of investors perceiving the fall to be consistent with China’s economic slowdown. Another contributing factor was PBOC’s demonstration that it was able to support the yuan when necessary. There was also an improved mood regarding the state of China’s economy, as indicated by the rebound in China’s stock market – rising sharply after a January low.

Nevertheless, there was confusion about the PBOC exchange rate policy, with many analysts questioning the central bank’s ‘market-orientated’ daily midpoint fixing. In the meantime, China’s economy showed signs of stabilising, with GDP growth averaging 6.7 percent year-over-year during the first nine months of 2016. Even the struggling manufacturing sector appeared to be coming out of the doldrums, with both the official and Caixin manufacturing Purchasing Managers’ indices turning positive in the third quarter. Exports failed to recover, however, and China looked set to record a decline in yearly exports for the second year running.

Perhaps a bigger risk facing the country was the high level of corporate and local government debt. Chinese authorities had been relying on increased lending to sustain demand and meet their growth targets. The credit surge came despite the PBOC keeping its benchmark rate at 4.35 percent since October 2015. The central bank resisted cutting its one-year lending rate further despite low inflation – fearing any cut would fuel further capital outflows. Instead, the PBOC opted to increase borrowing by lowering the reserve requirement ratio for large banks and by expanding its lending facilities to state-owned banks.

Capital outflows from China – which had been accelerating since 2014 – exerted downward pressure on the yuan, forcing the PBOC to spend billions of its foreign reserves to defend the currency. China’s foreign currency reserves fell from just under $4trn in June 2014 to $3.17trn in September 2016. During the same period, the yuan fell by about 7.5 percent against the dollar – from around 6.20 per dollar to 6.67 by September 30.

The weakened outlook brought on by the market turbulence at the start of the year led investors to pare back their expectations of the number of times the Fed would hike rates in 2016. By late spring, as the volatility subsided and US economic data seemed more solid, the Fed looked set to raise rates in June or July. However, fresh panic soon struck the markets following Britain’s shock vote to leave the EU on June 23.

Brexit blues
The initial reaction to the result of the UK’s EU referendum saw stock markets tumble, with sterling plunging to a 31-year low of 1.32 against the dollar, while gold surged to a 15-month high. The uncertainty created by the unexpected outcome of the vote appeared to dent both business and consumer sentiment – not just in the UK, but in the eurozone, too. However, with the swift appointment of a new prime minister in the UK – and the new government signalling it would take its time before formally initiating the Brexit process – market order was quickly restored.

The Bank of England (BoE) was also quick to respond to the shock of Brexit, swiftly putting its contingency plans into effect and announcing a huge stimulus package in August, cutting interest rates to a record low of 0.25 percent – the first cut in UK interest rates since 2009. The measures helped maintain business confidence in the British economy, with most indicators suggesting the Brexit vote actually had little economic impact. While the UK’s growth forecasts for 2016 were quickly revised from 1.9 percent to 1.4 percent in the wake of the referendum, they were subsequently revised back to 1.8 percent.

The improved forecasts were partly due to sterling’s depreciation – which continued to slide to fresh 31-year lows against the US dollar – raising the prospect of inflation overshooting the BoE’s two percent target. However, the BoE said it was willing to tolerate higher inflation as it attempted to cushion the UK economy from the uncertainty of Brexit.

The quick dissipation of the market panic was also welcomed by the European Central Bank (ECB), which faced the possibility of having to expand its already large asset purchase programme if eurozone growth took a hit from the UK’s decision. The ECB’s deposit rate reached a record low of -0.4 percent, and the bank admitted there was a limit to how low rates could go.

The Bank of Japan soon followed suit, introducing a negative interest rate policy of its own – although the reaction in Japan was not as positive as that in the eurozone. The wider adoption of negative interest rates – as well as the likelihood of lower rates for longer elsewhere – drove gold to a two-and-a-half year high of $1,375 per ounce in July. Heightened economic uncertainty also added to this high.

The Fed, reserved
In the meantime, the Fed had to once again put any decision to raise rates before and after the Brexit vote on hold, with some analysts questioning whether the central bank would tighten at all in 2016.

Another reason for the Fed’s caution was the unexpected slack in the US labour market. While the number of hawkish voices within the Federal Open Market Committee (FOMC) grew bigger, a few Fed policymakers – including Fed Chair Janet Yellen – were making the case that the US economy still had room to run before it started to overheat. Yellen even suggested it might be better to let the economy run hot before raising rates in order to help the US economy repair the damage caused by the financial crisis. This could be a sign of a possible shift in Fed policy in 2017, though Yellen might find it difficult to convince the Fed hawks that rates should stay low.

A policy of a ‘high-pressure economy’ could be especially controversial if oil prices continue to strengthen, as planned restrictions on output by OPEC and Russia could put a floor under the oil price.

Crude oil prices moved sharply away from 13-year lows set in January and February as a series of production disruptions and declining output from high-cost producers – such as the US – provided some relief to the supply glut. A surprise commitment by oil producers to curtail output reinforced the 2016 oil rally, although analysts remained sceptical whether the different OPEC members – as well as Russia – would abide by any such agreement.

While this might be good news for countries currently struggling to meet their inflation targets – such as Japan and those in the eurozone – it could spell potential trouble for the US if monetary policy is too accommodative; given headline inflation was already hovering around one percent and core inflation was around two percent.

The diversifying views within the FOMC have already resulted in mixed messages coming from the Fed. The lack of consensus by Fed policymakers could be a new cause of angst in the markets in 2017, and the Fed may need to rethink how it provides guidance in a changing economic environment if it is to avoid creating fresh confusion and uncertainty.