Arab African International Bank is playing a leading role in the evolution of the global banking industry. Alongside another 27 leading international institutions, the bank has played an major part in shaping the Principles for Responsible Banking initiative 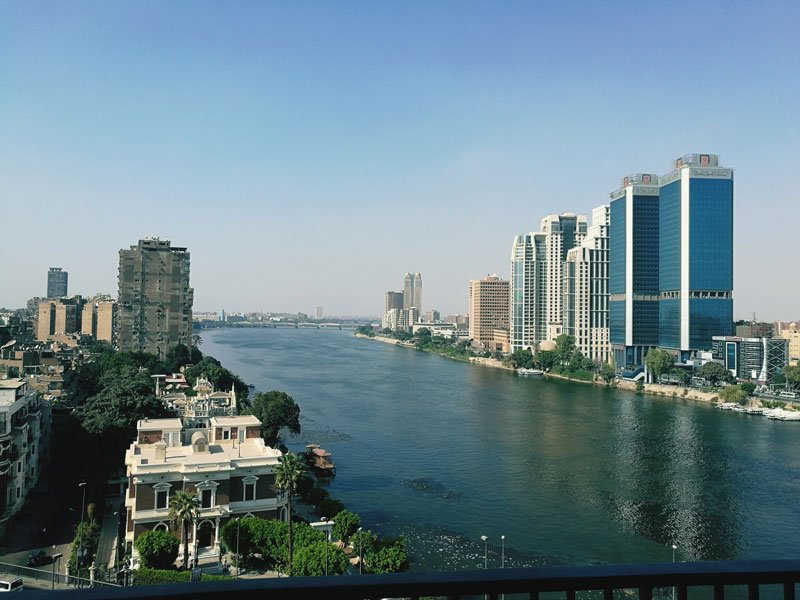 In 2018, the United Nations Environment Programme – Finance Initiative (UNEP FI), which was created in 1992 to promote sustainable finance, brought together 28 banks representing $16trn in assets from five continents. These banks were tasked with creating a set of standards that would lay out how the sector could align itself with the Paris climate agreement and the UN’s Sustainable Development Goals.

The Principles for Responsible Banking (PRB), which will be voluntary for banks, will define and affirm the banking industry’s roles and responsibilities in shaping and funding a future that is in dire need of sustainable finance. These overarching principles aim to bring banks together and regain the world’s trust in financial institutions by urging lenders to respond to social challenges and achieve sustainable development.

Pursuing its mandate to advance sustainable finance on a global scale, Arab African International Bank (AAIB) is assuming a leading role in the development of the PRB. According to Sherif Elwy, CEO of AAIB: “Sustainable finance could unleash the potential of a new economic era. By addressing financial inclusion and clean energy funding, we could significantly unlock the fortunes of the MENA region.” In context, Dr. Dalia Abdel Kader, Director of Sustainability and Marketing Communications at AAIB, stated that AAIB is proud to be part of driving the transformation of the banking industry through the Principles for Responsible Banking that advances the bank’s sustainability journey that started in 2003.

Active leadership
Sustainable finance is an integral part of AAIB’s brand. The bank’s sustainable finance journey started back when it was seriously contemplating how to pursue an aggressive growth strategy. We recognised that growth has both a material and nonmaterial dimension, and our focus went beyond the single bottom line to the triple bottom line. This is an idea that a company can take social and environmental performance into account in the same way that it does financial performance.

In 2003, AAIB became a forerunner in sustainable finance, setting up the foundations that have since become the cornerstone for an industry-wide change not just in Egypt, but in the wider region as well. Having been one of the first banks to develop a corporate social responsibility platform, AAIB’s sustainability agenda has not only grown in scope, it has also transformed AAIB from a philanthropic trendsetter to a bank committed to advancing sustainable finance in the region.

AAIB realised early on that it was important to join international frameworks in order to advance sustainable finance in a purposeful manner. In addition to joining the UNEP FI in 2018, AAIB became a member of global initiatives such as the UN Global Compact in 2005, the London Benchmarking Group in 2007 and the Equator Principles in 2009.

Parallel to its effort to integrate sustainability principles into policies and practices, AAIB took its mandate to the next level in 2014 when it kick-started an industry movement through MOSTADAM, the first platform to promote sustainable finance in Egypt and the MENA region.

MOSTADAM was launched to introduce state-of-the-art training programmes in sustainable finance, advocate policies and encourage sustainable banking products and services. It has progressed impressively, with more than 60 percent of Egyptian banks taking part in its train­ing module. In this regard, UNEP FI invited Dr Kader to present the success of MOSTADAM integrating an industry movement in Egypt during the Global Roundtable and Climate Finance day in Paris during November 2018.

Triple bottom line
The PRB is the first international framework to combine a bank’s profit-making with a forward-looking approach towards the environment. By developing these principles, the founding banks have set a clear path for the banking industry, investors, policymakers, regulators and stakeholders to compare the impact of banks based on their contribution to national and international social, environmental and economic targets. These principles will be a commitment that will push the banking industry upwards.

UNEP FI announced the banking principles at a global roundtable in Paris on November 26, 2018. The principles will be part of a global public consultation phase until September 2019. In the meantime, banks will be able to become endorsers and to start preparing for the implementation of the principles.

AAIB was assigned to co-lead the PRB’s implementation guidance sub-group with Greece’s Piraeus Bank, as well as to co-lead the principles and review sub-group with Piraeus Bank and China’s ICBC Standard Bank. The UNEP FI appointed Dr Kader to lead the MENA region in the engagement sub-group, which is responsible for promoting the principles within the region. As such, AAIB is committed to playing a vital and active role in the advancement of the PRB’s principles.