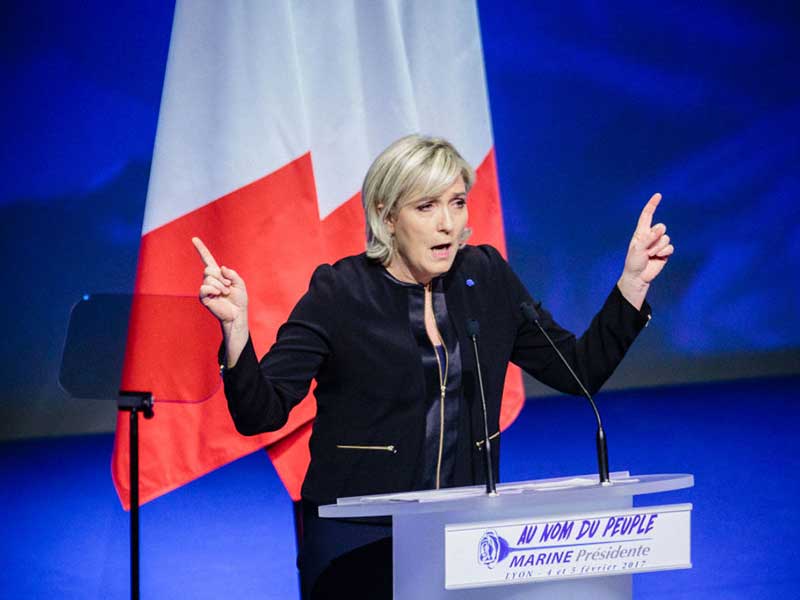 Marine Le Pen, leader of French populist party the National Front, has launched her campaign with a plan to tear up the eurozone; creating a new French currency in its place. The plan would repay national debt by breaking contractual obligations and denominating national debt into the new currency.

In a departure from decades of consensus regarding central bank independence, Le Pen also proposes to ditch the 1973 law preventing the central bank from printing money for the Treasury.

The currency would be used to target the country’s public debt, with the party
proposing the debt would be redenominated into French francs

Le Pen’s advisor, Bernard Monot, detailed the party’s unconventional economic strategy at a campaign rally on February 4, revealing the new currency would likely be called the “new French franc”. The currency would be used to target the country’s €2.1trn ($2.24trn) public debt, with the party proposing the debt would be redenominated into French francs.

David Rachline, the head of strategy for the National Front, clarified this further, telling the Financial Times that approximately 20 percent of the €2.1trn ($2.24trn) would remain in euros in order to conform with international law. However, he claimed the government would have the “right to change the remaining 80 percent into a newly issued currency”.

In a statement reported in The Economist, S&P’s head of sovereign ratings Moritz Kraemer said this would unambiguously be perceived as a default: “If an issuer does not adhere to the contractual obligations to its creditors, including payment in the currency stipulated, [we] would declare a default.”

According to Monot, the value of the new French franc would not be allowed to fluctuate by more than 20 percent against an EU currency basket. This opens up extensive scope for devaluation, which would lessen the size of the debt in euro terms. Monot also said the central bank would launch a new quantitative easing programme, generating in the region of 100 billion francs per year for the government – with part of this new revenue being put towards repaying government debt.

The plan has been steeply criticised by Bank of France Governor François Villeroy, who said: “The French spread may also temporarily react to political uncertainties, but remaining in the euro over the long term continues to be our best protection.”