The 100% mortgage returns to the high street

The financial crisis was the nail in the coffin of the 100 percent mortgage, so it’s surprising that 2016 has seen it return 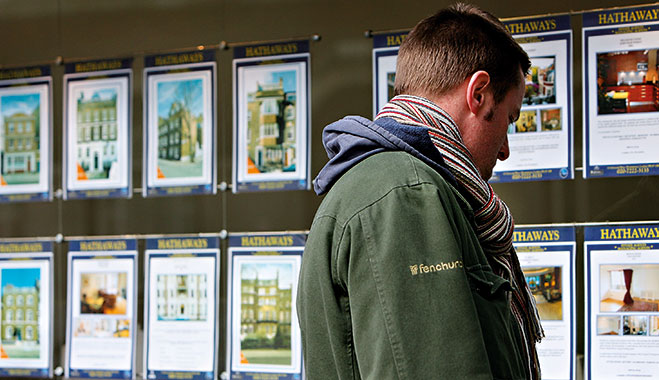 In May 2016, Barclays announced it would be the first high street bank to reintroduce the 100 percent mortgage loan
Infrastructure | Real Estate
Author: Elizabeth Matsangou

In early May, Barclays announced it would be the first high street bank to reintroduce the 100 percent mortgage loan. The news sent shockwaves throughout the banking world. Though different to the notorious 100 percent mortgages offered prior to 2008, and widely blamed for triggering the financial cirsis, numerous experts have condemned an action they still deem all too reminiscent of the high risk lending that catalysed the global recession.

Barclays’ new initiative allows buyers to take out a 100 percent loan upon the condition that a family member or guardian pays 10 percent of the value of the house into a holding account. The loan is competitive, with a fixed rate of 2.99 percent interest until June 2019, and will be reimbursed to the family member in three years, along with the interest earned on the amount in that time.

Getting help from the family
Just the day before Barclays’ new product (named ‘Family Springboard’) was revealed, L&G published a report stating that parents lending to children in order to help them purchase a property is at an all-time high. In fact, the total sum expected in 2016 is £5bn, which would account for 25 percent of all mortgage loans granted in the UK this year. Barclays’ new scheme, therefore, cleverly leverages a growing trend of parents fronting the deposits that have become practically impossible for their children to afford.

“It could also be an attractive option for parents who are fearful of loaning money to their children and never seeing it again”, said Charlotte Nelson of financial advice website Moneyfacts. “However, as with all guarantor loans, if the borrower defaults on their mortgage, the parents could be penalised as well.”

Although having a guarantor can provide the missing link between first-time buyers and a home of their own, the agreement should not be entered into lightly. “There are risks for the individuals taking them out, as well as for the wider economy”, said Alice Martin, Researcher at the New Economics Foundation. “For the individual borrowers, though 100 percent mortgages might relinquish the need for a deposit, they will do nothing to make buying a home more affordable once the monthly payments kick in.

“If there is an interest rate rise or the borrower experiences a shock to their income – for example through losing their job – they are likely to default on their payment and the money put into the savings account by the helper will be lost. Essentially, Barclays has shifted the risk of defaults away from themselves, onto the borrower’s family.”

According to Martin, house prices in the UK have risen five times faster than the rate of wages since 2011, which is what prevents people saving the amount needed for a deposit. As fewer people are able to access existing mortgages, banks are feeling the loss from a shrinking market. “Products like these are introduced to expand the potential customer base for banks, but they add more fuel to the fire of the affordability crisis and pave the way for the introduction of further risky products”, she said. As such, a mounting concern is that, in today’s highly competitive market, more and more lenders are likely to follow suit with similar products. In fact, several building societies are already offering their own versions of a guarantor-backed 100 percent mortgage, including Aldemore, Bath, Tipton & Coseley, and Vernon.

“By increasing the access to mortgages in this way, effective demand for home ownership increases, meaning that, without a corresponding increase in housing supply, house prices will be pushed up further”, Martin told World Finance. “Banks are then inclined to introduce more products like these, to ensure their markets.”

Should this continue – particularly at an aggressive rate – a crash in the housing market could ensue, which would plunge thousands of properties into negative equity. “This is a particular concern for first-time buyers, who are likely to outgrow their first home the fastest, if they start a family for example. Those with 100 percent mortgages are starting out with zero percent equity, and so their chances of going into negative equity are the highest”, Martin said.

Caution required
Recent data released by the Bank of England revealed that households are currently borrowing at rates last seen right before the financial crash. Worryingly, if people become incapable of making regular debt repayments, mortgage defaults could cause house prices to slide, which will greatly enhance the risk of a recession akin to that of 2008.

While Barclays’ new product is aimed at those struggling to step onto the property ladder, it sets a precedent that is highly risky, a precedent that harks back to the aforementioned mistakes of not so long ago.

What’s more, the loan itself is available only to those with parents who can afford to contribute some £20,000 to £50,000. By helping those from wealthier families, the scheme further widens the growing gap between the haves and have-nots – already a significant problem in the UK housing market for which Barclays is offering its new product.

Although various entities are now taking advantage the current state of the housing market, with prices far exceeding income levels, the wider economic issues that have caused this state of affairs remain unaddressed and continue to grow. The result? History may repeat itself with even more dire consequences than before.