Encouraging investment in frontier markets can be challenging due to their volatility. To address this, some countries are introducing production sharing contracts to lessen the risk for prospective oil companies 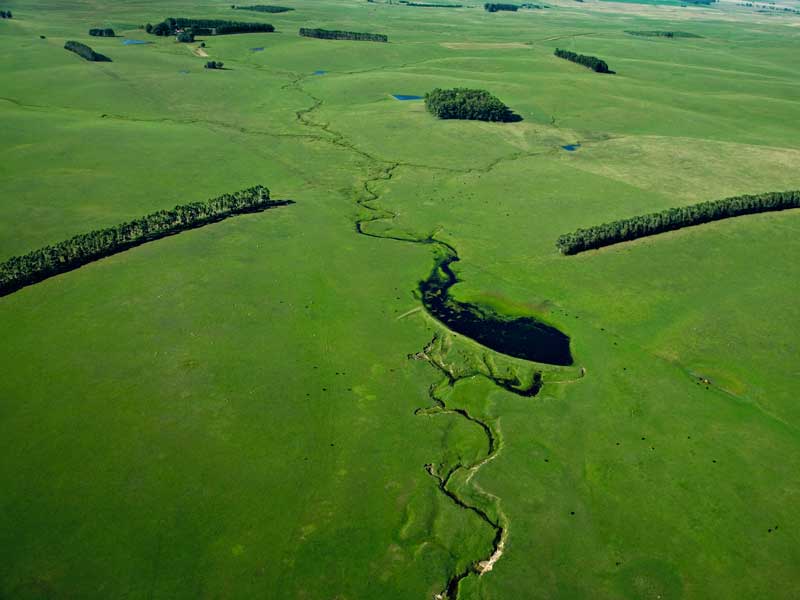 One of the initial frontier countries to take a progressive approach was Uruguay. During its first offshore licensing round in 2008, the country was successful in attracting major companies
Energy | Markets
Author: Dr Carlos Canales & David Auty, founding partners at Canales Auty

Economist Farida Khambata coined the term ‘frontier market’ in 1992 to describe a market that is more developed than the least developed economies, but not economically advanced enough to be considered an emerging market. These markets elicit fear and enthusiasm from investors in equal measure, as they are generally less accessible than those in the developed world, but they remain attractive to those seeking plentiful long-term rewards. However, the volatility of frontier markets means that more risk-averse investors may be tempted to take their money elsewhere.

In the petroleum industry, frontier countries must evaluate how to attract investment from international oil companies, even as low oil prices continue to hamper exploration activities. Frontier countries lacking geological data carry high exploratory risk, making it hard to attract oil companies. Recently, some governments have taken a progressive approach to their production sharing contracts (PSCs) in order to establish a flexible and simple fiscal framework that considers institutional risks. The objective is clear: minimise risks, attract investment and focus on the longer-term gains.

Attracting investment
One of the first frontier countries to take a progressive approach was Uruguay. In December 2008, during the height of the financial crisis and the associated oil price collapse, Uruguay held its first offshore licensing round. Conscious of its frontier status, Uruguay applied a strategy based upon three pillars: establishing a comprehensive legal and regulatory framework; providing data on exploratory potential; and highlighting the country’s positive investment climate. The round was successful in attracting major companies.

During 2016 and 2017, Canales Auty worked with two frontier countries, Belize and the Dominican Republic, which both chose a progressive approach to their PSCs. Belize’s single producing field was in decline and exploration had stalled. The objective was to modernise its legal framework, introduce a new PSC and attract investment. It also wanted to simplify the fiscal regime in order to reduce the administrative burden caused by a plethora of royalties, taxes and exemptions.

The Belize Government also sought to create a stable regime with a universally applicable fiscal system for gas, petroleum, onshore and offshore. Politicians appreciated that only a progressive tax system could meet these objectives and respond to volatile oil prices, exploration and production cost structures, and potential discoveries. The government chose to go back to the roots of the PSC concept and become a project partner, sharing equally in the positives and negatives of each project. To do so, it chose a PSC with only one tax based upon the internal rate of return. Cost control is paramount for such a system to work. For most governments, especially those without an independent regulator, this is a challenge.

The solution was to outsource elements of the development plan to independent experts. Now, an external company must review the development plan prior to its approval, along with any proposed changes and associated costs. The use of independent advice adds third-party and governance risk. The PSC, therefore, sets out clear rules for contracting independent third-party advice, time schedules and contingency plans in the event that these schedules are not met. Reviews of contractor accounts, hydrocarbon sale contracts and transportation agreements all involve similar third-party involvement.

Progressive production
Following the path of some frontier countries in the Caribbean region, the Dominican Republic has also taken the political decision to attract oil companies. Working with Schlumberger, the state analysed its technical data and made it freely available for a licensing round due to commence in 2018. It has chosen a universally applicable PSC based upon a fiscal regime similar to that found in Belize.

The pragmatic stance of both the Ministry of Hydrocarbons and Ministry of Finance is to be commended in both countries. They realised that while front-end taxes, such as bonuses, and royalties provide quick income to the treasury, they also reduce the probability of investment. They also acknowledged any institutional weaknesses, thereby allowing governance processes to be strengthened within the PSC.

The huge discovery of the Liza oil field in Guyana has captured the attention of frontier countries worldwide, pushing them to not only take advantage of available new technologies, but also to move away from traditional and rigid contractual frameworks. As more discoveries are made, the future of frontier PSCs looks optimistic, and traditional oil-producing countries are likely to begin incorporating more progressive features into their PSCs.