Energy insecurity: the danger of foreign investment in the energy sector

Foreign investment is commonplace within the energy sector, but governments must consider how it may impact energy security down the line 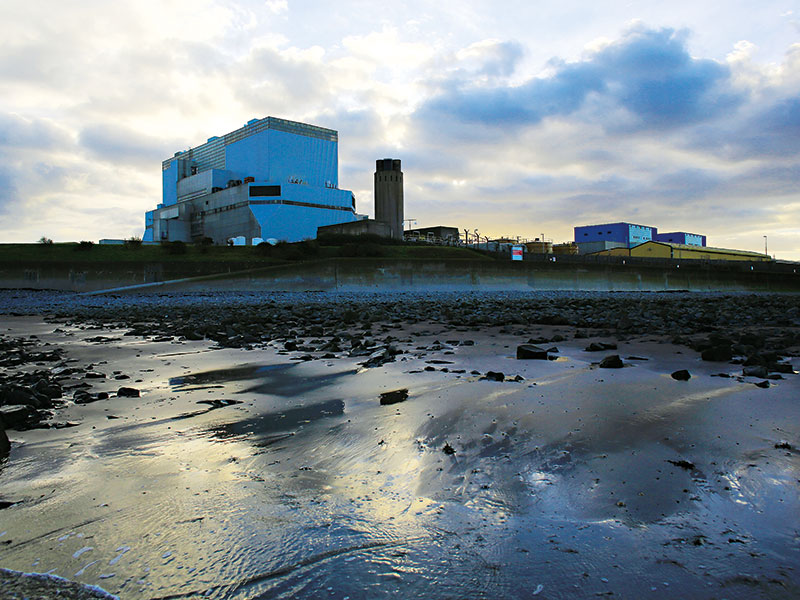 In August, Australia made a decision regarding its energy infrastructure that caught many people off-guard. Ausgrid, the country’s biggest energy grid – which was at the time in the process of being privatised by the New South Wales Government – rejected an offer from the highest bidder.

The offer was a joint proposal from the Chinese state-owned State Grid Corporation and Hong Kong-listed Cheung Kong Infrastructure. The Australian Treasurer at the time, Scott Morrison, announced the rejection: “After due consideration of responses from bidders to my preliminary view… I have decided that the acquisition by foreign investors under the current proposed structure of the lease of 50.4 percent of Ausgrid, the New South Wales electricity distribution network, would be contrary to the national interest.” The decision was reportedly in line with a recommendation made by the Australian Foreign Investment Review Board.

The rejection of the proposed deal – which Morrison claimed raised a number of security concerns – was not well received by the Chinese Government. “This kind of decision is protectionist and seriously impacts the willingness of Chinese companies to invest in Australia”, said Shen Danyang, a spokesman for the Chinese Commerce Ministry, according to the BBC.

The situation bears a striking similarity to one faced by the UK in negotiating a deal over its Hinkley Point nuclear power station. Last July, the UK Government temporarily delayed approval of the project, which was jointly funded by France and China. In the wake of the delay, China’s ambassador to the UK, Liu Xiaoming, warned the Financial Times that international relations between the UK and China stood at a “crucial historical juncture”. However, the deal was eventually approved.

The definition of security
As energy security continues to appear at the forefront of foreign policy, international ownership of energy infrastructure is coming under increased scrutiny. According to the International Energy Agency, energy security is defined as “the uninterrupted availability of energy sources at an affordable price”. Such a broad definition has somewhat diluted the concept’s meaning, leaving it open to interpretation, and leading it to become associated with varying definitions.

Dr David Reiner is a senior lecturer in technology policy at the University of Cambridge. He told The New Economy that a challenge when it comes to analysing energy security policy is the many different ways the term ‘energy security’ can be used: “I think the danger is people aren’t always consistent when they’re discussing it. It tends to be used quite loosely, so sometimes you think they’re talking about self-sufficiency and then all of a sudden they start veering off into security of supply, which is quite different. And then there are also ideological differences of opinion within governments, within ministries, within individuals as to its importance.”

To this extent, energy security can be broadly applied to not only the daily availability of energy for a population, but also more long-term prospects in terms of where energy can be sourced. A poorly designed grid prone to blackouts is a very different problem to making sure countries are able to access liquefied natural gas on the international market, but both issues can fall under the broad definition of energy security.

In terms of foreign investment, the major energy security concern is when a country’s energy supply becomes too intertwined with international politics

“So, if you believe that Russian investment in the UK might make the Russians more sensitive to UK economic interests, then you might be, again, a bit more relaxed about that”, he said. “Whereas if you believe a firm like Gazprom might be acting not in its own economic interest, but might be acting more in the strategic and geopolitical interests of the Russian Government, then they would be doing things not economically or commercially rational.”

Reiner said attitudes vary from government to government, and they frequently change. In any case, given how energy networks are considered to be critical infrastructure, foreign investments tend to be placed under immense scrutiny.

Global grid ambitions
China’s State Grid Corporation has signalled it has broad and ambitious goals for international energy infrastructure. The company is the largest energy provider in the world and, according to Fortune 500, the world’s second largest corporate entity by revenue. Its aggressive global growth is showing no signs of slowing down, with the company already owning portions of the energy network in Italy, Brazil and the Philippines.

The company’s international expansions are the beginnings of an impressive scheme. Chairman Liu Zhenya said in a March 2016 interview that the company’s ambition is an international interconnected energy network: “If railway, road and internet can link the whole world, why can’t an energy network be built? The problem right now is just that people need to embrace new ideas and not let the old thinking stand in the way of new innovation.”

The technology that would be needed to develop such a system has only recently become feasible, with the development of high-voltage, direct current electricity transmission making transmission across longer distances possible.

Liu has also proposed a smart grid system to manage the allocation and distribution of energy across regions. The system has the potential to be more efficient than smaller local grids, and also improve the reliability of renewable systems. Widely distributed sources of renewable energy could alleviate the supply and storage issues that go along with the technology. If an energy grid were to span continents and hemispheres, for example, solar energy could be continuously supplied even if some regions were in the dark.

However, any chance of implementing Liu’s scheme seems unlikely anytime soon. Apart from the $50trn estimated cost of the project, many countries are unlikely to relinquish national control of their energy networks to an international body. Instead, many governments are looking at internal sources wherever they can.

Buying energy independence
Renewable energy sources, such as wind or solar power, can provide energy security by reducing governments’ reliance on international provision. Furthermore, Reiner said, while these energy sources may be at the mercy of the weather, their supply isn’t affected by an election on the other side of the world: “You might be buying the turbines from Denmark, Germany or China, but after they are built they are not reliant on what’s going on in any particular year in the Gulf. You don’t have to worry about the long-term prospects for Qatar or any of these other countries.”

However, though they do cut out foreign powers from the equation, renewables still suffer from the problem of security of supply. In order to take full advantage of their benefits – and short of creating a global interconnected system – governments may have to rethink the way local energy grids are managed.

You’re not subject to the pressure of, for example, multinational companies who want to see the generation of policy around items that favour their interests

“If [energy infrastructure] is actually owned by the country through the public sector, then there’s no danger of foreign interests having a built-in say in what’s going on”, explained Hall. “You’re not subject to the pressure of, for example, multinational companies who want to see the generation of policy around items that favour their interests, as well as not being subject to political pressure.”

Hall also noted the increasing use of renewables offers the opportunity to escape the uncertainty that goes along with dependence on foreign energy markets: “One of the worst issues in energy security has been the instability of oil and gas prices, and the impact this has on the cost of energy. We’ve seen that in some other countries over the last few years. One of the great advantages of going to renewables is that, as part of that process, you make yourself independent of the oil and gas markets and move beyond gas politics as well. This is a real economic security gain, as well as – indirectly and directly – a political security gain, because you eliminate the political risk of oil and gas suppliers.”

It’s a method private companies have caught onto before governments have. Walmart, Google and Apple have received designation from the US Government to become electrical wholesalers, generating and supplying green energy to themselves. While it could be seen as a mere nod towards environmentalism, the move does allow these companies to lock in the price of their energy bills.

The future
However, despite all the efforts of international governments, complete long-term energy independence – and therefore total security of supply – is a near impossibility. Reiner observed that, in an interconnected and fragmented world, one country is not able to consistently source everything it needs, internally.

“You occasionally get those periods. Arguably, because of the shale gas revolution in the US, 40 years after project independence they’re now accidentally somewhere near energy independence for maybe a few years. But, fundamentally, you’re always fighting against the inevitability that you’re going to be relying on foreign sources, and then it becomes a question of what can be an acceptable foreign source.”

As such, energy security will remain a political issue, with countries continuing to make decisions as to what are acceptable investments, ownerships and imports. But, with the changing nature of the energy grid, a major rethink of who owns these critical pieces of public infrastructure seems inevitable.