The future is bright for Angola’s steel industry

After decades of conflict, Angola could become a hub for steel production in the region, even despite Africa’s commodities struggles 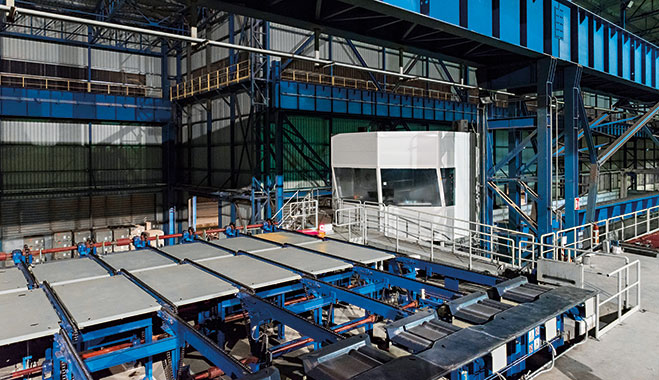 While 1975 heralded Angola’s independence, it also marked the start of a 27-year civil war that inflicted deep scars across the country. As the two former independence forces fought for power, railways, roads, bridges and agricultural infrastructural were destroyed. Foreign investment remained at bay, thus hurtling the country’s economy back decades in its development.

Yet in the years that have followed the end of this bloody chapter in the country’s history, Angola’s recovery has occurred at a rate faster than many could have expected. In fact, the once-warring state has become one of the world’s fastest growing economies, surpassing even China between 2001 and 2010 with an annual average GDP growth of 11.1 percent, according to the IMF (see Fig. 1).

“Angola has only been in peace for 14 years and has managed in a very short amount of time to become the third largest African economy and one of the continent’s most stable states,” explained Georges Choucair, Chairman and CEO of K2L Capital, the principle investor of Aceria de Angola (ADA Steel). “Angola has a lot of natural resources and a fast growing market that allows huge return on investment. To further encourage private investment, the government is taking very serious measures to make it a safe environment by building infrastructure and changing laws.”

However, although Angola’s oil wealth has provided a much-needed influx of capital to the government, it has also restricted the country’s economic diversification, in addition to prompting criticism regarding the high levels of poverty that continue to afflict the population.

Time for change
Being so wholly dependent on its oil sector for economic growth, Angola has recently hit a stumbling block. In 2014, the country’s GDP growth dropped to 4.5 percent from the impressive 6.8 percent rate it achieved in the previous year, and is estimated to have fallen further to 3.8 percent in 2015, says the African Development Bank (ADB). As well as a reduction in oil production, this decline can also be attributed to a prolonged drought that severely disrupted Angola’s agriculture sector – a vital economic driver for the country. “Angola is the second biggest oil producer in Africa and has been very affected by the oil crisis. It is therefore essential for the country to diversify its economy and produce locally in order to reduce imports,” said Choucair.

Angola is at a pivotal point in both its history and economic development. In order to maintain growth in the long term, non-oil industries must be spurred forward, while the country’s business environment must be improved further in order to encourage both domestic and foreign investment. That said, notwithstanding the global system’s modest recovery and an ongoing crisis in oil prices, Angola has fared considerably better than many oil-producers, as is indicated by the ADB’s forecast that GDP growth will rebound to 4.2 percent in the coming year.

Among the most promising glimmers of potential for the economy is its emergent steel industry. In December 2015, ADA opened the country’s first steel mill factory; at a cost of $300m, it is the largest in Central and West Africa and Angola’s biggest investment project to date. At present, the mill can produce 500 tonnes of steel rebars per annum, yet with more investment due in the near future, this volume is expected to grow to 1.2 million tonnes, thereby making the country completely self sufficient in steel by 2019 and saving $300m in foreign currency annually. Moreover, and significantly, in the coming years, the factory will also contribute to the state’s export revenue as it begins delivering the product to neighbouring countries as well.

Local stimulus
The ADA factory is located 40km from the centre of Luanda, a choice that was motivated by its proximity to the country’s capital, as well as the development potential of the Bengo province. By establishing a factory in Barra do Dande, ADA has breathed life into a once derelict area. “ADA has largely contributed to the development of the region of Barra do Dande by providing clean water to the local community, constructing a health centre and a training centre, in addition to its ongoing recruitment campaign that began in October 2012 when construction first started,” explained Sanga de Almeida, Group CMO for K2L and ADA Steel. The impact of ADA in Barra do Dande has been nothing short of exceptional. In addition to the creation of hundreds of new jobs, as well as the necessary training required for employment at the mill, ADA offers support to the entire community. This can be seen via its continued assistance of the local hospital, providing it with access to clean running water and also sanitising the surroundings of the building itself.

Furthermore, ADA continues to support the hospital with necessary equipment and medicine, a pledge that is now taking shape as an annual programme, instead of a pro re nata basis. What’s more, ADA provided a school in the local village with electricity by connecting it to the national grid for the first time.

“ADA will create 600 direct jobs and over 3,000 indirect ones by creating a nationwide platform of scrap collection that will not only allow the population to have access to revenue but also to ‘clean’ the country of all the hazardous scraps that remain from the war,” de Almeida added. Through its support of crucial social infrastructure in the area, ADA has provided a springboard for other local businesses to also establish themselves there.

As well as new restaurants and a hostel, Portuguese group Soares da Costa recently opened a concrete factory, which first supplied ADA with its requirements during construction and now distributes concrete to the entire region. In facilitating a new network of enterprises, the presence of the mill has instigated a flourish of economic activity in Barra do Dande, which still continues with fervour.

In acknowledgement of the importance of new industries to the economy, the Angolan Government offered considerable assistance to the ADA project when it was first proposed. “The Ministry of Industry served as a coordinator at the government level to alleviate the high levels of bureaucracy, and gave us support throughout the project,” Choucair explained. “The Ministry of Energy also helped us to find a viable solution to channel the energy needed for the plant.”

To further encourage the development of non-oil sectors, the government is also taking measures to fight corruption, which has been a hindrance to foreign investment in Angola in the past.

For example, the Principles of Ethical Business in Angola and the Ethics Centre of Angola were both established in 2013 in order to promote ethical business values in the country. Additionally, recent legislation such as the Public Probity Law and the Law of Crimes Against the Economy is making a strong push towards greater transparency and accountability in the system.

Angola is at a pivotal point in both its history and economic development. In order to maintain growth in the long term, non-oil industries must be spurred forward

An African axis
Angola has a unique opportunity to capitalise on the array of economic benefits presented by the presence of its new steel mill. Not only in terms of the stimulus it provides to the area and the upcoming attraction of exports, but also, importantly, because it sets a precedent for other projects and investment in Angola, thereby indicating the vast potential of this fast growing economy.

Furthermore, through steel, Angola can become a driver for Sub-Saharan Africa – particularly if and when other promising industries and commodities follow suit. “Angola has enough potential to [become] a very competitive country in the years to come and I am convinced that it will become an exporting country in the next five years. This is already the case with coffee, cement, marble and granite,” de Almeida told World Finance.

Infrastructure and transportation are key aspects to helping this vision take form. As such, the Chinese-built Angola International Airport is scheduled for completion in 2017, while new railroads are currently under construction in order to make Angola far more accessible to neighbouring and international markets.

Then there is the recently announced sea terminal at Barra do Dande, which will act as a satellite port for nearby Luanda. Of course, such projects are sizeable – requiring time and regular injections of capital – but what is important here is that they have already begun and the potential they hold for the near future is high.

Given Angola’s geography, it has an enviable opportunity to boost its economy to new heights. “Angola has all the elements to become a hub for the region. Its geographical position is very strategic because it has easy access to all of the Southern African Development Community (SADC) countries on the east side and access to sea on the west, making it also accessible to Brazil and all of Latin America,” Choucair told World Finance.

Undoubtedly, Angola’s afflicted past has stunted its development and economic evolvement until relatively recently. That said, as evidenced by the country’s rapid growth in the past decade and the feats the state has achieved, Angola is fighting hard to not become yet another hostage to a troubled history.

Through new legislation, governmental reforms that facilitate business and investment and a steadfast focus on economic diversification, not only will the state prevail in this goal – it may exceed all expectations.