The world is facing an urgent water crisis. As demand for the planet’s most important commodity grows, water investment presents long-term opportunities 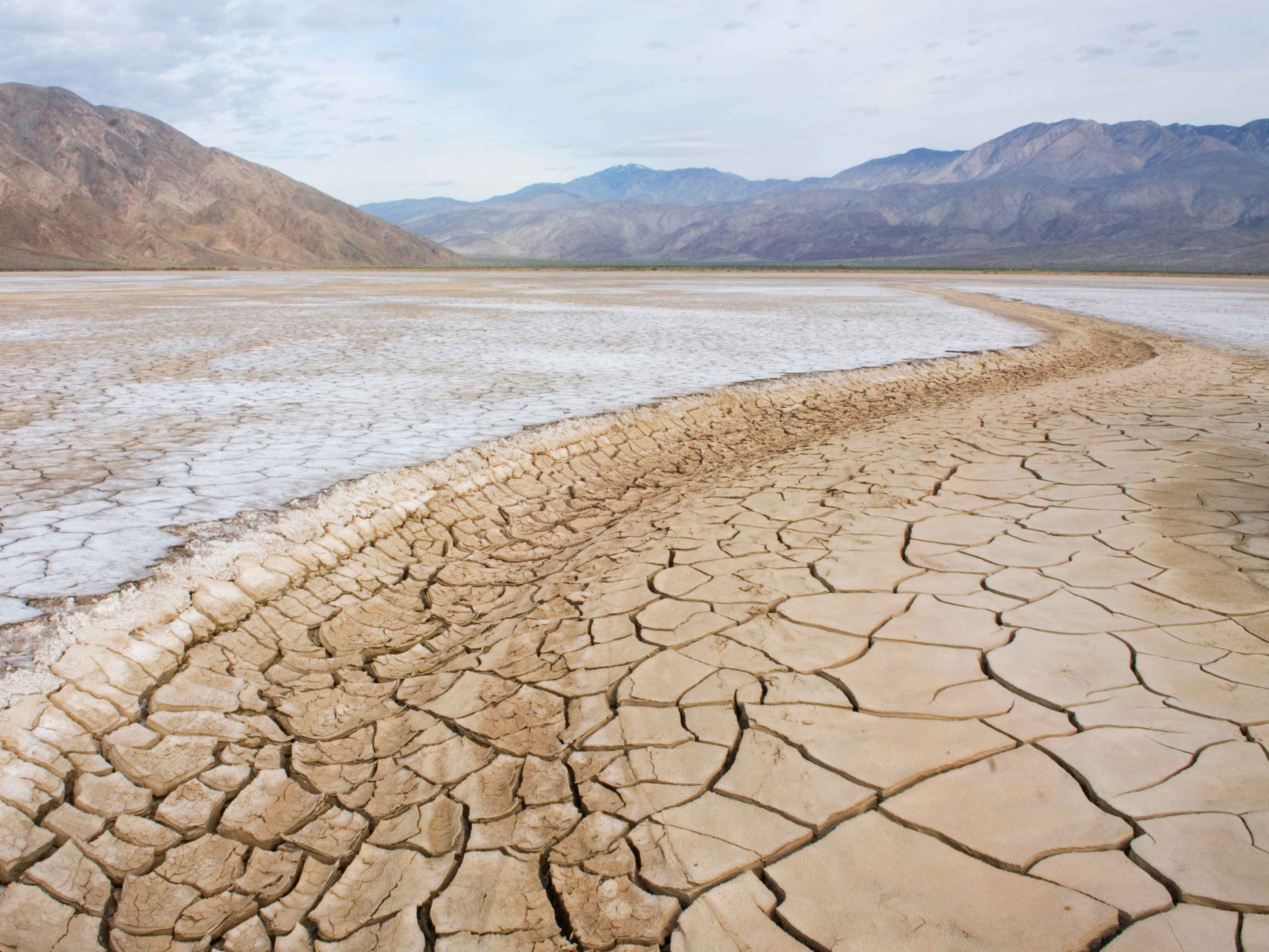 A third of the world’s biggest groundwater systems are already in distress, with the situation expected to worsen over the next decade
Featured | Markets
Author: Courtney Goldsmith

In fewer than six years, 1.8 billion people will live in countries that cannot meet the rising demand for water, according to the United Nations. Two thirds of the world’s population, meanwhile, will live in areas with stressed supplies of freshwater. Moreover, a third of the world’s biggest groundwater systems are already in distress, a 2015 study by the University of California, Irvine, and NASA found.

As the global population rises and industries use up more and more of the world’s water, the gap between available supplies and growing demand continues to widen. By 2030, the World Economic Forum expects the shortfall to reach 40 percent.

Water, of course, is fundamental to life. But it is also key to economic stability

These figures are worrying on many levels: water, of course, is fundamental to life, but it is also key to economic stability. For numerous industries – including agriculture, energy, apparel and manufacturing – water is a critical resource. Without finding ways to boost efficiency and reduce usage, the economic cost of the water crisis will be devastating.

Innovation on tap
The World Economic Forum regularly lists water security as one of the top threats in its annual Global Risks Report. “Globally, water-resource management and improved water supplies are critical elements in growing economies and reducing poverty,” Jade Huang, a portfolio manager at the Calvert Global Water Fund, told World Finance. In fact, the World Bank found that countries across the Middle East, North and Central Africa, and East Asia could each lose up to six percent of their GDP by 2050 as water scarcity negatively impacts agriculture, health and income.

From clothing makers to drinks brands, nearly every industry is impacted by the risks associated with declining water reserves. In 2018 alone, water-related financial losses reached $36bn at companies involved in an analysis by CDP, a non-profit that encourages companies to disclose their environmental impact.

Emerging technologies are beginning to address the issues that communities and businesses face regarding water, including by improving quality, boosting efficiency and reducing consumption levels. For instance, innovation in nanotechnology, filtration membranes and anaerobic treatment technology aims to enhance water quality in areas that struggle to source enough clean water. In wastewater treatment, the process of ‘zero liquid discharge’ seeks to remove all liquid waste from systems in industries such as oil and gas, petrochemicals and mining by using a range of technologies.

Breakthroughs are also occurring in older technologies, such as desalination. For instance, research has shown that graphene, a versatile carbon-based material discovered in 2004, can be used to transform salty ocean water into freshwater. Smart-metering technology and irrigation management can also help businesses and farms to better understand and control their water usage.

The agriculture industry is the largest consumer of water globally, accounting for 70 percent of all usage. Johannes Cullmann, Director of Climate and Water at the World Meteorological Organisation, told World Finance the industry is using technology to better manage irrigation solutions. “There is a whole industry that is trying to optimise technology and management systems for irrigation for an improved crop production,” Cullmann said.

The infrastructure gap
While technological innovation is boosting industry efficiency and increasing water supply, many issues still exist at the level of city planning and infrastructure management. In developed nations, this is evidenced by the burst pipes and high leakage rates that come with ageing infrastructure networks.

For instance, in England and Wales, Victorian-era plumbing results in leaks of more than three billion litres of water every day. In London, this, along with the growing population and pressures caused by climate change, means that new sources of water will be needed to meet the city’s demand from 2025, The Telegraph reported.

“All over Europe, piping supply and also… drinking water and sewage systems are [ageing],” Cullmann said. Although this problem is nothing new, it needs constant investment and must be addressed in the coming years. “It’s a big financial impact,” he said. Emerging economies, meanwhile, have a pressing need for new water infrastructure systems as their populations grow. Together, Huang said, these structural needs create a “long tailwind” for spending on water infrastructure. “As developed and emerging economies continue to expand, corporations’ investment and upgrades to their water equipment should also continue to meet increased demand,” Huang said.

Furthermore, there is a mounting need for wastewater treatment infrastructure. Jean-Louis Chaussade, the CEO of French utility firm Suez, told the Financial Times that companies will have to begin relying on wastewater recycling or desalination plants as governments restrict their ability to take water from the ground. “Governments are saying to industries: ‘You can operate here but you can’t take water from underground’,” he said. The market for industrial water services, which was valued at €95bn ($107bn) in 2017, is expected to grow at a rate of five percent per year, Chaussade said.

According to Cullmann, the current rate at which wastewater goes directly into the ocean is a “scandal”. He added: “There is a really big need for investment in sewage treatment, and I think there’s going to be a big market [for wastewater treatment] in the next 20 [to] 50 years.”

Taking responsibility
Responsible investing is no longer a niche market, Huang said: “Investors see that sustainability issues can also be financially material issues that impact shareholder value.” As attitudes towards environmental, social and corporate governance (ESG) issues shift, a number of companies in water-intensive industries are working to clean up their act: drinks brands including PepsiCo and Diageo have set targets to reduce water usage, monitor wastewater and improve efficiencies throughout the supply chain, while beauty brand L’Oréal reduced the group’s total water consumption by 28 percent between 2005 and 2017.

Elsewhere, jeans-maker Levi Strauss has developed a process that reduces water usage in denim finishing by 96 percent, while cement-maker LafargeHolcim has reduced freshwater use by 19 percent in the last four years. Lastly, Brazilian petrochemical company Braskem is working to incentivise executives to improve water usage by providing awards when the company achieves targets.

And yet, it is clear that more work must be done: despite the steps taken by a handful of companies, CDP found there was an almost 50 percent rise in the number of corporate firms reporting higher water withdrawals in 2018. Moreover, less than half had set water targets (see Fig 1).

Globally, ESG issues are becoming an increasingly important consideration. “We view this as an opportunity for global corporations to demonstrate leadership in water efficiency and re-use, as they realise first hand the importance of a resilient supply chain and resource efficiency in the face of longer, and more severe, droughts and floods,” Huang said.

As well as providing long-term shareholder value, addressing water quality and scarcity through investments has measurable outcomes. According to the World Health Organisation, every $1 invested in water and sanitation provides an economic return of $4.30 through lower medical costs, greater productivity and fewer premature deaths. “Water investment continues to be a promising long-term global opportunity as the need for technologies and infrastructure to clean and deliver potable water is increasing worldwide,” said Huang. Muddying the waters
Although the water industry requires big investments in the coming years, the economics of water is complex. While the UN has declared the commodity a human right, in some places the price of a bottle of water technically exceeds the price of oil.

Adam Smith, often described as the father of modern economics, struggled to understand why the value of water wasn’t higher than it is. The diamond-water paradox, as it became known, describes the price differential between diamonds, which are scarce but not necessary, and water, which is more plentiful but vital to life.

Water is also political, and as reserves become increasingly scarce, this aspect will only be heightened. “The questions around who has water and who doesn’t – or who controls access to clean water and what it costs – raise issues with deep economic, political and social implications,” Huang explained.

Almost every major river system on the planet is shared by two or more nations, and groundwater reserves also stretch across borders. This makes water a source of potential international conflict, and a matter of national security going forward, Huang added.

What’s more, water is highly personal. Cullmann described seeing pushback from communities who would rather pay a higher price for water and rely on local resources than connect to a bigger supply that provides water at a cheaper rate. “It’s an emotional thing, where you get your water from,” he said, as water is weaved into traditions and belief systems. Huang added: “Water is clearly not a standalone issue, but must be considered in relation to commerce, land use, human rights, environmental protection and climate change.”

Despite the complexities involved in the water industry, investments will be critical in driving innovation and closing the gap between available supplies and demand.

Water is the source of life, and without it, just about everything humans have built would fade away. Gold and diamonds may be more expensive than a bottle of water, but without water, they’re worth nothing.