The future of Arctic oil is more uncertain than ever

Proponents of Arctic oil have taken a battering this year, although the situation beyond the Western world means that the outlook isn’t all negative 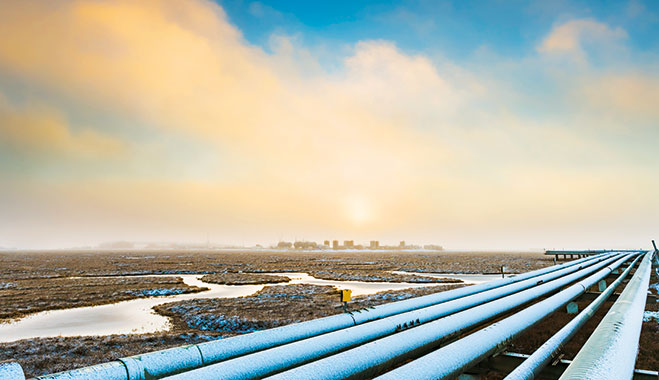 The great Arctic oil crusade suffered a setback last year when Shell finally called time on its multi-billion dollar Alaska project. Speaking about the decision, sources at the Anglo-Dutch multinational said that the reserves were “not sufficient to warrant further exploration”, despite the fact that more than $7bn had already been spent on offshore developments in the Chukchi and Beaufort Sea. After years of controversy and no shortage of talking points, Shell decided that the risks to its reputation and bottom line were simply too great to stomach. Environmental groups were all too pleased to hear it.

“We hope this will provide a reality check to other companies considering the unpredictable proposition of Arctic drilling, and that investors will transition their funds instead towards low-carbon solutions”, wrote Alexander Shestakov, Director of WWF’s Global Arctic Programme. Greenpeace’s UK Executive Director, John Sauven, added in a statement: “Big oil has sustained an unmitigated defeat. They had a budget of billions, we had a movement of millions. The ‘unpredictable regulatory environment’ that forced Shell out of the Arctic is otherwise known as massive pressure from more than seven million people. For three years we faced them down, and the people won.”

However, as much as environmental groups looked on the announcement as proof that producers were bowing to outside pressure, in reality, this was not quite the case.

Arctic oil is among the worst casualties of the recent oil price slump, which has seen the cancellation or delay of an estimated $380bn in planned projects, according to Wood Mackenzie. What’s more, with 68 major projects – the equivalent of 27 billion barrels of oil – put on hold, it’s little surprise that major names like Shell are scaling back their ambitions and pulling out of capital-intensive operations.

“Company budgets have shrunk drastically and investors are favouring those delivering severe capex cuts”, according to a Wood Mackenzie report. “As a result, there is a growing backlog of deferred greenfield and incremental developments that require significant investment” – of which Arctic oil plays a major part.

Arctic opportunity
This being said, rather than a nail in its coffin, the industry backslide amounts to little more than a minor setback for what remains a major growth opportunity. “Shell’s lack of success is a setback for offshore Alaska exploration and the Chukchi Sea in particular, but does not have wider implications”, Dr Andrew Latham, Vice-President of Global Exploration Research for Wood Mackenzie, told World Finance.

According to a Eurasia Group report for the Wilson Centre, the Arctic is host to an estimated 1,670 trillion cubic feet of natural gas and 90 billion barrels of oil – about 30 percent of the world’s undiscovered gas and 13 percent of its oil. As much of a setback as Shell’s Burger J well is, it’s by no means enough to dampen the industry’s enthusiasm for what is still the most underutilised pool of hydrocarbon resources left on the planet.

For as long as the oil price sits below $50 per barrel, oil majors are unlikely to embrace the Arctic opportunity with quite the same fervour as before. Shell, Statoil and others laid the foundations when oil was traded at around $100 per barrel, but the price collapse in recent months has left billions of barrels beneath the surface and oil majors wondering whether a more appropriate time will ever arrive.

Nonetheless, with OPEC members in possession of 72 percent of proven oil reserves, the Arctic has been hailed as the last great frontier for producers – that is, if they are ever able to unearth the goods. “Low oil prices have generally dampened enthusiasm for oil and gas exploration everywhere, with frontier drilling hardest hit. Companies are focusing their reduced budgets on lower-risk, near-term opportunities, such as appraisal of promising discoveries”, said Latham. “Drilling will hold up best in basins with existing infrastructure and tax shelter for exploration costs against production revenues. Since the Arctic is invariably high-risk, long-term and lacking in infrastructure and tax shelter, it is completely out of favour at these oil prices.”

What’s important to remember here is that Arctic oil and gas reserves are unevenly distributed throughout the Eurasian and North American continents, and though Alaska numbers among the best-known sites, the North American continent is home to only 36 percent of the planet’s total resource base. The interpretation that Alaska is in any way representative is wildly inaccurate, and commentators would be wise to consider a more complete picture.

The brighter side of Arctic oil
While Shell’s failed approach has made headlines around the globe, much less has been said about the many more successful projects in the Arctic pipeline. The biggest stories of the year have centred mostly on cost overruns and missed targets, although a string of developments, most notably on the Eurasian continent, go to show the region’s enduring influence on the global energy stage.

US-based Hilcorp, for example, has outlined plans to build a gravel island that will act as a platform for five or more extraction wells in Alaska. Located approximately six miles off the coast of the Beaufort Sea, the 23-acre island will create a platform from which the company can produce 70,000 barrels of oil a day, or 80 million to 150 million barrels over a 15 to 20-year timeframe.

The proposal is still awaiting approval and will likely struggle to get off the ground before 2017. However, the plan alone is proof that there is opportunity enough to keep major players in the hunt. More impressive than Hilcorp’s island expansion is the evolving situation in Norway, where the government has voiced ambitions to set in motion more Arctic drilling by the year 2017. “New acreage is a cornerstone for long-term activity”, said Norway’s Minister of Petroleum and Energy, Tord Lien, in an interview with Marketwatch. “It’s a good sign for the future petroleum activity in the high north that a broad selection of companies compete for new acreage in the Barents Sea.”

of the Earth’s surface is covered by the Arctic Circle

of the world’s untapped oil reserves can be found there

The equivalent number of oil barrels in the Arctic Circle

Participants in the latest funding round, according to Lien, included major names such as BP, Shell and Statoil, together with a string of lesser-known names – 26 in all. While the territory is a relatively mature one, the emergence of the Norwegian Barents Sea as a hot new prospect dashes expectations among environmentalists that Arctic oil is becoming in any way undesirable.

“The one bright spot is the Norwegian Arctic: the offshore environment is much easier than most of the Arctic offshore, with sea ice largely absent even in winter”, said Latham. “Norwegian fiscal terms incentivise companies with immediate recovery of 78 percent of their exploration costs, irrespective of production revenues. Several promising oil and gas discoveries have already been made in the Norwegian Barents Sea and new licences continue to be awarded with firm exploration well commitments.”

The Goliat drilling platform is the world’s largest offshore rig. This $8bn joint venture between Eni and Statoil is on course to tap 174 million barrels of Arctic oil, peaking at 100,000 barrels per day. When production begins in the summer of this year, Goliat could follow up a catalogue of cost overruns and delays with one of the most impressive Arctic projects in history. However, uncertainties have cast a cloud over the project’s viability, and some believe that such an enterprise will require an oil price of around $90 per barrel in order to break even over its 15-year lifespan.

East rising
What’s certain is that Western oil producers have made considerably less progress than their Russian and Chinese counterparts, and while those in the US continue to dither, Eastern powers have taken the opportunity to extend their lead.

Russia started work in the Prirazlomnaya field two years ago, and in 2015 produced 2.2 million barrels of the black stuff – over 5,000 per day. What’s more, Gazprom estimates show that the company will more than double production at its offshore site this year, despite EU and US sanctions. Russian producers have already started work on the modernisation of the rig’s drilling installations, technological equipment and safety and telecommunications systems, according to Oilprice.com, with a view to boosting production capacity to 120,000 barrels per day by 2020.

However, where Russia has dominated Arctic oil exploration in the past, China is on course to lead in the future: Chinese oil executives, including Sun Xiansheng, CNPC’s Director General, have made public their Arctic ambitions, which go beyond oil and gas and extend to trade routes. In 2013 the country struck a $400bn gas contract via its Siberian pipeline and paid Rosneft $60bn, on top of an existing $25bn, to pursue offshore oil fields.

With Russia dependent on imports for much of its Arctic equipment and infrastructure, don’t be surprised to see China seize the opportunity and up its investment and share in Russia’s Arctic endeavour. Fears about the financial and environmental ramifications of Arctic exploration remain, however, though Chinese investment would go some way towards alleviating these concerns.

While it’s true that the market for Arctic oil has suffered a setback in recent times, observers would be unwise to assume that producers are giving up on the opportunity quite so easily. The Shell withdrawal has been dubbed a milestone victory for environmentalists, though critics mustn’t overlook the many more successful projects in the pipeline, not to mention the emergence of China as major force in the global energy market. For observers seeking a more complete picture of the Arctic oil market, it’s imperative that their sights extend far beyond the activities of Western powers.