Mozambique is walking an LNG tightrope 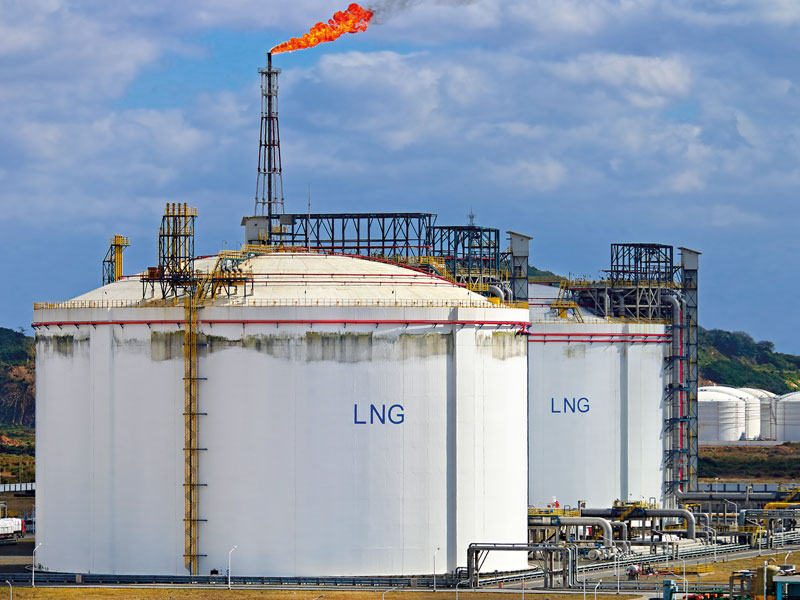 Governments in Africa have a penchant for operating in hubris. This has often led to bad decisions. In Mozambique, the discovery of liquefied natural gas (LNG) has sent the government into a frenzy owing to an anticipated gas-related economic boom.

Although production is far from guaranteed, the government has promised to utilise non-existent revenues to settle controversial debts based on future projections of a windfall. Going by central bank estimates, the country is staring at a staggering $96bn bonanza. “Mozambique has already spent some of the anticipated gas revenue windfall, at high interest, and this gas bonanza may now never happen,” says Robert Besseling, risk and intelligence firm Pangea-Risk chief executive. The effect is negotiations for more restructuring due to non-payments and increasing likelihood of sovereign default.

Tragically for Mozambique, LNG is unravelling as a concoction whose main ingredients are hope and despair. Hope in the sense that the discovery of around 150tr cubic feet (tcf) of proven natural gas reserves could propel an economic renaissance for the impoverished Southern Africa nation. Mozambique is one of the world’s poorest countries, with a gross domestic product (GDP) per capita of $500 and with about 45 percent of the country’s 30.8 million people living below the poverty line.

However, the International Monetary Fund (IMF) reckons LNG can be a game changer for the country’s economic transformation in terms of sales, taxes, royalties and dividends. At current LNG prices of $8.50 per million British thermal units, the country can generate $12bn annually by exporting 30 million tons from its three ongoing projects.
The massive revenues will not only help Mozambique tackle the debt conundrum but also bring stability in the fiscal regime and could push GDP growth to double digits. Ripple effects of the gas industry have potential to spur other sectors, effectively lifting many out of poverty.

Fuelling conflict
There is despair in the sense that Mozambique is fast joining the league of African nations grappling with a ‘resource curse.’ The onshore LNG project in the Cabo Delgado province being implemented by French multinational Total, at a cost of $20bn, has fallen foul of an Islamic State insurgency uprising that is not only threatening to tear the country apart, but could also fuel an economic burst.

The US-based Armed Conflict Location & Event Data Project (ACLED) estimates that more than 2,600 people have been killed and 700,000 have fled their homes since the insurgency began in 2017. In the latest attack in March–April this year, approximately 30,000 people were forced to flee the town of Palma with dozens reportedly killed by the Islamic State (ISIS)-linked armed group known as Al-Shabab. “The ongoing and intensifying insurgency in Cabo Delgado has undermined the commercial viability of Mozambique’s LNG industry,” notes Besseling. He adds the ‘Battle of Palma’ has ultimately shattered the country’s dream of becoming a major LNG export hub in the near to medium term.

In April, Total issued a force majeure on the project and went on to withdraw personnel from the Afungi site. The move throws the project, one of three LNG projects being implemented in the country and the only one that has achieved significant progress, into jeopardy. Before invoking a force majeure, Total had promised to ship the first LNG cargoes in 2024 from its project whose capacity stands at 13.1 million tons per year.

“The schedule for this project has now slipped significantly,” notes Simon Nicholas, analyst at the Institute for Energy Economics and Financial Analysis. He adds that unless the Mozambique government manages to address the security issue, Total could take the drastic decision of walking away. So far, the government’s promise to set up a 25km perimeter around the Afungi peninsula site by deploying troops has not deterred the attacks. “The renewed violence will cause significant uncertainty, which is no friend to major investments,” he observes.

Total can take a cue from US giant ExxonMobil, which is leading the $30bn Rovuma LNG project. The company is seriously weighing the option of abandoning the project after repeatedly pushing back the signing of the final investment decision for its 15.2 million tons per year project.

This is a sign that its commitment to the project is largely pegged on the unfolding security situation in the country. Besides, other companies that were investing in related projects are abandoning them in droves. Shell, which was planning to build a gas-to-liquids plant, intends to walk away from Mozambique after announcing it will no longer develop a new greenfield GTL plant.

Norwegian chemical company Yara International has also cancelled plans to invest in fertiliser and power plants. “Mozambique LNG production was only ever going to benefit international oil and gas companies, and a few influential Mozambicans,” explains Nicholas. He adds the fact that the majority of the country’s population feels left out from the expected windfall is one of the factors fuelling violence in the northern part of the country. Worse still, the rise in gas-related corruption cases including the $2bn ‘Tuna Bond’ scandal are fuelling belief that the resource will only benefit a select few.

An uncertain future
With the future of these two key projects uncertain, Mozambique’s LNG dream remains with an offshore Coral South floating production facility being implemented by Italian company ENI. The project’s progress has been largely untouched by the insurgency and remains on track to begin exports in 2022. It has a capacity of 3.4 million tons per year. “Despite the recent violence, and the setback for Total’s project, the country is still likely to become an LNG exporter in the coming years,” avers Stuart Elliott of S&P Global Platts.

There is some hope that Total’s LNG project is not entirely dead. In fact, the declaration of force majeure was aimed at satisfying creditors in the syndicated financing structure. “The prospect of a resumption of the project remains primarily dependent on an improvement in the security environment, and is not necessarily diminished by a declaration of force majeure,” notes Besseling.

For the consortium of the 28 financial institutions providing $14.9bn debt financing for the project, shielding themselves from anticipated and unforeseen risks was paramount. Despite being a risky venture, the financiers saw an opportunity for huge returns amidst the pressure of environmental, social and governance (ESG) financing. Proponents of sustainability believe natural gas is not going to be a transition fuel between coal and renewable energy. This means financial institutions might soon start opting out of gas projects.

Mozambique has already spent some of the anticipated gas revenue windfall, at high interest, and this gas bonanza may now never happen

“There is certainly an increasing backlash, especially in Europe, against fossil gas and LNG projects. But gas and LNG can still be a bridging fuel toward a low-carbon future,” notes Elliott. Total has in fact promised that its Mozambique project will be cleaner than other projects of its kind. The company is aiming to reduce the carbon intensity of Mozambique LNG to 25kg of CO2 per barrel of oil (boe) equivalent, well below the rate at historic LNG plants whose carbon intensity is 40–50kg of CO2 per boe.

Apart from the environmental promise, the Total LNG project was attractive in many aspects for financial institutions. The project has largely been de-risked because it has binding, long-term sales agreements in place with a number of big industry players. In essence, it has managed to secure long-term offtake agreements amounting to more than 11 million metric tons annually with companies like Shell, France’s EDF, China’s CNOOC, a partnership of the UK’s Centrica and Japan’s Tokyo Gas, and a joint venture between Japan’s JERA and Taiwan’s CPC Corp.

The prospect of failure
Failure of the Total LNG project would certainly be a catastrophe for Mozambique. In recent years, the country has experienced devastating economic crises instigated by the $2bn scandal and two tropical cyclones that struck in 2019. COVID-19 has exacerbated the situation. The effect has been real GDP contracting by an estimated 0.5 percent in 2020. This was the first decline in 28 years after growing at 2.2 percent in 2019 according to the African Development Bank. For a country that has witnessed sustained growth averaging 6.5 percent for close to two decades, this was a significant plunge.

With other sectors of the economy struggling, the government was desperately banking on LNG revenues to stabilise the economy and restore the growth trajectory. In particular, the country needs to mobilise resources to repay massive external debts that have ballooned to $14.7bn in 2019 according to the IMF. This has seen Mozambique fall into the category of countries in debt distress. In fact, according to Fitch Solutions, easing of the public debt burden over the longer term is solely dependent on LNG-generated revenues. If the revenues start flowing, the debt to GDP burden is projected to fall to 60.2 percent of GDP in 2029 from 108.2 percent this year.

“All foreign direct investments in Mozambique over the past 10 years have been geared toward eventual gas production and a massive increase in state revenue,” observes Besseling. He adds that going by the current reality, the government and foreign investors must return to the drawing board to ensure that LNG projects remain commercially feasible. This is even more critical due to price volatility and unpredictable market conditions due to oversupply.

Luckily for Mozambique, LNG demand is projected to continue on a growth path. According to McKinsey’s Global Gas Outlook report to 2050, LNG is set for stronger growth as domestic supply in key gas markets will not keep up with demand growth. Demand is expected to grow by 3.4 percent per annum to 2035, with some 100 million metric tons of additional capacity required to meet both demand growth and decline from existing projects. Demand growth will slow distinctly but will still rise by 0.5 percent from 2035 to 2050, with more than 200 million metric tons of new capacity required by 2050.