Since the start of the shale boom, the US has transitioned from energy importer to exporter, with worldwide repercussions. Now US oil exports look set to destabilise the oil-dependent Middle East 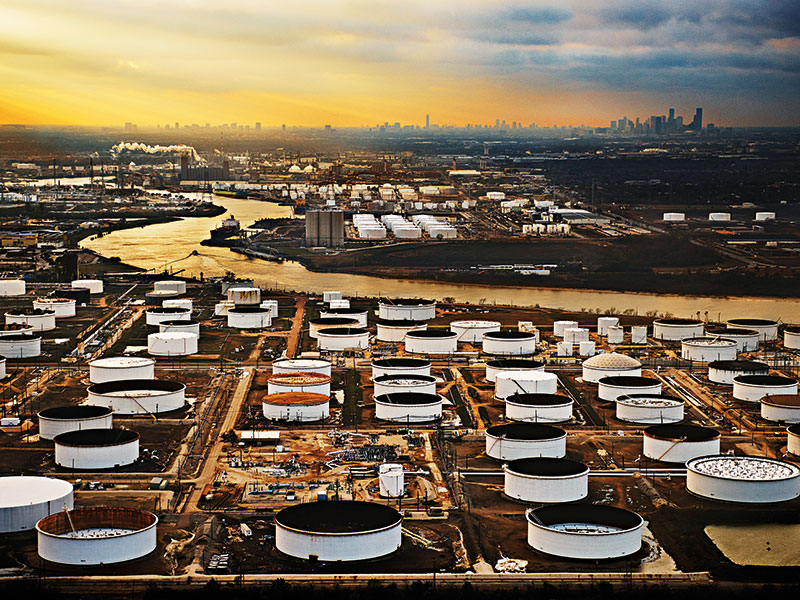 In February 2016, the US completed its first major export of natural gas, with an American ship setting sail for Brazil. Cheniere Energy, the US firm that orchestrated the shipment, said the occasion represented a significant turning point in US global trade, with the energy company predicting “the US will be one of the biggest three suppliers of LNG by 2020”. In July, two further cargoes left Cheniere’s Sabine Pass plant in Louisiana, venturing to the Middle East – with Kuwait and Dubai the destinations. These shipments were symbolic of a major change underway in the world economy; they signalled the US’ increasing importance in the export of hydrocarbon fuels.

Better out than in
According to US Energy Information Administration (EIA) figures, February 2016 saw the country export 884,000 barrels of propane and propylene gas per day. At the time, this was the highest figure on record. The US has seen an almost constant year-on-year increase in its export of gas. Exports took a slight dip in the months following February’s record figure, down to 673,000 per day in March, before rising again to 700,000 in April. Data for May showed this number rising again, taking it to 894,000 per day, and beating February’s record figure. These numbers are a long way from the humble 127,000 barrels per day exported by the US in January 2011.

The trend is clear: the US is becoming an ever more significant exporter of propane and propylene gas. According to analytics provider IHS, cited in The Wall Street Journal, US oil and gas producers are “on track this year to export more propane than the next four largest exporting countries combined – OPEC members Qatar, Saudi Arabia, Algeria and Nigeria, which have long dominated the trade”.

Shale trail
The bulk of this growth has come from the monumental increase in shale oil and gas extraction in the US. Technological advancements took off in 2008, quietly seeing US production of both natural gas and oil surge. A cocktail of high energy prices and cheap credit (due to a loose federal monetary policy) caused a flurry of investment in shale production. While softened oil prices have since seen many of the less cost-effective shale projects shut down, the US’ capacity to produce – and therefore export – hydrocarbons has seen rapid growth in the past eight years.

According to some commentators, the US’ newfound position as a major energy exporter will come with major geopolitical benefits for the country. For one thing, the country’s growing ability to export gas and oil to Europe will seriously dent Russia’s sway over the continent. Many European nations have been beholden to Russian natural gas – but with the US’ renewed ability to export this commodity to Europe, Russia’s influence will likely dwindle. The same is true for oil. According to a Manhattan Institute report by Mark Mills, entitled Expanding America’s Petroleum Power, more than “60 percent of Russian oil exports currently go to Europe”.

Europe currently imports roughly 90 percent of its oil needs, and European governments are keen to increase the amount sourced from the US. “During the 2014 EU-US trade negotiations”, noted Mills, “a leaked memo revealed European eagerness for access to American oil.” Becoming a major exporter of oil will also give the US leverage over an increasingly assertive China. The latter is both the world’s second-largest economy and the world’s biggest importer of oil. If the US were to increase its exports to China, it would further wed the countries economically, and provide the US with a powerful bargaining chip to counter any sway held by China’s ownership of US debt.

Good for the goose
The US becoming a major oil exporter not only puts it in a stronger geopolitical position, but also brings benefits to the global economy. Its increased role in oil deals should bring greater transparency and stability to markets. The world’s current top exporters of oil tend to be ranked poorly in terms of corruption and transparency. As Mills noted: “Because America scores well in these categories, as well as in rule-of-law metrics, an expanded role for the US in oil trade would add confidence and stability to global commerce.”

Oil prices will also, in theory, become more stable. Some of the world’s largest oil producers, such as Iran and Iraq, are global political hotspots. Political crises within countries in volatile political regions – be it war, revolutions or sanctions – will, with increased US global supply, be somewhat muted. OPEC’s power to manipulate and force price changes will also further be diminished. In fact, this is already happening, with the ability of the cartel to hold the world economy to ransom, as it did in the 1970s, now long gone.

Although not his obvious intention, under President Barack Obama’s two terms of leadership, the US changed from a major importer of energy to a major exporter. Although Obama’s legacy on energy is often spoken of in terms of his commitment to renewables and reduction in coal use, the shale boom over which he presided is much more significant. The transition will have, and indeed already has had, massive consequences for the wider world.