Despite a strong surge in US exports, the US trade deficit unexpectedly widened by $1.2bn in August 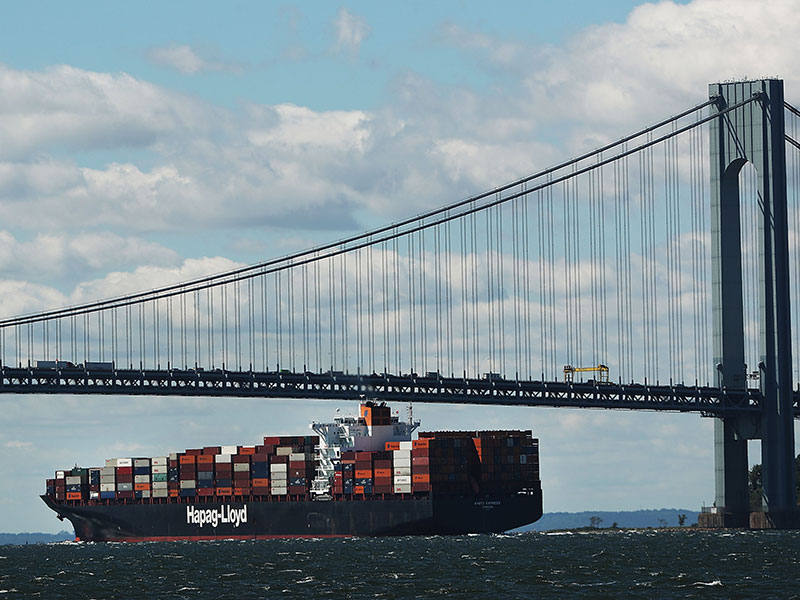 A cargo ship leaves New York Harbour. The US trade gap widened in August, according to the latest figures from the US Commerce Department
Markets
Author: Tom Bailey

The US trade gap widened in August, according to the latest figures from the US Commerce Department. The new data shows the US’ trade deficit grew to $40.7bn, a $1.2bn increase over July’s revised figures. The US trade deficit in July stood at $39.5bn, revised from its previous figure of $39.47bn.

The extent of the trade deficit’s expansion in August was unexpected, with economists polled by Reuters anticipating that the figure would fall to $39.3bn. However, while the US trade gap widened – a particularly contentious issue in the current US election cycle – the data points towards some positive trends within the US economy.

While the US trade gap widened, the data points towards some positive trends within the US economy

Exports increased by $1.5bn over July’s revised figures, standing at $187.9bn. This put exports at their highest level since July 2015, suggesting that the effect of the dollar’s appreciation on international demand has waned.

Goods took the largest share of the export increase, rising by $1.2bn to $125.3bn. The export of industrial supplies and materials increased by $1.4bn, although this rise was offset by declines in other areas. The export of civilian aircraft exports fell by $0.8bn, while the export of other capital goods increased.

This surge in exports was eclipsed by an even greater increase in US imports. However, this reported increase still spells good news for the economy: US imports grew by $2.6bn, compared with July’s figures, indicating strong demand within the US economy. In particular, capital goods imports increased by $1.2bn, suggesting a strengthening of US business sentiment.