Automation may not decimate the job market, but it does present significant challenges

While evidence shows automation’s net effect on employment is negligible, its structural effects on the job market are very real and must be dealt with 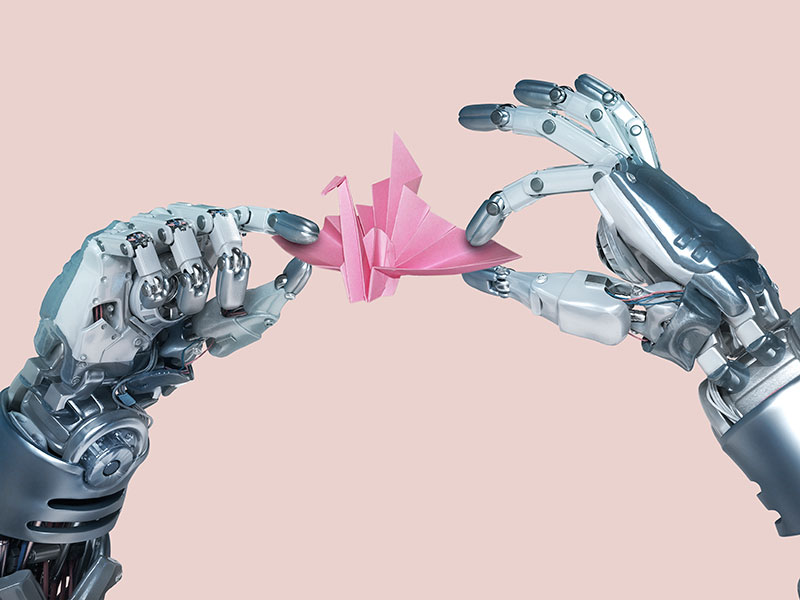 As labour-saving technologies advance, concerns regarding job security will likely rise in tandem. According to a study by PwC, 37 percent of the 10,000 people surveyed across five countries were worried automation would put jobs at risk. Further, 60 percent believed only a few people would have stable, long-term employment in the future.

From a macroeconomic perspective, the bulk of available evidence seems to suggest there is little reason to worry, as the net effect on employment will likely be small and may, in fact, result in gains. But dealing with the fallout from a large structural shift in labour will inevitably present significant challenges.

Manufacturing change
At highest risk of being automated are low-skilled jobs, particularly those with predictable and repetitive tasks that can easily be replicated by a machine, like fast food preparation and mechanical assembly.

Meanwhile, occupations requiring more abstract skills – those that are hard to codify and copy – will stand a lower risk of being automated. These jobs tend to involve social interactions or the application of expertise; tasks that cannot easily be mimicked in the absence of truly advanced artificial intelligence.

This erosion is extensively alluded to throughout much of the research on the topic. According to a study by McKinsey Global Institute, 30 percent of work tasks across 60 percent of occupations could be automated, while between 400 and 800 million people may need to find new work due to automation by 2030.

A report by PwC, which looks at automation occurring over three overlapping waves between now and the 2030s, suggests machines will encroach further on manufacturing jobs as they become more adept at completing physical tasks that require dexterity and dynamic interactions. The report estimates the resulting job losses could be as high as 44 percent in some countries.

The sky isn’t falling
Despite the high figures in their reports, both McKinsey and PwC maintain the losses will likely be made up for elsewhere in the economy. Even so, many experts argue such figures are exaggerated.

“[The high estimates of ‘at risk’ jobs] just reflect technological potential, so they tell us how much theoretically could be done by machines,” said Ulrich Zierahn, Senior Researcher at the Centre for European Economic Research. “But the actual employment effect is likely to be very different from that because it takes a long time for machines to be adopted, because humans can adjust and actually do adjust to the change, and also because new jobs are created along the way.”

Factors like the high cost of implementation for firms and labour laws are likely to slow the rollout of automated technologies. What’s more, Zierahn’s own research suggests a ‘task-based’ approach to predicting the impact of automation, rather than the traditional ‘occupation-based’ one, could be of greater use. Just because a job has a certain proportion of tasks open to automation doesn’t automatically mean it will become redundant.

“Usually researchers say that if the [proportion of automatable tasks] is above 70 percent then you would regard the job [as] at risk,” Zierahn said. “However, being at risk just [refers to] the level of exposure to technological change, whereas the potential employment effect of that exposure is another question.”

Additionally, some research shows that even if automation drives down labour demand in manufacturing, mass redundancies would not necessarily follow. “We do not find any systematic evidence that manufacturing firms really fire workers,” said Wolfgang Dauth, Assistant Professor of Empirical Regional and International Economics at the University of Würzburg.

“What we do see is that they reduce the number of labour market entrants that they would otherwise have hired, so younger people then go into the service sector rather than the manufacturing sector.”

New jobs could come as a result of an overall improvement to the economy in terms of income and productivity, as well as a direct result of new technology (i.e. maintenance, research and development). As people pour their new wealth into the economy – investing in, and creating, businesses – a higher demand for specialised labour could offset the job losses directly related to automation. The challenge, therefore, becomes not how to deal with a significantly higher unemployed population, but how to effectively transition the workforce into the new economy.

In the past, disruptive events like the Industrial Revolution have often been referenced as instances where naysayers overreacted. “Throughout economic history there has always been a new wave of automation that made [a] certain kind of work or a certain kind of worker redundant, but overall we don’t really feel that this time might be different,” Dauth said.

However, the quickening rate of technological advancement could potentially set this era apart from previous ones. “In honesty, my feeling is that it is different,” said Lordan, pointing to the cratering housing market that precipitated the 2008 financial crisis as an example of an unprecedented event everyone thought impossible. “Things can happen for the first time, and you probably want to encourage policymakers to think about it.”

Smoothing the transition
Net employment effect notwithstanding, public policy will need to reflect the needs of the new job market. If handled incorrectly, even a society made wealthier by technology would see said wealth concentrated in fewer hands.

Higher investment into STEM education and retraining programmes should be an economic priority as demand for high-skill labour increases. Special attention must be paid to mid-career workers who will need to learn new skill sets or significantly expand their existing ones. This adaption will also need to be applied to younger generations, which are currently being brought up through an education system fundamentally designed to complement the last industrial revolution.

“I think that really does require a big restructuring of education,” Lordan said. “Currently, our education system largely teaches children the jobs that robots are going to be able to do, which doesn’t really seem like a good idea. I think what you want to be able to do is teach skills like empathy and character, which robots are not going to mimic.”

Even in a country like Germany, which has a low risk of net job loss and is well equipped to deal with these labour shifts due to its tradition of investing heavily in retraining, there is a gap between those who benefit from automation and those who do not.

According to Zierahn, while the negative net effects of technology on employment are not apparent, the structural effects it will have are important. Specifically, the shifts between occupations and industries, as well as the resulting inequality, present significant challenges.

“We have to support workers in adjusting to the change by getting the right training to get the right skills,” Zierahn said. “It seems that inequality is rising due to technological change because it is particularly the low-skilled workers who are most exposed and who suffer most from the change and who also have the hardest time finding new jobs.”

The economic benefits technology will bring are real but, in the race to stay ahead, governments will have to pull off a balancing act between remaining competitive and minimising the impact machines will have on large portions of their workforce. The failure to adequately take care of lower income workers, who may be left behind by the new economy, can bring significant cultural consequences, as well as economic ones.