Israel has established itself as a global innovation hub, offering profitable business opportunities for international investors 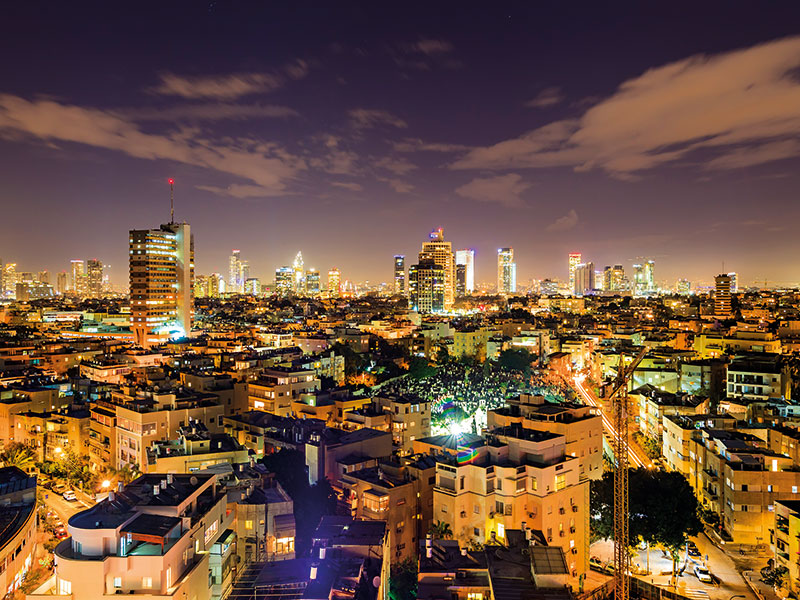 Over the past two decades, Israel’s hi-tech sector has gone from strength to strength. Known to many as ‘the start-up nation’, the Middle Eastern country has emerged as a hotbed for technological innovation.

Between 1998 and 2012, Israel’s tech industry grew at more than double the rate of the nation’s GDP, expanding by an average of nine percent annually. In 2015, Israeli start-ups collectively raised $4.4bn in venture capital funding, up 30 percent from the previous record high achieved just a year earlier. Thanks to years of booming tech sector activity, Israel now boasts more start-ups per capita than anywhere else in the world outside Silicon Valley.

With the nation now home to more than 1,000 new start-ups a year, business journalists and industry experts alike are looking to understand the factors behind the state’s remarkably successful hi-tech ecosystem.

An entrepreneurial ecosystem
While the nation’s start-up success has often been compared to that of Silicon Valley, the Israeli model is unique in many ways. From the online marketplace Fiverr to the award-winning traffic app Waze, each Israeli start-up has profited from an enabling ecosystem that allows new businesses to thrive. Within the small country, the start-up scene is strengthened by a culture of experimentation and entrepreneurial spirit, as well as government eagerness to support and nurture new talent. These factors, when combined with Israel’s highly skilled workforce and world-class academia, have helped establish the nation as a leading site for business investment.

When analysing the elements that shape Israel’s flourishing hi-tech sector, it is sensible to first acknowledge the thriving entrepreneurial spirit that underpins Israeli business culture.

Thanks to [a] booming tech sector, Israel now boasts more start-ups per capita than anywhere else in the world outside Silicon Valley

“In Israel, we have an entrepreneurial culture that encourages people to turn their ideas into reality”, said Eyal Eliezer, Senior Director of the Strategy and Marketing Department at Invest in Israel, an investment promotion authority created by Israel’s Ministry of Economy and Industry.

“Israeli entrepreneurs are not afraid of failure”, Eliezer told World Finance. “We often encounter serial entrepreneurs who try again after failing the first time, and who use their experience to do better in their future business ventures.” The basis of this ambitious and enterprising spirit has often been attributed to the combination of Israel’s unique history of immigration and its mandatory military service.

In their 2009 New York Times bestseller Start-Up Nation: The Story of Israel’s Economic Miracle, business writers Dan Senor and Saul Singer suggested immigrants are, by the very nature of their migrant experience, prepared to start from scratch and often have little to lose. Given that today nine in 10 Jewish Israelis are either immigrants or descendants of first or second-generation migrants, Israel can rightfully be classified as a nation of immigrants and therefore, potentially, a nation of natural entrepreneurs.

The authors also argued Israel’s mandatory military conscription plays an essential role in creating a shared enterprising culture. According to Senor and Singer, the required two years of service not only instils young Israelis with positive behavioural traits, such as discipline and a good work ethic, but also provides them with a network of contacts that may prove useful later in life.

The largely un-hierarchical structure of the Israel Defence Forces also creates an environment where achievements are valued over rank, thus encouraging young citizens to question and challenge their supervisors – a habit that stays with them long after they complete their mandatory service. “In Israeli culture, employees are even encouraged to disagree with their superiors, which makes entrepreneurship prevalent within companies”, Eliezer said.

Hi-tech talent
Israel also boasts a highly skilled, well-educated workforce and an abundance of specialised research and development (R&D) centres. With a population of just eight million people, the nation has the highest concentration of engineers and PhD degree holders per capita in the world – even beating the US. Remarkably, there are 140 technicians, scientists and engineers for every 10,000 Israeli employees, compared with just 85 per 10,000 in the US.

This pool of tech talent is in turn supported and nurtured by a high level of R&D funding and government investment in scientific infrastructure. At present, Israel is ranked second in the world in terms of its investment in R&D in relation to GDP, only outspent by South Korea. Eager to capitalise on Israel’s wealth of tech talent and commitment to R&D spending, an ever-increasing number of high-profile multinational corporations are choosing to establish operations in the nation. Microsoft, Google, Facebook and Apple are among the more than 270 leading technology companies with an R&D presence in Israel.

Overall, such centres currently employ more than 283,000 hi-tech workers, with many big-name tech corporations looking to further expand their Israeli operations in the future. Along with establishing R&D bases in the country, many multinationals are moving their advanced manufacturing operations to Israel in order to enhance cohesion between their development and production units. Eliezer said: “By moving both their R&D centres and advanced manufacturing bases to Israel, companies can enjoy an R&D-manufacturing proximity advantage, making the entire production process much more dynamic.”

Geographically situated at the meeting point of Europe, Africa and Asia, the nation is ideally located in terms of market access, and benefits from an EU-Israel trade agreement. With its proximity to developed and emerging markets, its network of well-funded R&D centres, and its specialised workforce, Israel is proving evermore attractive to foreign investors.

The innovation box
With many multinational corporations shifting their R&D operations to Israel, the nation is becoming a leading site for international investment. In 2015, foreign direct investment in Israel totalled $11.6bn – a staggering 90 percent increase from 2014, when $6.7bn was invested from overseas. While foreign investors are certainly keen to tap into the nation’s unmatched tech talent pool, a government eagerness to create supportive conditions for overseas backers has fuelled a fresh wave of investment in Israel.

“The Israeli Government seeks to offer maximally supportive conditions for companies and investors looking to invest in Israel”, Eliezer explained. “As part of the extensive range of incentives and benefits, the State of Israel encourages international investment by offering grants, reduced tax rates and tax exemptions to help companies offset expenses in capital, R&D and wages.”

for firms with a global turnover of more than $2.5bn

withholding tax on dividends on distribution to a foreign company

for firms with a global turnover of more than $2.5bn

The grants available to foreign investors primarily come in the form of capital grants, employment grants and R&D grants. Foreign companies that fall under Israel’s Development Area A may be eligible for capital grants of up to 20 percent of the approved investment, covering investments in fixed assets such as equipment, buildings and furniture over a period of five years. If a company is approved for an employment grant, then this subsidy can be used to cover between 20 and 30 percent of the salary cost for additional employees. Finally, the government offers R&D grants that cover from 20 to 50 percent of a company’s total eligible R&D expenditure. The State of Israel also runs several R&D programmes for multinational corporations, which are designed to encourage them to invest in Israeli R&D activities.

In addition to these grants, the government has also created the Invest in Israel authority in order to provide practical support and advice to business owners looking to launch new operations in Israel. The government-backed initiative delivers a variety of customised services, in addition to offering potential investors a wealth of information on taxes, wages and Israeli regulations.

“We are a one-stop shop for foreign investment in Israel”, said Eliezer. “If you are an investor or an international business owner, our department will supply information about the Israeli ecosystem, escort you during your visit, help you navigate our country’s regulations, and much more. We are here to ensure that our clients have the best possible experience when investing in Israel.”

In July 2016, the Israeli Government sought to ambitiously extend the tax incentives it currently offers to foreign investors, publishing a proposal for an ‘innovation box’ intellectual property (IP) tax regime. Tax benefits from the proposed regime include a six percent corporate income tax rate and a four percent withholding tax on dividends for qualifying companies with consolidated revenues of over ILS 10bn ($2.5bn). The new proposal is set to come into effect as part of the upcoming state budget, and marks a significant opportunity both for multinationals currently operating in Israel and those considering investing in the Middle Eastern state.

Looking forward
With the creation of new, attractive tax incentives and grants, foreign investment in Israel is showing no signs of slowing down. Thanks to the success of the nation’s hi-tech sector, Israel’s economy is performing at its highest level since the 2008 financial crisis, boasting positive and steady growth far above the OECD average. In light of this economic prosperity, all global credit ranking agencies have recently raised Israel’s rating to A+, an encouraging move that suggests a bright future for its economy.

Over the next few years, industry experts expect to see greater international recognition of Israel as a global innovation hub, resulting in higher amounts of capital flowing to the nation. Furthermore, as investors from emerging markets are beginning to invest in Israel, this new capital is set to experience a diversification in terms of its sources. China in particular is turning its attentions to the thriving Israeli hi-tech sector and, as of 2016, the vast majority of Israeli venture capital funds have at least one Chinese investor on board during their financing rounds.

With increased diversification of funding, Israeli innovation is poised to become more global, strengthening what is already a vibrant and thriving business ecosystem.