Owner of Burger King and Tim Hortons is set to add Popeyes Louisiana Kitchen to its roster for $1.8bn 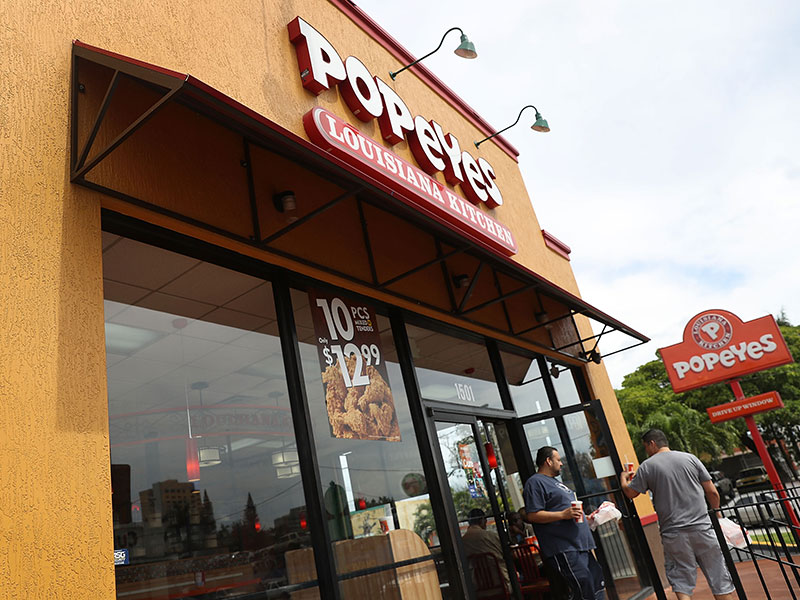 After weeks of speculation, Restaurant Brands International (RBI) confirmed on February 21 that it will be purchasing multinational fried chicken chain Popeyes Louisiana Kitchen for $1.8bn, or $79 per share.

According to a press release published on RBI’s website, the offer marks a 27 percent premium of the “30-trading day volume weighted average price” on February 10, the last day of trading before talks of the merger emerged.

The acquisition of Popeyes marks the latest in a string of mammoth takeovers by 3G Capital, a private equity firm that acquired Burger King for $3.3bn in 2010

RBI will finance the deal with $600m cash on hand, together with a commitment from Wells Fargo and JP Morgan for the remaining $1.3bn. Subject to closing conditions and regulatory approvals, the deal is expected to close as early as April 2017.

RBI CEO Daniel Schwartz said in the press release: “Popeyes is a powerful brand with a rich Louisiana heritage that resonates with guests around the world. With this transaction, RBI is adding a brand that has a distinctive position within a compelling segment and strong US and international prospects for growth.”

RBI was formed in late 2014 when Burger King purchased Canadian doughnut and coffee chain Tim Hortons for $11bn. The key motivator behind the merger was Tim Hortons’ potential to expand in the US and further afield. In the short time since the takeover, Tim Hortons has pressed ahead with store expansions, having opened new sites, signed development deals and struck new partnerships in several US states.

Given that fried chicken accounts for 10 percent of the fast food sector, and that Popeyes’ own market share continues to grow, the Louisiana chain also boasts massive potential for serial expansionists RBI.

The acquisition of Popeyes marks the latest in a string of mammoth takeovers by 3G Capital, a private equity firm controlled by wildly successful Brazilian entrepreneur Jorge Paulo Lemann, which acquired Burger King for $3.3bn in 2010. With the likes of Anheuser-Busch InBev and Kraft Foods also under its belt, in a relatively short period of time 3G Capital has marked itself as a force to be reckoned with in the cut-throat world of M&As.