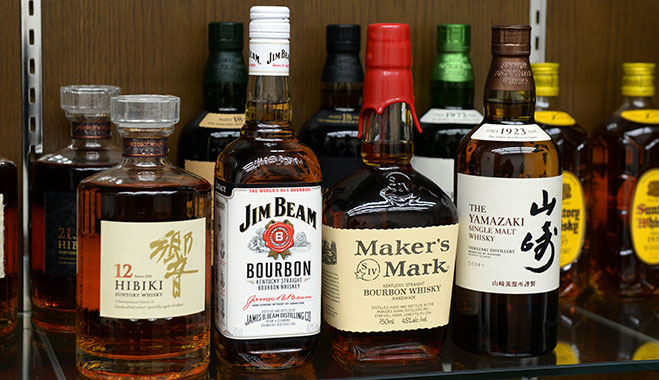 In what is being hailed as one of the biggest takeovers in the drinks industry, Japanese whisky-maker Suntory Holdings has completed a $16bn acquisition of one of America’s most famous premium spirits manufacturers. The Japanese firm will takeover Beam Inc, maker of Jim Beam, in a deal that will create a joint business that will be the world’s third largest high-end spirits manufacturer and a new company called Beam Suntory.

Although primarily known for making Jim Beam bourbon, Beam Inc is also the manufacturer of Maker’s Mark bourbon and Courvoisier cognac. With a 200 year old history it is one of the US’s most recognisable drinks brands. Suntory, on the other hand, has a 100-year-old history and is Japan’s leading whisky distiller.

According to a joint statement released by the two firms, combined sales last year were $4.6bn. the deal represents Suntory’s largest foreign acquisition and represents another sign that Japanese family owned businesses are looking overseas for investment opportunities in response to the falling yen and declining domestic population.

Suntory President Nobutada Saji said in the statement that he felt Beam would fit in well with his company’s corporate culture. “Since its founding, Suntory Group has always shared the spirit of ‘Yatte Minahare – Go for it!’ in taking on new challenges, creating new opportunities, and living our corporate values. Beam’s heritage of over 200 years is also characterised by a spirit of entrepreneurialism, creativity and courageous decisions that exemplify the same ‘Yatte Minahare’ spirit.”

Announcing the news, Beam CEO Matt Shattock, who will also front the new firm, said emerging markets would be the focus of the business. “We will be focused on continuing our momentum, growing in developed and emerging markets and building on our combined strengths.

“I’m particularly excited about what brings us together – a strong cultural fit based on the entrepreneurial and innovative spirit of two companies with common values and proud heritages rooted in multi-generational family businesses.

“By combining the world leader in bourbon and Japan’s leading spirits company, we have created a stronger global business with an even better premium portfolio.”