It seems like the low-growth, low-inflation environment that Europe now finds itself in could be here to stay. Looking at how Japan’s stocks have fared in similar circumstances should give investors some clues as to where value can still be found 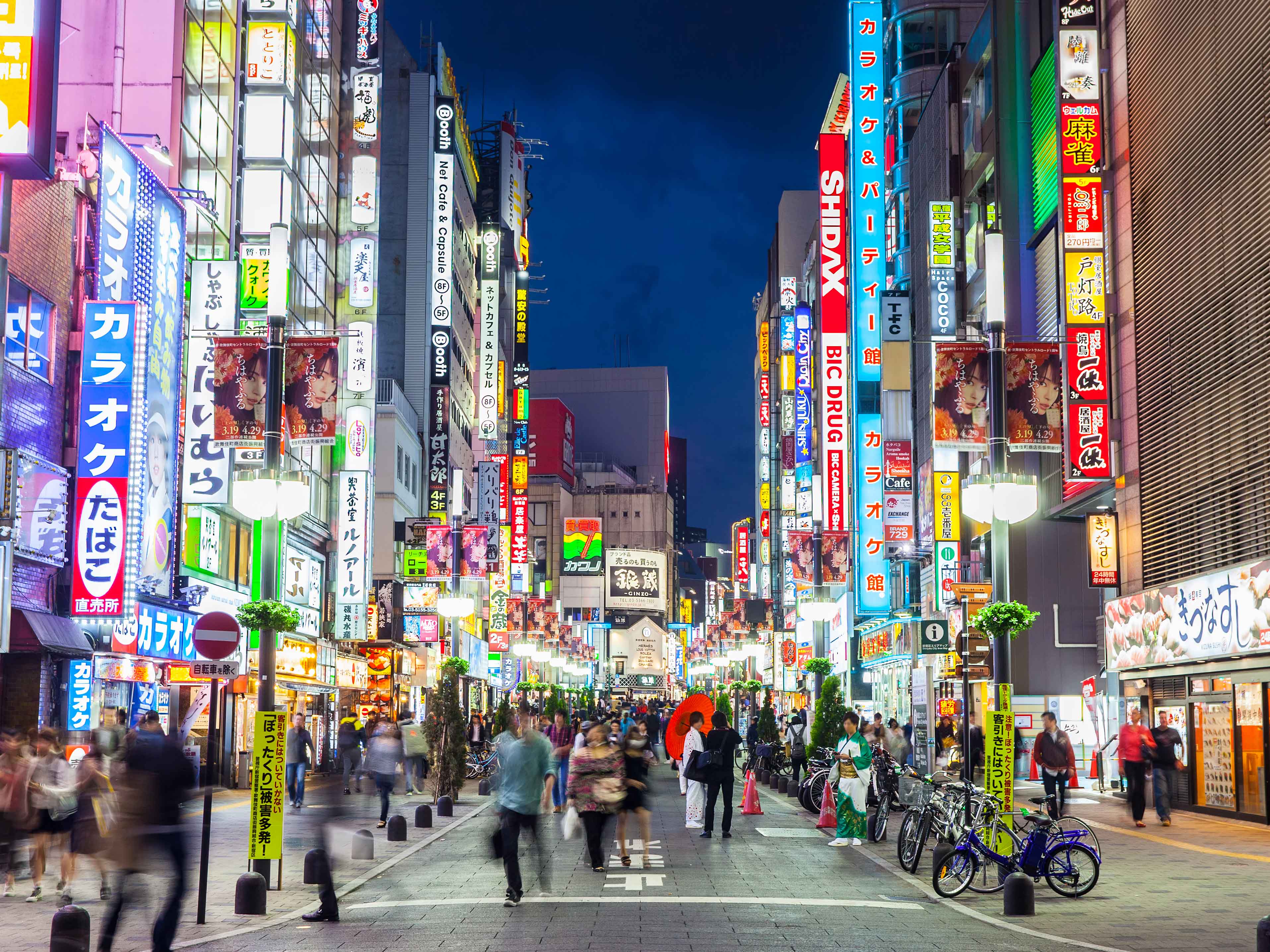 Japan has been trapped in a cycle of low growth and low inflation for almost three decades. Analysts are concerned the eurozone could be headed for a similar fate
Featured | Investment Management | Wealth Management
Author: Barclay Ballard

Japan’s economy is one that has been studied extensively in recent decades. For those with a positive mindset, things are going well: the country boasts the third-largest economy in the world and plays host to some of its finest hi-tech manufacturing firms. On the other hand, trouble has been brewing for a while now. For almost three decades, Japan has been trapped in a cycle of low growth and low inflation, with its ageing population making it difficult to escape.

Now there are concerns that Europe’s economy could be heading for a similar fate. After the financial crisis struck, investors, bankers and corporate executives understood that economic expansion would have to wait – but 10 years have passed since then, and the eurozone remains stuck in second gear. Growth predictions are repeatedly revised downwards and a culture of risk aversion continues to stifle innovation. The continent is undergoing its own period of ‘Japanification’.

How long Europe will remain stuck in this situation is difficult to say, as Japan has suffered low growth since the 1990s, but it will certainly present challenges for the European Central Bank (ECB) and pose a quandary for investors looking to find value.

The policies pursued by Japan’s government created a sizeable asset bubble, with stock valuations and urban land prices trebling between 1985 and 1989

When the bubble bursts
The 1990s in Japan are today referred to as the Lost Decade. More pessimistic commentators even include the following 10 years – a period dubbed the Lost Score. Between 1995 and 2007, the country’s GDP fell from $5.45trn to $4.52trn and average wages declined by around five percent.

“Since the 1990s, some of the main characteristics of the Japanese economy have been a low-growth, low-inflation environment coupled with extremely high debt rates,” Inga Fechner, an economist at ING, told World Finance. “Japan has the highest debt-to-GDP ratio worldwide and has been struggling with low inflation rates for 25 years. The economy never really recovered from its homemade financial crisis in the 1990s and three major crises (the 1997 Asian crisis, the dotcom bubble and the global financial crisis) in the years that followed.”

As Fechner mentioned, the causes behind Japan’s Lost Decade were largely of the country’s own doing. The 1985 Plaza Accord resulted in a significant appreciation of the yen, bringing exports to a standstill and abruptly halting growth. As a result, the government in Tokyo launched a series of expansionary monetary policies: interest rates were slashed, and fiscal stimulus was introduced.
Unfortunately, the policies pursued by Japan’s government created a sizeable asset bubble, with stock valuations and urban land prices trebling between 1985 and 1989. In 1990, the bubble burst and equity values plummeted. Subsequent economic policies only served to prolong the pain and, today, Japan is still feeling the effects.

However, it’s important to look back on the macroeconomic fallout with as much nuance as possible. While it is true that Japan’s stock market remains depressed and consumer sentiment is poor, its low levels of growth are sometimes exaggerated. In fact, since the financial crash, Japan’s GDP per capita has seen strong growth (see Fig 1), actually growing faster than that of the eurozone. Measure for measure
To understand whether Europe is undergoing Japanification itself, economists have begun to analyse a number of different metrics, including growth, inflation, short-term interest rates and demographic changes.

“At ING, we have created a ‘Japanification model’ based on research by Takatoshi Ito of Columbia University, taking economic growth, inflation, short-term interest rates and demographic change into account,” Fechner said. “The model shows that the eurozone economy has left its ‘normal’ growth path following the global financial crisis and has dipped into Japanification territory, which Japan has not left for a quarter of a century.”

The similarities between 1990s Japan and present-day Europe are striking. Assuming that the Japanese crisis started in 1992 and the eurozone’s troubles began in 2009, the progression curves of the two states look remarkably similar. Far from representing dark clouds on the horizon, Fechner believes “we are already in the middle of a Japanese scenario in the eurozone”.

Nevertheless, there are notable differences between the economic landscape in Europe today and that of Japan in the 1990s. While the eurozone may not have managed to generate its desired level of core inflation (around two percent), it has avoided deflationary years – something that has occurred 12 times in Japan since 1991. The ECB has also managed to curtail government debt, which has fallen from 91.8 percent of GDP in 2014 to 86 percent today. In Japan, it stands at 240 percent.

However, that is still unlikely to be enough to stave off fears of Japanification. Certainly, Europe’s ageing population – something that has contributed to Japan’s long-term stagnation – is a concern. In the EU, the population is set to reach 520 million by 2070, but the number of people of working age is predicted to fall to 292 million. Europe’s relatively liberal attitude to immigration – compared with Japan, at least – may help delay a demographic time bomb, but only for so long.

If, as many fear, Japanification represents the new normal for European economies, a number of challenges will emerge. In particular, the meagre growth that is achieved is likely to be less inclusive, leading to rising levels of inequality and the many issues that accompany them.

Fail to prepare
The example of Japan serves as a worrying lesson for Europe. During the country’s Lost Decade, the Bank of Japan (BOJ) tried to stimulate growth through rock-bottom interest rates and fiscal stimulus – both to little effect. This created zombie firms, propped up by banks and absorbing resources that would be better served elsewhere in the economy. Despite being a drain on growth, they staggered on, unable to service their debts. They are now more prevalent than ever: across Western Europe, the US, Australia and, of course, Japan, the number of zombie firms increased from two to 10 percent between 1987 and 2018.

Should governments and banks let these failed businesses go to the wall? It would free up resources, but it would also mean significant job losses. It would be a brave decision to make, and a largely unpopular one. However, a look at Japan in the 1980s demonstrates that the BOJ’s failure to act quickly enough exacerbated the country’s economic woes.

“The banking sector in Japan accumulated a huge pile of non-performing loans that led to the instability of the financial system at the same time as the corporate sector was suffering from excess debt and overcapacity,” Fechner said. “The authorities waited too long before taking decisive action. Only in 1998 was a framework for the resolution of failed financial institutions put in place.”

Even though European banking officials have also been criticised for being too slow to act, the low-growth conundrum is difficult to crack. Potentially, the eurozone could boost public spending or reduce taxes – it has the fiscal room to do both when the bloc is looked at in aggregate, but on a country-by-country basis, such a move looks more precarious, with some states already carrying huge public debt burdens.

“Getting stuck in the low-growth, low-inflation environment with central banks being out of ammunition is a significant challenge for Europe,” Fechner noted. “In the heterogeneous eurozone, political tensions within and between countries might rise given differing interests, economic developments and the use of fiscal policies among members. Whenever it looked as if the Japanese economy had finally bottomed out, the next external shock came along. This is an important lesson for the eurozone: the next crisis is just around the corner. Without a strong recovery, it is difficult to escape the low-growth, low-inflation environment.”

While Europe manages to plod on for now, another economic shock would leave policymakers with little room to manoeuvre, pushing it into deflationary territory. And when viewing the next economic shock, it is always a question of when, not if.

Finding value
One thing that is certain is that the Japanification of the eurozone will have a major impact on investment. The stock markets in Japan have still not recovered – they remain below their 1989 peak – and so investors will need to think extra carefully about where to place their money if Europe ends up going the same way.

Bank stocks are to be avoided – since 1990, the value of the Tokyo Stock Price Index has fallen by six percent, while the corresponding benchmarks in Europe and the US have rocketed by 300 and 800 percent respectively. Financial institutions require high interest rates and levels of spending (which drive up demand for loans) to post sizeable profits – both of which are out of the question in a Japanification scenario. However, that doesn’t mean there is no value to be found for investors. Europe is more fragmented than Japan – each country has its own economic dynamics to consider – and so investors shouldn’t write off the entire continent, even if lower growth does look as though it is here to stay.

Volatility – bad news for some, but good for those able to ride out the storm – will also remain present in Europe even if full-blown Japanification emerges. Japan’s stock markets may have suffered on the whole, but they still experienced rallies of at least 20 percent in every year between 1990 and 2003. When times are gloomy, the smallest piece of optimism can result in big gains for share prices – something that investors in a Japanified Europe will need to keep an eye on.

In addition, there are industries across the continent that investors would still be wise to consider. The automotive sector remains strong and will receive a boost if concerns relating to global trade dissipate. What’s more, Europe still boasts world-leading pharmaceutical firms and consumer brands.

“When you look at quality of businesses, the openness of the economy, the linkage of the economy towards the growing parts of the world, [Europe’s] more exposed to that,” Andreas Wosol, a portfolio manager at Amundi Funds II, told Bloomberg. “Clearly in some periods it can also be a drag, but long term, it’s a positive, which Japan didn’t have.”

There’s also a chance that the Japanification fears surrounding Europe have been overblown. If the eurozone economy picks up, and inflation along with it, then the low-growth situation that European countries find themselves in could simply turn out to be a blip. That doesn’t look like the case at the moment, but things can change quickly: oil price rises, a less hostile global trade outlook and favourable political outcomes in certain member states could all boost demand and consumption.

Even if eurozone investors are concerned, perhaps the general public does not have much reason to be worried. After all, look at what Japan has achieved despite the ‘disease’ its economy is suffering from. The country has low levels of unemployment, ranks above the OECD average in terms of income, wealth, education and skills, and scores better than any other nation regarding personal security. Economic growth clearly isn’t everything.