Good employees are becoming a hot commodity as the asset management industry continues to expand along with the recovering global economy. Hiring the right managers however, might prove easier said than done as stealth hiring tactics start to emerge 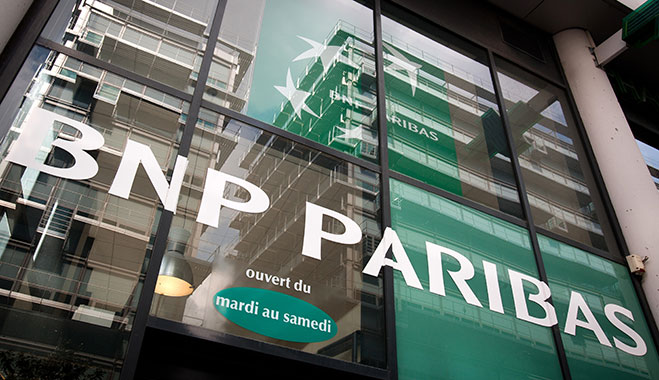 Leaving a record year behind, the asset management industry has seen a boom in expansions and hiring levels. As firms have continued to grow, thriving on the economic recovery and investor bullishness on global markets, the need for hiring the best, compliance-oriented managers has increased. In the new post-crisis financial services landscape, competition is steeper than ever when trying to put together the strongest employee team.

Now, the asset management industry is gearing up for a year of further hires as several major banks and IFAs have announced the significant bolstering of investment teams for the year.

According to PwCs 17th annual CEO Survey, asset management companies are in expansionist mode, with more than half (58 percent) of the CEOs surveyed expecting to take on more staff in the next year. This is a slight increase from last year, when 55 percent of CEOs would increase headcount, and a marked change from 2012, when only 25 percent planned to hire externally.

The potential hiring spree is driven by increased bullishness in the global economic outlook, as 52 percent of respondents said that they believe the economy will improve over the next 12 months – up from just 19 percent last year. It also comes down to more firms adapting to and putting into place the regulatory changes, which have been introduced over recent years, the PwC report revealed.

“While previously people have been focused on headcount and how to get it down, now people have accepted regulation and are now focused on growth and finding the right people with skillsets around operational risk”, said PwCs head of UK asset management, Paula Smith.

Hiring sprees
This outlook follows announcements from a slew of firms all looking to bolster their asset and wealth management divisions significantly. US firms BNY Mellon, JP Morgan and Bank of America Merrill Lynch have been aggressively bolstering their US teams throughout 2013 and now, all three are looking to strengthen their European investment divisions, with JP Morgan’s current hiring spree set to culminate with 3,000 new recruits, in addition to further hires worth $2bn in 2015.

European firm’s Coutts, BNP Paribas and Old Mutual have been bolstering their wealth and asset management units, with the former targeting Singapore and Hong Kong in 2014 as it looks to double the number of senior bankers there as part of a major emerging markets push. Furthermore, Japanese firm Nomura is hiring assertively as it continues to forge its way into the US market.

All in all, the 2014 hiring landscape for asset management is looking busier than ever, says the associate director of asset and wealth management at the specialist financial services recruitment consultancy, Bruin Financial.

“We actually started hiring some quite key roles towards the end of 2013, which were due to be 2014 hires. The idea was for some clients to get ahead of compensation season and make hires for 2014 ahead of bonus rounds taking place.

“This year has continued to be really busy as clients have had a very clear idea of headcount, the increase on 2013 numbers and the increasing positivity in the market. 2013 was still a little uncertain in terms of market sentiment, this year most clients are more bullish in their expectations of 2014,” explained Kirsty Pineger.

According to research from Bruin Financial, product development and management continues to be a huge area of focus within asset management, as roles at the £65 to 75k range have increased in popularity level for recruitment. Consequently, this range of manager has been the hardest level to recruit at as promotions within this range has created a real shortage of candidates.

“As hiring has increased, the market has become ever more candidate short. More and more we are finding that candidates are receiving offers from at least two firms during their job search. To overcome this, clients are making their interview processes efficient, and have to make competitive offers as soon as they identify the preferred candidate,” Pineger said.

Dan Mannix, CEO of the asset management firm RWC, says he has not experienced a shortage of candidates – but that this comes down to his firm’s hiring tactics.
“Confidence increased in 2013, and with that comes a renewed sense of urgency in order to build for the future,” says Mannix.

“We hire on a long-term basis by avoiding popular investment areas, which larger firms engage in. At the moment, it’s harder to recruit in hot areas of the market like fixed income, so we allow for a natural process rather than pursuing aggressive headhunting. For us, candidates need to be a good cultural fit first and foremost,” he explains.

Fixed income and compliance requirements
As Mannix suggests, demand for talent is especially great within certain asset classes, as fixed income continues to be the area of focus and candidates with knowledge of equities become a new, hot commodity. This does however, not even come close to comparison when it looking at the incredibly high demand within compliance.

The extreme shortage of skilled compliance professionals has, for instance, resulted in more than 90 percent of financial institutions in Hong Kong and Singapore, to worry about their ability to retain their most capable staff and not lose out to competing firms in the coming year.

“There has also been a greater increase in more investment-aligned positions as people have started moving in the market. We have seen clients create new opportunities and build new teams and this has lead to some strategic senior hires as well,” explained Pineger, referring to the expansionist plans that many asset management firms have set out for 2014.

RWC has on average hired one to two fund management teams annually in recent years and plans on adding at least one more team in the second half of 2014. Similarly, data from the global financial services recruitment firm, Roberthalf, revealed that more than 40 percent of firm’s in the UK, Singapore and Hong Kong where looking to recruit new staff this year. When asked for the top three reasons behind the planned increases in headcount, 63 percent of respondents’ selected new projects and initiatives as their top priority for hiring, followed by new market penetration and product or service expansion.

[F]irms are now looking at more junior options for hard to fill roles, as this gives them the opportunity to create home grown talent for the future

To this end, PwC’s Smith said she did not believe that there is a danger that asset managers will start to overstretch themselves as they move further into expansion.

“Asset management CEOs are confident about their prospects and getting more so,” Smith said. “What’s more, their optimism is taking root as they actively invest to stimulate future growth. They’re voting with their pocket books.”

However, the hiring trend might not be entirely suited for asset managers’ budgets. As salaries have started to soar, almost two-thirds of firms have raised salaries for their top employees, data from RobertHalf revealed. Bolstered by their own renewed confidence or possible dissatisfaction with their careers and remuneration prospects in recent times, financial services professionals have been demanding higher salaries across the board.

Not long ago a five to eight percent increase from previous roles was the norm – now that figure stands closer to 10–20 percent as candidate demand increases. “We are seeing more pressure on salaries in higher demand areas and candidates’ expectations are increasing in terms of what they expect to receive as they perceive the recruitment market to be improving,” Pineger said.

The increase in demand and growing pressure on salaries is also forcing firm’s to think of new hiring tactics, the recruitment firm’s reveal. Now, asset management firms will need to increase salaries to attract top talent, as well as employ competitive tactics, such as hiring entire portfolio teams in an improving recruitment market, Pineger added.

Finally, firms will need to think of long-term solutions for roles where candidate demand is high. In many instances, firms are now looking at more junior options for hard to fill roles, as this gives them the opportunity to create home grown talent for the future. Mannix agrees with this strategy.

“The availability of people below senior level is still really strong and here, we’re still experiencing an amazing level of response. This is partly because a lot of people are coming out of banks and sell functions as they continue to cut costs in these areas. So people are eager to get in to asset management, which at the moment offers more long-term security,” Mannix said.

With the asset management industry set to grow exponentially in 2014, fostering junior talent could very well be advice to live by, as more firms look to strengthen their investment teams now that the markets are picking up.