Increasing capital requirements are pushing banks to find new revenue streams such as wealth management, which with its fee-based advice and wealthy clients is quickly becoming a new industry favourite 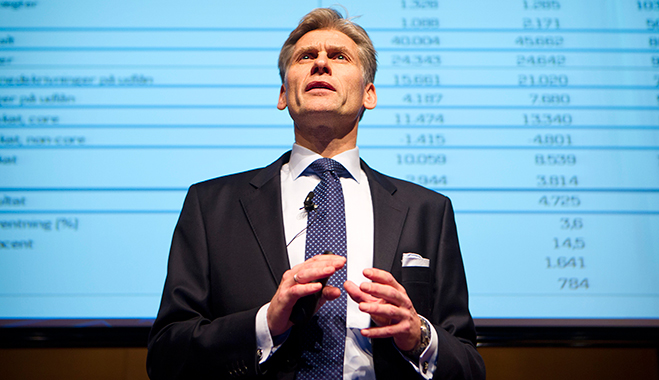 Banks are set to become bigger players in the wealth management space, as large finance houses are looking to boost revenues by focusing on wealth management and private banking. In a recent study, over half of bank executives said that they expect to grow their revenue from wealth management practices by 25 percent in the next five years.

After dealing with the financial meltdown and the effects of regulatory change, banks are focusing on new revenue opportunities, with a particular interest in fee-based business, the Fidelity Bank Wealth Management Study said. “The last five years elevated the position of wealth management in banks – it’s become the growth engine,” says Mike Norton, head of the banking segment for Fidelity Institutional.

In a survey of more than 140 executives at regional, national and community banks, Fidelity found wealth management was a key growth target, with 42 percent saying that their company increased focus on wealth management over the past five years.

Nordic banks taking the lead
The phenomenon has been particularly strong in the Nordics, where banks have been struggling to improve overall liquidity. Denmark’s largest retail bank, Danske Bank announced a new, somewhat unpopular, corporate strategy in the autumn of 2012. By closing teller services across the country and implementing high fees on retail banking services, the bank shunned the broader public in the hopes that a renewed focus on advisory services would pay rich dividends.

As such, the bank launched the strategy ‘new standards’ which led to the closure of a number of branches in exchange for 80 new advisory centres catering to the wealthy. “These centres will offer personal customers expert advisory services from specialists in all aspects of personal finance,” the firm said when announcing the new strategy, which aims to attract more private and corporate clients.

This shift in focus is an issue that has faced other European banks looking to change their client segmentation policy, such as going after higher-value clients by raising minimum deposit amounts, to increase overall profitability.

Danske Bank decided to focus on services that would attract high net worth clients, while introducing fees for the broader public when for example, opening a checking account

The move came at a time when Danske Bank’s returns and overall performance was less than impressive. The bank had to take drastic measures to increase revenue, explains one of Denmark’s leading financial commentators.

“Danske Bank’s return on equity has not been good enough in recent years. In particular, the other major bank in Denmark, Nordea, has fared better,” said Morten Jeppesen, former editor of Denmark’s leading business publication, Borsen.

“As such, Danske Bank has been forced to improve earnings, and in this respect, the new customer strategy is an attempt to increase the profitability of each customer.”

Over the course of 2012, Danske was losing the revenue battle to major competitors in Scandinavia. The Nordic financial powerhouse Nordea and the Swedish banks SEB and Handelsbanken performed significantly better on returns on equity than Danske Bank.

Notably, Stockholm-headquartered Nordea puts its relatively good results down to a strong revenue stream from its enhanced wealth management business. Despite low growth and interest rates giving the banking group a slight dip in income for 2013, its wealth management division shined as assets under management reached an all-time-high of €233bn.

According to Nordea’s Executive Vice President and Head of Wealth Management, Gunn Waersted, the seven percent year-on-year gain from 2012 was driven by the firm’s focus on revenue-generating business.

“A key driver for Nordea’s focus on wealth management is regulation. At the moment, there’s a lot of focus on capital build-up. So from a bank perspective, it is of course very interesting to have an area that provides growth and does not consume any capital. So it’s in the interest of the group to focus more on wealth management.”

As a result, Nordea is bolstering the wealth management division with new hires and offices in order to boost revenues further, as Nordic retail banking and high costs continue to provide tepid incomes.

Tricky strategic move
Similarly, Danske Bank decided to focus on services that would attract high net worth clients, while introducing fees for the broader public when for example, opening a checking account. Such practices are generally uncommon in Scandinavia, where banking clients often enjoy free services and accounts and subsequently, Danske’s move was considered extremely unpopular by the press and public alike.

“In Denmark, the bank was met with a lot of criticism. In particular, the Danes have been very critical of the model where it now costs money for the weakest customers to have an account with the bank,” continued Jeppesen. Since the move, client trust has fallen drastically and even though the bank still has about two million retail clients, the first quarter of 2013 alone saw 30,000 clients leave the bank for other firms.

However, there is no question that the shift in strategy was the right thing to do, said Jeppesen. “The bank had no other option. If not, Danske Bank’s market status would have been beaten by competitors. The question is more whether the bank’s way of doing it, has been the right one,” he added.

“Danske Bank’s ambition is to increase the profitability of each customer, thus increasing return on equity. It is still too early to tell whether the strategy will succeed. In the short term, however, the bank has improved its ability to make money, while it has managed to take control of write-downs.”

Since Danske implemented the new strategy in the third quarter of 2012, results have gradually improved. At the second quarter of 2012 its results revealed a net profit of $266m. Since then, revenue gains helped increase profits by 51 percent year-on-year to $1.29bn by the end of 2013. Similarly, one of the few units not suffering from customer dissatisfaction is Danske’s private banking business, which saw its assets under management rise six percent to $56trn, as an increase in customer numbers significantly bolstered the division throughout 2013.

Growing trend
Interestingly, Danske is not the only bank considering the advantages of a change in their customer base. “My impression is that many other banks work with a similar strategy,” said Jeppesen, who has followed the Scandinavian banking and wealth management industry closely.

The Fidelity survey noted that a third of the surveyed banks’ wealth management units contributed, on average, 28 percent to the institution’s overall revenue. That revenue contribution has increased 40 percent at these banks over the past two years. As mentioned before, Nordea has long since improved revenue thanks to an impressive growth in wealth management clients since 2011. This essentially comes down to a well-functioning elevation model, which sends complicated clients from retail to private banking – within the Nordea group.

“In this model, we see that the customers have higher satisfaction, higher returns on their portfolios and from an financial perspective, the group earns more. We also saw that the income increase for the customers moved from retail to private banking was 160 percent,” said Waersted, when referring to the group’s 2013 results.

Such elevation models might be the key to banks successfully pivoting towards wealth management. According to Fidelity, banks are in a particularly good position to build a reoccurring revenue base through wealth management. Almost half of the bank executives interviewed, said that clients feel comfortable in the bank setting, and 44 percent felt banks offered more personalised services than larger brokerage houses.

Major Swiss banks UBS and Credit Suisse recently announced that they plan to cater increasingly to ultra high net worth clients, as both firms look to scale down their investment banks and reinforce wealth management in order to boost earnings and make future profits more reliable.

In this respect, both banks explained that wealth management is a steadier business with “lower costs and significantly less costs”. The latter becomes particularly important, as capitalisation needs to actually continue to climb. The hope is that increased co-operation between private and investment banking will strengthen client flows in investment banking and boost overall group numbers.

It is worth noting that as regulatory requirements continue to become more complex, smaller RIAs are increasingly challenged by the demands of the wealthy in conjunction with large-scale compliance issues. In this respect, larger banks are to some extent better equipped to deal with legal requirements as well as provide the holistic approach that investors and private clients are increasingly looking for.