Saudi Arabia’s Vision 2030 and its wealth of potential

Saudi Arabia’s Vision 2030 programme will drive growth across the country, most notably in its asset management, tourism and insurance sectors 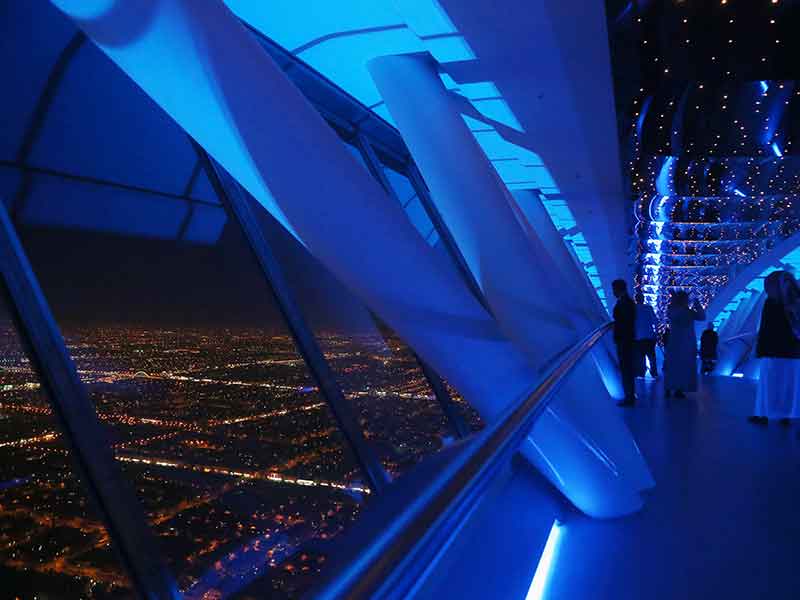 The effects of Vision 2030 on various Saudi sectors are far-reaching, but among those set to benefit is the asset management sector
Asset Management | Wealth Management
Interview with: Khaled Waleed Al Braikan, Head of Asset Management at NCB Capital

According to Tadawul data, Saudi Arabia’s economy accounts for around half the $1.6trn represented by the GCC overall, making it the biggest market in the Arab world and the 19th-largest on the planet. The country is undoubtedly a global behemoth – however, tumbling oil prices and subsequent OPEC cuts in oil production over the past two years have dealt their share of blows to the economy. In January 2017, the IMF slashed its 2017 forecast from nearly two percent to 0.1 percent. However, its forecast for 2018 – announced in October – predicts an increase of one percentage point.

In May 2016, the Saudi Government laid out plans to modernise, diversify and globalise its economy under its Vision 2030 plan, implementing a series of wide-ranging reforms designed to open the kingdom to foreign investors, reduce its reliance on oil exports and bring it in line with the world’s most powerful emerging economies.

“My first objective is for our country to be a pioneering and successful global model of excellence on all fronts, and I will work with you to achieve that,” declared King Salman Bin Abdulaziz Al-Saud at the project’s outset. By loosening restrictions on outside investors and introducing new regulations, Saudi Arabia’s predominant goal under the programme is to rank itself among the top 15 economies in the world by 2030.

The effects of Vision 2030 on various Saudi sectors are far-reaching, but among those set to benefit is the asset management sector. One company capitalising on such opportunities is NCB Capital, the investment banking and asset management arm of National Commercial Bank, Saudi Arabia’s first bank.

What the future looks like
Though the Vision 2030 reforms are wide-ranging and carry significant positive implications for the Saudi economy in the longer run, they have also sped up the process of opening the Saudi market to international investors. Al Braikan believes the potential inclusion of Saudi Arabia in the MSCI Emerging Markets Index (a decision expected to be made in mid-2018, according to The National) is among the most significant outcomes of the ongoing stock market reforms: “The MSCI and FTSE Russell indices are benchmark indices for equity investment managers globally. As Saudi Arabia becomes part of these indices, we expect to see many more regional and international investors coming to the Saudi market.”

If the MSCI inclusion goes ahead, it is expected to bring significant international portfolio inflows to the Saudi stock market. Beyond that, there are various regulatory reforms already underway to help achieve the targets and encourage the interest of overseas investors. Since June 2015, for example, international equity investors with assets under management of more than $5bn have been able to access the Saudi exchange by applying to become Qualified Foreign Investors (QFIs). In 2016, market authorities lowered this assets under management cap to $3bn in order to facilitate more QFIs’ entry into the kingdom.

April 2017, meanwhile, saw the switch from a T+0 to a T+2 settlement cycle for listed securities – a model used by the majority of leading emerging markets to make stock market transactions more secure, and to attract more investment from overseas. Whereas execution and settlement previously took place on the same day, investors now have two days to verify deals and arrange funds.

Al Braikan refers to the recent authorisation of short selling as a further incentive to foreign investors, who now have the option to sell borrowed stocks and hedges. There is also the Independent Custody Model, which means international investors can now allocate a global custodian bank to hold their assets, rather than having to use a local broker.

It is not all about larger corporations, though. Just as important has been the increased focus on the SME sector. According to Al Braikan: “The government is looking to especially support this area in order to help drive the growth of non-oil revenue. One of the initiatives has been the creation of the Nomu-Parallel market, designed to allow SMEs to access and raise additional equity capital.”

Developed as an alternative to the traditional stock exchange, Nomu is a lighter market with more flexible listing requirements than the Tadawul. It has been designed to enable smaller companies to get listed which, in turn, will stimulate the wider local economy.

The Nomu market is restricted to qualified investors, whereas companies require a minimum market cap of SAR 10m ($2.7m). So far, the new market seems to be proving a success. “There appears to be a great deal of initial interest from the companies seeking to list on the Nomu-Parallel market, which is expected to grow significantly over the coming years,” continued Al Braikan. “Some of these companies, though relatively small, could eventually become future champions in the sectors in which they operate.”

Tourism and business
The reforms under Vision 2030 and Saudi Arabia’s National Transformation Programme 2020 (NTP 2020) have far-reaching effects across many sectors at Tadawul. Al Braikan highlighted a number of sectors that stand to benefit as a result of these reforms. The Saudi telecoms sector, for example, will see growth in three key areas: higher fibre optic coverage across the kingdom; improved availability of frequency spectrums to Saudi telecoms companies; and extensions in wireless broadband availability to remote areas. Al Braikan also highlighted that, under Vision 2030 and NTP 2020, the Saudi Government intends to fully privatise the electricity generation capacity while restructuring the existing power utility.

The government will also bring power tariff reforms through the removal of further subsidies. Speaking about the Saudi minerals sector, Al Braikan referred to these reforms as the future growth engine of the industrial sector, as Vision 2030 incorporates major investment plans to develop the mineral sector. On Saudi healthcare, Al Braikan revealed that Vision 2030 promises major reforms, including the privatisation of government hospitals, further optimisation of current healthcare spending, incentives for the private sector to step up its investments, and addressing lifestyle diseases through lowering smoking levels and curbing obesity.

Al Braikan is also extremely positive about the future of religious tourism. Vision 2030 aims to increase the number of Hajj and Umrah pilgrims through sustained investments in the physical infrastructure of the two holy cities. Accordingly, this should benefit the listed enablers of this sector. Al Braikan is also of the view that developments such as the evolution of real estate investment trusts (REITs), the imposition of white land taxes, and higher government spending commitments to build houses for the masses will create opportunities for the listed real estate sector. Al Braikan also named the insurance sector as a key beneficiary of Vision 2030.

According to Al Braikan: “Saudi Arabia has strong investment capabilities and tremendous growth potential. This is on the back of the kingdom’s strategic location, immense natural and mineral resources, and favourable dynamics.

“Saudi Arabia is ideally located in the midst of Asia, Europe and Africa. This enables the kingdom to offer transit and gateway facilities. Ultimately, Saudi Arabia can emerge as a major regional trade hub. Furthermore, Saudi Arabia can build upon its industrial base that takes advantage of its vast natural resources. Given the mining potential in the kingdom, sectors and industries can further be developed in areas such as phosphates, metals, energy and petrochemicals.

“The general dynamics of Saudi Arabia are also heavily in favour of investment development, and steps in this regard include the development and expansion of religious tourism and the expansion of physical infrastructure, such as airports and other supporting transport systems. The demographic dynamics of the kingdom are also extremely favourable – this enables the development and furthering of local talent and technological penetration in new and unique areas.”

Al Braikan highlighted the marked reduction in the government budget deficit from SAR 91bn ($24.3bn) in Q1 2016 to SAR 26bn ($6.9bn) in Q1 2017. This allowed the government to reinstate allowances for public sector employees. NCB Capital believes that restoring these allowances will increase average household income and may also increase the discretionary spending capability of a household in general. Al Braikan also pointed out that recent international sukuk issuance will further improve liquidity in the local market.

Targeted growth
Al Braikan believes the reforms will have a long-lasting impact on the overall health of the Saudi economy. He said: “Over the longer term, the market should benefit and grow in terms of both depth and breadth, as more companies are listed, including privatisations, and additional sectors are added. The more the listed companies reflect the overall economy, the more relevant it will be for investors seeking liquid access to the long-term Saudi economic story.”

NCB Capital’s own part in all of this is clear. By matching sources of capital with investment opportunities, the company will continue to support local firms as they develop, helping them raise essential capital. “NCB’s existing business strategy focuses on capitalising on the opportunities brought about by the kingdom’s ongoing transformation into a more diverse economy,” said Al Braikan. “We are closely watching the market dynamics of REITs, for example, and may come up with appropriate products in the medium term to capitalise on this opportunity.”

He concluded: “During 2018, our focus is likely to stay on growing our businesses within asset management, brokerage and advisory services. The changes coming as part of Vision 2030 will accelerate growth in many sectors, and therefore create opportunities for companies and investors alike.”