The changing face of European taxation

World Finance spoke to Thierry Afschrift, founder of Afschrift Law Firm and university professor, about how tax lawyers can respond to a changing European environment 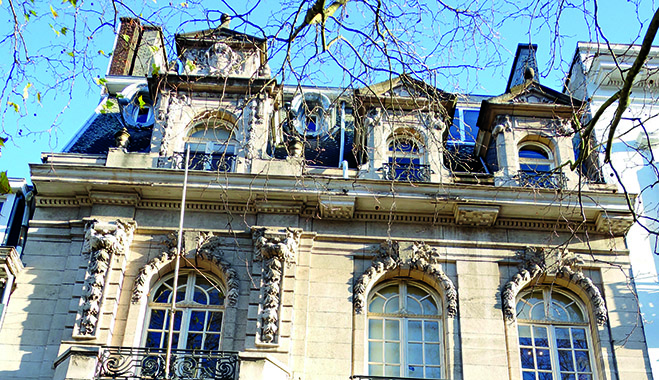 In keeping with much of Europe, Belgium’s tax system has been subject recently to a shift of important proportions, as policymakers there look to boost entrepreneurship and reduce the financial burdens weighing on lesser earners. The “Belgian tax shift”, said Thierry Afschrift, Partner and Founder of the Afschrift Law Firm, is a package of measures designed to do just that, “by means of enhancing private initiative in the process of funding newly incorporated companies”.

Founded in 1994, Afschrift Law Firm seeks to advise and defend taxpayers in its native Belgium, the financial hubs of Europe, and beyond. This is all the more important now European and Belgium tax systems are home to far-reaching and radical reforms. Aware tax law is a constantly evolving discipline, the firm’s professionals go above and beyond to ensure their clients are kept in the loop about any developments. The association will be of vital importance in the near future as individuals and companies come to terms with the latest changes.

“I believe that these measures will have an impact on our business”, said Afschrift, “as, for the first set of measures, hopefully taxpayers will be willing to take advantage, in order to optimise their tax situation. In order to do so, they will need advice concerning which rules apply to their situation and the actual implementation of the operations.”

A Belgian transformation
Under this framework, the so-called Cayman tax has been introduced into Belgian law. Under cover of this law, patrimonial structures with no legal personality (such as trusts, foundations, etc) and those subject to extremely low tax (under 15 percent) will be seen as transparent, said Afschrift. Any owner will be taxed on the resulting revenue as if the income were received, even if, in fact, they received nothing.

“On the other hand, it is obvious that the measures taken against structures such as trusts, most of the time legally incorporated and sometimes even approved by the tax administration, have caused a real earthquake”, said Afschrift. “Very often, taxpayers’ tax optimisation and (more often) estate planning operations have become ineffective from one time to another: under these circumstances, it has become urgent to find solutions in order to limit or prevent damages for our clients.”

Far from the only change to the system, the government has also decided to tax ‘speculative’ capital gains at a rate of 33 percent. Speculative capital gain is to be defined as shares (and in principle, stock-options) that have been sold less than six months (individuals) or one year (companies) from the date of acquisition. “On the contrary, and in any case, capital losses remain non-deductible”, said Afschrift. “The new tax will be withheld: if the sale takes place through a Belgian bank, the tax will be withheld by the bank and be considered as liberatory; on the contrary, if the capital gain occurs at the intervention of a foreign bank, the debtor will have to declare the capital gain in his tax statement.”

Any owner will be taxed on the resulting revenue as if the income were received, even if, in fact, they received nothing

Speaking about whether the move amounts to a positive step at all, Afschrift said, “implementing a new tax is rarely a good option”, and doubts both its effectiveness and the “good sense” of such a system.

Afschrift pointed out speculative capital gains were already taxed under Belgian law if the tax administration could prove the speculative intent of the investor. “Under the new set of rules, given the choice on an objective criterion, a private investor could be taxed even if he had no intention at all to speculate, just because he has decided to sell within the six months of the acquisition (and without taking into consideration the reasons of such transaction).

“Furthermore, most of the taxpayers possibly concerned by these measures will only have to wait until the expiration of the delay before selling. In my opinion, this rule will not apply very often and, when it does, will sometimes penalise normal, and exempt any kind of speculatively intentioned, operations.”

Another development of note is the ‘tax shelter for starter’ measures, which aim to find new ways of financing companies, primarily through crowdfunding. In it, the investor provides the company with cash under whatever form they see fit and receives in compensation shares of the company.

Under the new regime, individual taxpayers (companies are excluded) investing in the frame of the new regulations will benefit from a (federal only) tax reduction, should they subscribe to the capital of a newly incorporated company or a capital increase of an existing company. This is provided the increase takes place within the first four years of the incorporation and under the condition that the shares have been fully paid up.

Other measures have been put in place, including a partial withholding of the income tax for wages, the exoneration of the individual’s income tax, and a withholding tax, concerning the interest that an individual can receive when lending to an eligible company.

“In this way, as has been wished by economists throughout the EU, taxes are used as drivers for the reallocation of funds”, said Afschrift. “By encouraging and enhancing the investment in the capital of starter companies, companies find access to liquidities, while private investors are directly implicated in the economic life of the country, resulting in a win-win situation.

“Entrepreneurship is thus encouraged through private initiatives, which means cash flow needs are met more easily while banks take less risks, the whole situation being highly beneficial for the creation of jobs.”

The European climate
Afschrift saw overregulation at all levels, both national and European, as a major issue for lawyers, especially for those specialising in taxation. As a result, the margins in which to manoeuvre narrow as it becomes increasingly difficult for lawyers to serve their clients’ legitimate interests. A similar problem arises from the fact that private life and individuals’ rights are restricted.

“The economic crisis, combined with the application of VAT on lawyers’ fees, had huge repercussions on the capacity of the clients to face their financial obligations towards their lawyers, while, in the meantime, they had to exercise their right to be properly advised and, more importantly, defended”, said Afschrift. Lawyers in the EU therefore face more competition than before, as the private sector and certain associations, helped by the internet, propose – sometimes illegally – services previously restricted to lawyers.

“As always, difficulties create opportunities, and the first advantage is that difficulty pushes lawyers to raise the quality of their services: they become, or in any case should become, better”, said Afschrift. “It is obvious that overregulation and pressure from governments and international organisations creates a more pressing need for professional help. Furthermore, the impact of EU regulations on the different national legal systems puts EU lawyers in a position to work in many countries and collaborate on a solid basis with foreign colleagues.”

In doing so, firms can exchange ideas and put in place more effective means and systems of defence for their clients, notably, but not exclusively, by taking advantage of the tax competition that exists between EU member states.

Afschrift summarised the current trend of EU institutions as: “Standardise, discover, tax and collect.” EU institutions, he said, “actually confirmed their wish to achieve equitable taxation, by implementing measures which will supposedly lead to the total elimination of tax competition between member states (notably by eliminating, to the extent possible, the differences between national law systems) and enable the member states to achieve two main targets: eliminate secrecy and fight against aggressive tax planning”.

Elsewhere, considerable emphasis has been placed on the need to optimise the effective collection of taxes, notably by developing exchange of information procedures.

“Of course, if the targets seem legitimate, the means used in order to achieve them are very often inadequate or disproportionate and may thus lead to a restriction of taxpayers’ rights, and especially their right to privacy”, said Afschrift. “Furthermore, a ‘standardisation’ of national tax laws and regulations would likely lead to inequalities, plus or minus identical rules would apply to taxpayers who are in different situations. In any case, this trend seems, unfortunately, irreversible; therefore, taxpayers will have to fight more vigorously in the future if they want to preserve their fundamental rights.”

As the founding and managing partner of the firm, Afschrift’s intentions are to continue providing the same level of service to clients, “while absolutely respecting the attorney-client privilege and, at the same time, respecting all applicable laws and regulations, as fraud is not an option”.

To achieve this target, the association’s first priority is to continue innovating (innovation is the trademark of the firm) in order to give clients secure and legal solutions. “On the other hand”, he said, “we intend to respect our commitment to defend the taxpayers before any kind of national or European jurisdiction, in order to enforce their rights, currently too often violated.

“In other words, we need to remain committed to excellence in order to serve our clients’ interests in the best possible way: this is our sole ambition.”