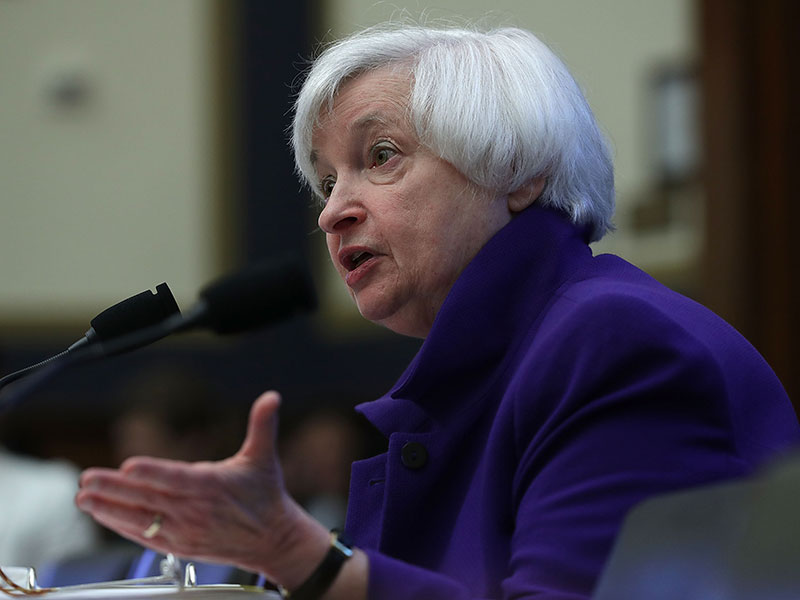 Speaking to the House Financial Services Committee in her semi-annual testimony, Federal Reserve Chair Janet Yellen gave a positive overall assessment of the US financial industry. She noted that post-2008 financial regulations had placed US banks in a better position, and that regulators were continuing to monitor their effectiveness and look out for new risks.

Yellen faced tough questioning from committee members over the practices of big banks and the potential need for them to be broken up. Many committee members also questioned whether banks were still ‘too big to fail’. The concern is that the size of many banks could present a systemic risk to the US economy should they fall into trouble similar to that experienced in 2008. Yellen, however, argued that new regulations had significantly reduced the risk of banks one day requiring a bailout.

Some Democratic members of the committee argued the recent Wells Fargo scandal showed that the large size of many banks made them too hard to manage, thereby encouraging wrongful doing. Stephen Lynch, a congressman from Massachusetts, argued that the practices of Wells Fargo were unlikely to be limited to just the one bank, and that Yellen should “make their life hell”. Democratic Congressman Brad Sherman of California argued that “Wells Fargo has identified two additional reasons to break these institutions up”.

In response, Yellen noted that the Fed has launched a review of compliance regimes for large financial institutions: “We are undertaking a look comprehensively, not only in the consumer area, but compliance generally, because there have been a very disturbing pattern of violations.”

Although it was intended for her testimony to focus on banking regulation and supervision, Yellen also touched on interest rates when questioned. She shot back at previous claims from US presidential candidate Donald Trump that the Fed was holding interest rates low for political purposes at the behest of the Obama administration. She also affirmed the Fed’s political independence, telling the House Financial Services Committee that political partisanship played no role in rate setting.

Following the Federal Reserve’s decision in September to hold the federal funds rate at between 0.25 percent and 0.5 percent, she noted that continued job growth had strengthened the potential for a rate rise in December.

With the pace of employment growth continuing, not removing the Fed’s monetary accommodation risked pushing inflation above the two percent target. However, she noted that there was no “fixed timetable” when it came to raising interest rates.