After shares in the German bank plunge to 30-year lows, hedge funds are looking elsewhere to reduce their financial exposure 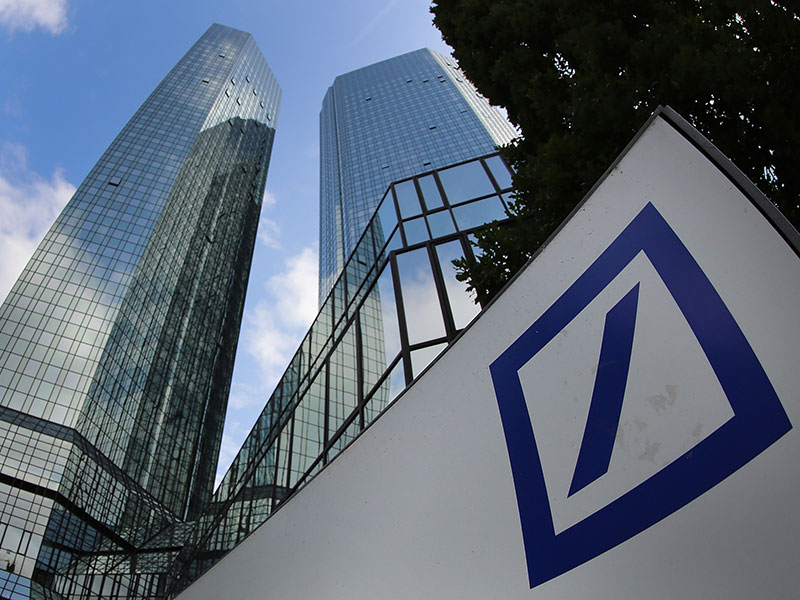 Shares in Deutsche Bank have dropped to a 33-year low following the news that several of the bank's hedge fund clients have decided to move their business elsewhere
Banking | Central Banking
Author: Emily Cashen

German banking giant Deutsche Bank has been sent spiralling into crisis as several of its hedge funds have begun to pull their business from the lender. With concerns over Deutsche Bank’s future mounting, around 10 funds have already sought to reduce their position with the bank by moving some of their listed derivatives holdings to other firms, according to a report by Bloomberg News.

The move serves to further fuel Deutsche’s current financial turbulence. Shares at the investment bank plummeted to a 33-year low this week, sending shockwaves around the wider US banking market and causing banking stocks to fall by 1.6 percent. In the wake of its clients’ decision to move their assets elsewhere, Deutsche Bank shares plunged below €10 for the first time in its 146 years of business.

“In any given week, we experience ebbs and inflows”, Deutsche Bank’s Chairman of Hedge Funds, Barry Bausano, was reported as saying by Bloomberg. “This week is no different; it goes on all the time.”

Recent volatility has caused some industry experts to suggest the German Government could be called upon to rescue the bank, although strict EU legislation makes it difficult for countries to inject state funds into struggling financial institutions. Such a bailout may just prove necessary, however, if the bank were to continue on its downward spiral.

In June, the IMF said the German giant is the world’s most dangerous bank in terms of its contribution to systemic risk. According to the IMF, financial ruin at Deutsche Bank would have a catastrophic effect on the global economy.

In addition to the bank’s new hedge fund woes, the lender is also embroiled in a costly legal dispute with the US Department of Justice. Last week, the regulator hit Deutsche with a $14bn fine after finding the bank guilty of mis-selling mortgage-backed securities in the years leading up to the global financial crisis. While the bank believes its ongoing negotiations with the Department of Justice will result in a substantially smaller settlement, the high-profile probe has reignited investor fears over the financial health of Europe’s biggest investment bank.

Responding to these pressing concerns, the move by Deutsche Bank’s clients is proving to be something of a catalyst for a further share price slide. If more clients follow this lead and pull their business from the lender, Deutsche Bank could well buckle under this mounting financial pressure.