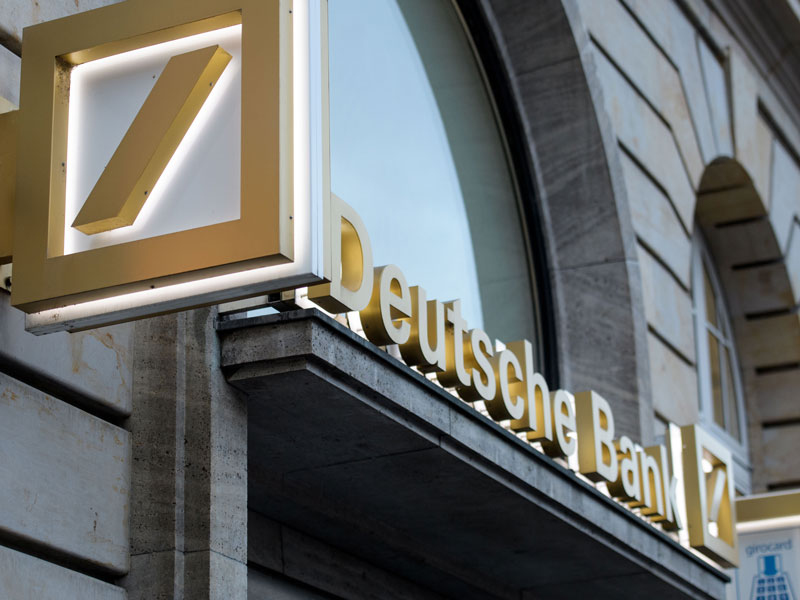 Deutsche Bank has notified German authorities of a number of suspicious transactions that may have allowed customers to falsely claim dividend tax credit, according to data from an internal review.

The transactions in question relate to the issue of American depositary receipts (ADRs). Non-US companies use ADRs to trade on US exchanges, as they are denominated and pay dividends in US dollars.

In July this year, Deutsche Bank was fined $75m for its part in fraudulent ADR transactions

However, some banks can pre-release ADRs, issuing them before the underlying shares are received, provided the broker acting for the counterparty signs off on the transaction.

This effectively means the shares exist in two places simultaneously. As part of the deal, the counterparty theoretically promises the ADR issuer that it will not claim a tax credit on those shares. In the case of Deutsche Bank, this promise was not upheld.

According to sources familiar with the document, the German lender’s internal review found that more than five percent of its pre-released ADR transactions between 2010 and 2015 had potentially been mishandled and German dividend tax credit claimed erroneously.

The review did not include data on whether irregular claims were actually made. If any capital was claimed by its own staff, however, the bank will be expected to repay it in full to the German authorities.

German politician Gerhard Schick said the review clearly demonstrates “illegal conduct.” He told the Financial Times: “you cannot claim tax credit for taxes which you did not pay in the first place.”

The US Securities and Exchange Commission (SEC) has been investigating pre-release ADRs since 2014, after discovering “industry-wide abuses”. A number of lenders, including ITG, Citibank and Deutsche Bank, have already reached settlements with the SEC regarding improper handling of ADRs.

In July this year, Deutsche Bank was fined $75m for its part in fraudulent ADR transactions, with the SEC stating that the lender had been “negligent” in ensuring that counterparties actually owned shares.