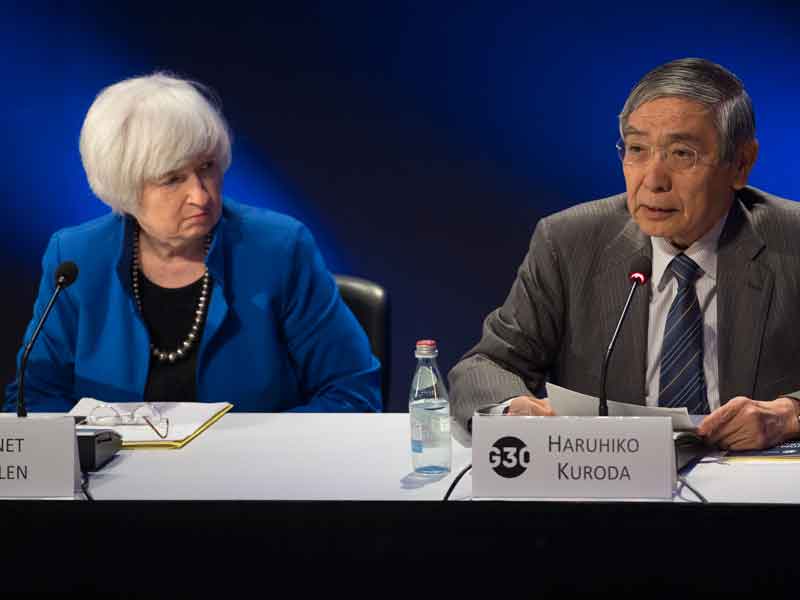 Low inflation despite a strong economic upturn worldwide continues to be a matter of concern among the world’s largest central banks. Their current pace means that stimulus policies implemented after the 2008 financial crisis cannot yet be suspended.

After a week of meetings between the World Bank and the IMF, central bankers’ speeches contrasted with the optimism expressed across the conference. While markets widely anticipate the end of emergency policies, authorities raised red flags about inflation, giving signals that they are in no rush to relax fiscal policies.

Although Yellen said the Fed will soon make another change to rates, she highlighted that inflation has been the “biggest surprise in the US economy this year”. Consequently, Fed officials “will be paying close attention to the inflation data in the months ahead”, suggesting that rate rises are subject to market performance.

While markets widely anticipate the end of emergency policies, authorities raised red flags about inflation, giving signals that they are in no rush to relax fiscal policies.

In August, inflation in the US had risen by 1.4 percent annually, far below the Fed’s two percent target, reports showed.

Yellen has forecast that prices will take a turn next year due to the “ongoing strengthening of labour markets”. However, on October 15 she said that low inflation may not end in the near future: “The fact that a number of other advanced economies are also experiencing persistently low inflation understandably adds to the sense among many analysts that something more structural may be going on.”

That said, President of the Federal Reserve Bank of Boston Eric Rosengren – whose views are usually consistent with Yellen’s – said in an interview on October 14 that the Fed must continue to raise interest rates in spite of inflation.

Europe is also keeping an eye on sluggish rates. Inflation in the Eurozone grew by 1.5 percent annually in September, but it is expected to drop due to decreasing food and oil prices.

Vítor Constâncio, Vice President of the ECB, highlighted that the relationship between rising inflation and decreasing unemployment has weakened in recent months, which could prolong ECB stimulus policies. The institution’s programme will continue “until further notice”, Constâncio said.

According to Bloomberg, some ECB policy makers projected purchases of around €200bn ($235bn) under the bond buying programme in 2018. This would represent a sharp reduction from the €720bn ($850bn) spent at present.

Bank of Japan Governor Haruhiko Kuroda said: “The Bank of Japan will consistently pursue aggressive monetary easing with a view to achieving the price stability target at the earliest possible time.” The two percent inflation target “is still a long way off”, he added.

With the world’s leading central banks moderating the upbeat tone of the conference, the end of easy money is not as near as expected.