The European economy is dominated by small and medium-sized enterprises, but the continent’s complicated financial regulations fail to cater to their unique needs 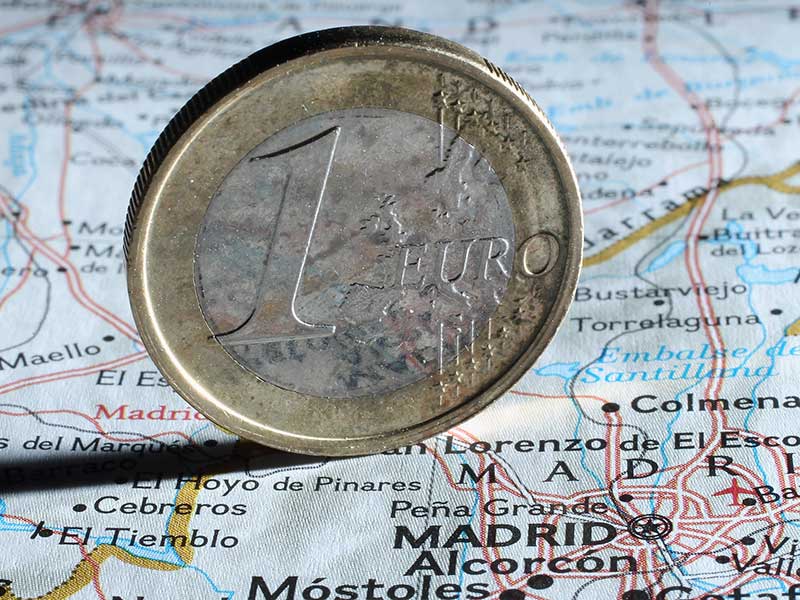 Europe's regulators should follow the example of their US counterparts by focusing on streamlining services, rather than offering a one-size-fits-all approach
Banking
Author: Camillo Venesio, Deputy Chair of the Italian Banking Association

With the eurozone finally back on the recovery path across the whole bloc, EU policymakers should move to the next pressing item in their agenda: financial regulation.

In the wake of the financial crisis, authorities introduced a set of requirements – applicable indiscriminately to the whole banking sector – that occasionally overlap with one another, creating confusion and excessive burdens to lenders with no added benefits. European regulators should thus follow the approach taken by their US counterpart and focus on streamlining these norms, especially with regards to their one-size-fits-all implementation.

The need for balance
On June 12, the US Department of the Treasury published a report entitled A Financial System That Creates Economic Opportunities: Banks and Credit Unions. The paper was issued in response to the executive order signed by President Trump on February 3, which contained seven core principles aimed at improving banking and financial regulation and promoting economic growth.

This highly detailed report acknowledges the importance of adequate financial regulation in order to prevent further crises. However, it also condemns the complicated oversight structure currently in place, caused by the creation of multiple regulatory agencies with overlapping mandates. The authors of the papers therefore call for a “sensible rebalancing” and have put forth 106 detailed and specific recommendations aimed at improving and simplifying the regulatory framework.

Banking regulations often overlap with one another, creating confusion and excessive burdens to lenders with no added benefits

According to the report, this rebalancing is critically important. The report explains that the implementation of such banking and financial regulations “created a new set of obstacles to the recovery by imposing a series of costly regulatory requirements on banks and credit unions, most of which were either unrelated to addressing problems leading up to the financial crisis or applied in an overly prescriptive or broad manner”.

Furthermore, according to the report: “The sweeping scope of and excess costs imposed [by regulations] have resulted in a slow rate of bank asset and loan growth.” Moreover, “small business lending has been one of the most anemic sectors, barely recovering to 2008 levels. By comparison, origination rates for large business loans are at record levels… The lack of tailoring and imprecise calibration in both capital and liquidity standards have diminished the flow of credit to fulfill loan demand”.

Herd mentality
The authors dedicate an important part of the document to community banks and credit unions (the US equivalent to less significant institutions (LSIs) in Europe, Banche di Credito Cooperativo in Italy and Raiffeisenbanken in Germany and Austria), highlighting their importance with regards to financing and services for households and small and medium-sized enterprises (SMEs).

Now, the definition already indicates a different approach to and respect for the banking sector in general, and local and regional banks in particular, which are among the main lenders to SMEs in Europe, as in the US. But this is not enough: it is clear that each LSI does not pose any systemic risk and therefore could overall be subject to simpler rules. Nevertheless, recently the heads of the Single Supervisory Mechanism publicly stated that smaller banks are “systemic as a herd”.

Therefore, imagine the feelings of those who work in a small or medium European bank. Besides being considered ‘less significant’, they must also comply with almost all the rules applied to a large group because they are part of such a herd. At the same time, the report underlines that, in the US, the “Treasury strongly supports efforts to further enable our community bank and credit union sectors”. It also noted: “Treasury recommends that the overall regulatory burden be significantly adjusted. This is appropriate in light of the minor complexity and lack of systemic risk of such financial institutions.”

Following America’s lead
The very strong arguments for a sensible rebalancing of the regulatory framework are coherent with the frequent arguments by bankers in close contact with the real economy. Regulations themselves are not the cause of a restriction in lending to smaller counterparties – rather, their excess, overlaps, inadequate coordination and intention to heavily reduce banks’ risk-taking are. These factors curb the overall growth of the economy, as SMEs account for more than 99 percent of the total number of enterprises in Europe.

I am not, therefore, proposing the non-application of the Basel III standards and other rules for all banks with assets below $10bn, as indicated in the US Treasury report. I simply recommend the significant and concrete application of the principle of proportionality – namely, the rules should really be relevant to the size and complexity of banks.

Moreover, the US has a population slightly lower than that of the euro area, but twice as many lenders. Regardless of this situation, there is no mention in the report that the number of banks is excessive, assuming that the number of operators in any sector is determined by the market and not by the regulators.

So, it appears that Article 119 of the Lisbon Treaty is sometimes forgotten: EU member states’ economic policies are “conducted in accordance with the principle of an open market economy with free competition”.

I very much hope that European political authorities will undertake the same in-depth studies, rigorous analysis and engagement with the different views as their American counterparts did. This will allow them to assess the potential revision of European banking and financial industry regulations, giving appropriate recommendations to regulatory authorities based on concrete evidence.